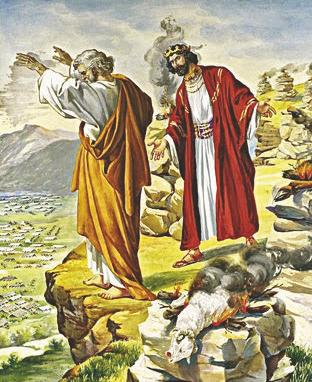 As we all know, the time of Purim is dedicated to fighting the influence of Amalek. But who exactly is Amalek? What is their power, and why must it be eradicated?

In the prophecies of Bil’am harasha (Bamidbar 24; 20) it is written, “Amalek is the first of the nations, and his end will be everlasting oblivion.” The Torah describes Amalek as a nation that, at the end of days, will cease to exist. Even in the Days of Mashiah, when the entire world will be brought to its perfect state, Amelek will not exist. When every other nation in the world will be fulfilling its function assigned to it at the dawn of time, Amalek will best serve the world by leaving it. But why is this so? What is it about Amalek that precludes any hope of salvation? Why is this one nation the only one that cannot be brought to fulfill a higher purpose?

The answer is alluded to in the beginning of the above pasuk, that Amalek is “the first among the nations.” Though all the nations of the world opposed the existence of B’nei Yisrael at one point or another, Amalek was the first to do so, thereby earning everlasting destruction. Let us probe this idea further.

The Power of Cynicism

In the Torah, the attack of Amalek on the Jews in the desert is immediately followed by the words, “Vayishma Yitro – And Yitro heard.” What did Yitro hear? The Midrash Rabba says that he heard about the war of Amalek and Hashem’s decree in its aftermath, that He would erase all memory of Amalek from the world. The Midrash applies the pasuk (Mishlei 19; 25) that states that when a cynic is punished, the fool gains wisdom. Amalek and Yitro were both involved in Par’oh’s scheme to destroy us, but when Yitro heard of Hashem’s intent to destroy Amalek, he took the lesson to heart and repented. Though the cynic himself gets no benefit from being punished, he serves as a lesson for others to improve their behavior. Amalek here is labeled a cynic, who by definition lets all rebuke roll off of him with no lasting impact. Yet, he can serve as a lesson for others. Where, though, does this label of cynic come from? How does Amalek’s behavior earn him the title of letz? Let us examine this.

The Gemara (Megilla 25b) tells us that all cynicism is prohibited, besides that which mocks idol worship. Certainly this applies to all mockery of evil, on any level. The reason that the Gemara chose to single out idol worship for this statement is that the essence of cynicism is to devalue that which others hold in high esteem. Rabbenu Yona explains the pasuk (Mishlei 27: 21) that states, “as a crucible is for silver and a furnace for gold, a man according to his praise.” He says that this means that the essence of a man can be discerned by that which he praises. If one is constantly praising and admiring those who are far from the will of Hashem, then we can know for certain that he himself is far from Hashem, as well. Though he may spend his days studying Torah and doing mitzvot, by seeing where he puts his admiration his true allegiance can be known. Conversely, we may find someone who does not study Torah as much as he should, and doesn’t expend much effort in doing mitzvot. Yet, when a talmid hacham enters the room, he shows honor and respect. His children hear the way he speaks with reverence about those who study Torah. His admiration and praise are reserved for those who are following in Hashem’s ways. This man is closer to Hashem than the other, who studies the Torah but has no respect for it. A man according to his praise.

The Natural Tendency to Put Down Others 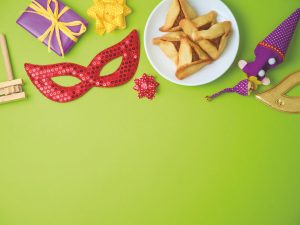 Yet before the discernment is made about what one’s praise is for – a different question must be asked. Does he have the capacity for praise and admiration in the first place? In each of us lurks a powerful urge to devalue and bring down anything that others hold dear. We will seek out and find the “chink in the armor,” and expand that to totally destroy any admiration we may feel for someone or something worthy of such.

“That rabbi? People think he’s so great. I remember when he was a kid, we used to play basketball every Shabbat together!”  “You’re saying tehillim with 40 people? Waste of time. All these are tricks and segulot.”

We have the tendency to try and knock anything that may lead us – or others – to a higher state of existence. This is the power of cynicism – leitzanut – which is anathema to all spiritual growth. Leitzanut has the power to negate even the most powerful and awe-inspiring display of Hashem’s presence. Indeed, Eliyahu Hanavi himself, when making his demonstration at Mount Carmel, gave a special prayer that no cynic should toss out a careless word and undo all his work. Cynicism is among the most destructive powers that exist, and those who practice it are excluded from the Presence of Hashem.

The Power of Praise and Elevation

So, before we can ask if we are praising and admiring those people or actions that deserve our praise, we must first ask ourselves – do we have the capacity to admire in the first place? Are we bringing ourselves and those around us to a higher plane of existence, or do we indulge in leitzanut to denigrate and devalue the Word of Hashem? Once that question can be satisfactorily answered, we may then examine the direction of our admiration and ensure that its targets are the proper ones.

This, then, is why chazal chose the example of idol worship to illustrate the proper use of mockery. Idol worship is the extreme case where men built up and admired – to the point of worship and servitude – a false ideal. They used the power of elevation not for its intended purpose of increasing the honor of Hashem, but rather to promote falsehood and debauchery. This is the perfect illustration of what we must mock, and all other examples flow from this. This form of mockery is not the destructive leitzanut, but rather is a natural outgrowth of the power of elevation – of the proper type – by which we must negate all that which opposes the will of Hashem.

This returns us to the actions of Amalek. The simple test to determine whether we are on the path of elevation or of mockery is to examine how we react to being corrected or rebuked. If we cannot stand to be told that we have been doing wrong – that is the classic symptom of the letz. Only one who is actively seeking a higher existence can be rebuked effectively. When we can thank the one who points out an error in what we are doing, then we know that we are on the path of elevation.

Amalek, on the other hand, is the embodiment of that destructive power of leitzanut. Rashi (Devarim 25:18) tells us that Amalek “cooled down the boiling water” of the fear that gripped the nations when they attacked us so soon after we left Egypt. All the world had witnessed the might of Hashem and the strength of His love for us, and they were all in awe – and admiration – of Hashem and His nation. Amalek couldn’t stand that. They set out to prove that we were just like all the others. The Jews aren’t untouchable. We can be attacked, and though they were defeated Amalek made a real fight of it. They cooled the ardor. They found the chink to exploit.

Amalek embodies the essence of mockery and cynicism. And that is why they must be destroyed forever.

In a world that has returned to its intended mission, a world where every nation is serving its higher purpose, all will be on the path of elevation. The time of Mashiah will usher in a reality where every person and every nation will know their place, and how they are expected to increase the honor of Hashem. Even the bitterest enemies that we have known will be devoted to and praising Hashem. As we say each morning in Pesuke d’zimra – “Malchei eretz v’chol leumim…yehallelu et Shem Hashem. Kings of the land and all nations…will praise the name of Hashem.” That world has no place for a cynic. Amalek and his power can serve no purpose on the path of elevation, for theirs is one of mockery and denigration.

The only thing they can do is disappear, may we see it soon and in our days. Amen.