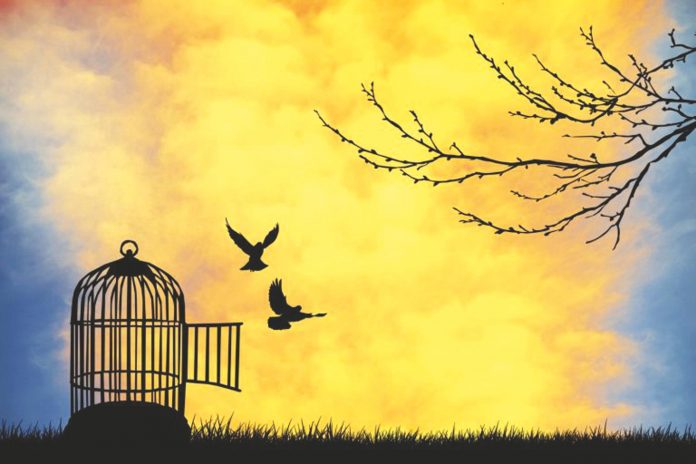 Pesah is the time when we commemorate our freedom and the birth of our nation. But we are meant to carry its lessons with us throughout the year, as well. Based on the teachings of Rav Moshe Shapiro, zt”l,  we will attempt here to explain one way to accomplish this.

The Rambam writes in the beginning of his commentary to the tenth perek of Masechet Sanhedrin that there are thirteen fundamental beliefs that every Jew must believe in order to be considered a Torah Jew. We are familiar with these as “The Ani Ma’amins,” based on one of the prevalent encapsulations of these teachings. The Rambam explains at length the definition of each of these foundations and exhorts us to “review them many times and contemplate them with a deep understanding” in order to fully internalize their lessons.

Now, the question can be asked: from where does the Rambam draw the fact that there are fundamentals in the first place? Where do we find that there are certain beliefs without which one’s observance is meaningless?

The Exodus as Our Guide

If we look in the Torah, we find yetziat mitzrayim mentioned many times in conjunction with the keeping of the commandments. Indeed, we read every day at the conclusion of the shema: “I am Hashem your Gd who brought you out of the land of Egypt in order to be your Gd.” What we see, both implicitly and explicitly, is that the Exodus was not merely a means to free us from slavery, but was an integral part of the crafting of a nation that was established to represent Gd on earth. Let us delve into this a bit deeper.

The Ramban writes in his commentary to the first of the Aseret Hadibrot that “this commandment (anochi Hashem Elokecha) shows and commands them that they should be aware of, and believe in, the fact that there is a Gd, and that he is their deity.” And so he continues to elucidate there.

What is clear is that the very first commandment that we heard on Sinai consisted of setting yetziat mitzrayim as the cornerstone and foundation of our belief. That the command to believe in Gd is inextricably enwrapped in the events of the Exodus.

Let us now examine Rambam’s Thirteen Principles and how they were incorporated in the events in Egypt.

Let us pause for a moment and examine the nature of the mission of Moshe Rabbenu. He was a navi – one who speaks the word of Hashem – but we had millions of nevi’im throughout our history. What sets him apart from the rest?

After his initial unsuccessful foray into Egypt to attempt and free his nation, Moshe returned to Hashem to clarify what was required of him. It was then that Hashem explained to him that up to that point in history, He had conducted the world under a different Name – one that indicates power and control – but from now it would be different. Now Hashem was ready to reveal the Shem Hameforash – the Explicit Name, which reveals the essence of how He runs the world.[1] What this means in practical terms is: now He was prepared to unveil His true purpose in creating the world, and how we as His creations are to act in accordance with that design.

Moshe’s job is to reveal to humankind Gd’s vision for the world, along with the instructions – the Torah – how to achieve that vision. This mission began with the Ten Plagues, continued through the Exodus and the giving of the Torah, and culminated with the establishment of the Mishkan (Tabernacle) as Gd’s home on Earth.

The culmination of that process will be when Mashiah arrives and spreads the word to all the rest of the world. As such, the Final Redemption is the natural outgrowth of the Exodus from Egypt. Indeed, the Semak writes in the first misva that this is why the words “who has brought you out of Egypt” were inserted into the first of the Ten Commandments. We must anticipate the coming of the Final Redemption as following the first. This principle too, then, is sourced in yetziat mitzrayim.

On a deeper level, the entire story of the redemption from Egypt was one of tehiyat hametim. After the glorious family of Ya’akov came down to Egypt, we slowly sank beneath the waves of societal pressure and servitude, to the point that we were indistinguishable from our captors. And yet, from that withered husk grew a robust and young nation, full of verve and ready to tackle the most difficult mission in the history of Mankind.

[1]  We must not make the mistake of thinking that this is His true name. The hachamim teach us that just as we cannot comprehend the nature or the essence of Hashem himself, so too we cannot know His true Name.