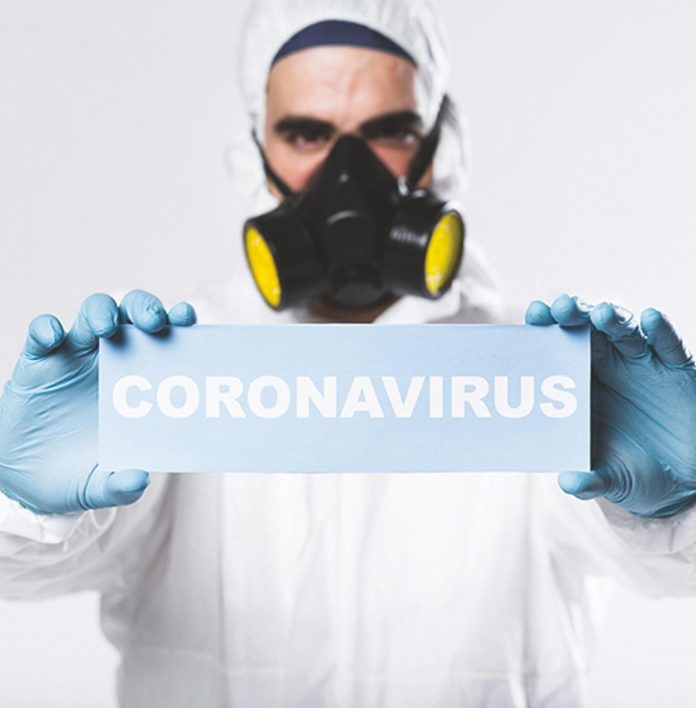 Although it is quite common for Jews to be talking about plagues during the month of April, this year practically every person throughout the globe is talking and thinking about this subject as well – that is of course, the plague of COVID-19.

Reactions to the developing coronavirus saga range from one extreme to the other – literally. Some are trying their hardest to downplay, or even shrug off, the serious nature of this spreading pandemic. Citing a host of statistics, they are irresponsibly urging the public to ignore the very real dangers posed by this new disease, officially labeled COVID-19.

At the other end of the pendulum’s swing are the over-reactors. These are the people who, though they do not have any symptoms, have not traveled abroad, nor come in contact with anyone who is suspected of having the illness, are taking extreme and unnecessary precautions. There is currently no reason for these individuals to walk around with masks or to refuse to emerge from their bedrooms.

Both approaches are singularly unhelpful. Failing to undertake the necessary hishtadlut to try to prevent the further spread of this illness constitutes gross negligence. At the same time, overreacting and causing unnecessary panic is also highly counterproductive.

Further complicating this issue is the onslaught of rumors and misleading information being spread on social media and by word of mouth.

In this section, we include various directives from the Centers for Disease Control (CDC), and since they are likely to change, we urge readers to continually seek updates from reputable sources of information.  As the COVID-19 pandemic shakes the world economy and sends thousands hiding behind masks, reliable information is more urgent than ever.

Torah Lessons to be Learned

Equally important are the lessons that we Torah Jews must learn from this epidemic. These include the reality that in 2020, despite the incredible technological advances in medicine, for all practical purposes, when it comes to battling an epidemic, little has changed since 1348, when the bubonic plague ravished Europe. Neither quarantines nor border controls have thus far managed to stop the spread of the disease, and currently there is no known cure.

The repercussions of the disease have rattled the global economy, and have already had a devastating effect on sectors affiliated with travel, tourism, and entertainment.  The most powerful countries in the world scramble to react, and have been rendered helpless and hapless.

Once again, mankind has been reminded of its limitations.

I have eliminated nations, their towers have become desolate; I have destroyed their streets without passerby; their cities have become ruins, without people, so there is no inhabitant. I said,

“Just be in awe of Me, accept chastisement,” so that her Abode would not be terminated despite all that I have ordained upon her.

But [instead] they arose early and corrupted all their deeds (Zephaniah 3:6-7).

From the Chafetz Chaim

Nearly 100 years ago, when devastating earthquakes killed tens of thousands of people in Japan, the Chofetz Chaim undertook a partial fast and urged Klal Yisrael to do teshuvah. Two years later, when a powerful earthquake hit Russia, destroying entire cities and causing many fatalities, the Chofetz Chaim wrote a powerful letter about it.

“The understanding person will realize that Hashem is urging us to do teshuvah and is showing us all that He has the power to do as He pleases, and none of His creations of Above or below can tell Him what to do. …”

This clarion call is relevant today as it was a century ago.

Portions adapted from an editorial in Hamodia Prime News Magazine.