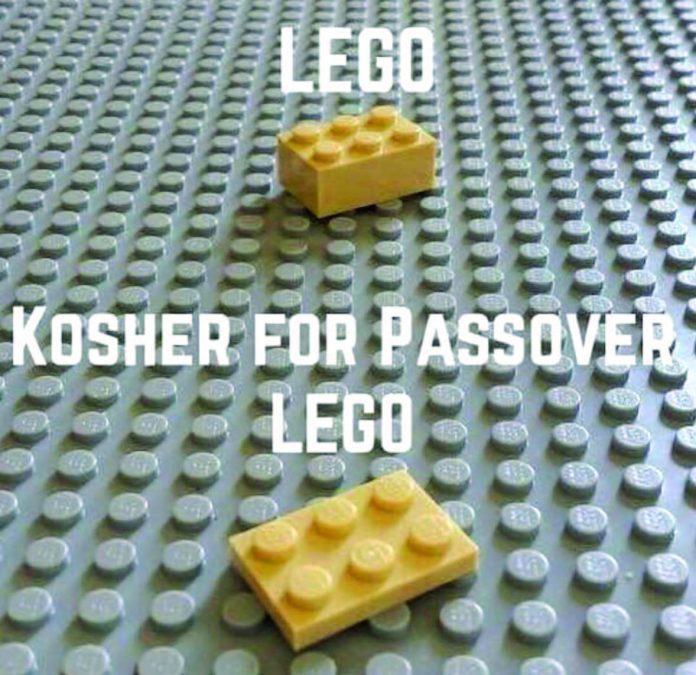 One of Microsoft’s finest technicians was drafted and sent to boot camp. At the rifle range, he was given some instructions, a rifle, and bullets. He fired several shots at the target. The report came from the target area that all attempts had completely missed the target.

The Sin of Lying

One Friday night, Rabbi Joseph told his congregation, “Tomorrow, my sermon will be all about the sin of lying. To help you understand it better, I would like you all to read Vayikra chapter 28 before prayers tomorrow morning.”

The next day, at the start of his sermon, Rabbi Joseph asked his congregation, “How many of you have read Vayikra 28?”

Most hands went up.

Rabbi Joseph smiled and said, “Vayikra has only 27 chapters. I will now proceed with my sermon on the sin of lying.”

Charlie puts two bagels on the counter and asks, “How much for these bagels?”

Charlie points to just one of them and asks, “How much for this one?”

Working in an ophthalmology practice that specializes in LASIK surgery, Sally’s job was to comfort nervous patients. Once, a patient who came in for surgery was so frightened that she was actually shaking. Nothing that Sally said seemed to calm her. Meanwhile, the doctor finished operating on her left eye and began on the right eye. Sally wanted her to know that the surgery was going well.

“There,” she said, patting her hand reassuringly. “Now you only have one eye left!”

While I was shopping in a pharmacy, a couple of teenagers came in. One of the boys had blue and purple spiked hair, and the other had bright green hair and a yellow hat. Suddenly, the boy with the yellow hat picked up a pair of sunglasses and tried them on.

“What do you think?” he asked his friend.

“Take them off,” he howled. “They make you look ridiculous!”

Lindsay: Hey, Sue, aren’t you going to toss a penny into the fountain and make a wish?

Sue: No way, I had a bad experience.

Lindsay: A bad experience? What could have possibly happened?

Sue: Last year I tossed a coin and prayed for a fat bank account and a thin body.

Lindsay: So what, it didn’t come true?

Sue: Worse. It came true… but in the reverse order!

Delivering in the Dark

Deep in the back woods of Arkansas, Bubba’s wife went into labor in the middle of the night, and the local doctor was called out to assist in the delivery. Since there was no electricity, the doctor handed the father- to-be a lantern and said, “Here. You hold this high so I can see what I am doing.”

Just a few minutes later, a new baby boy was brought into the world.

“Whoa there,” said the doctor. “Don’t be in such a rush to put that lantern down. I think there’s another one coming.”

Sure enough, within minutes, he had delivered a baby girl.

“Hold that lantern up, don’t set it down… There’s another one!” the doctor exclaimed.

Within a few minutes, he had delivered a third baby.

“No, don’t be in a hurry to put down that lantern, it seems there’s yet another one coming!” cried the doctor.

By now, Bubba was scratching his head in bewilderment. He finally turned to the doctor and asked, “You reckon it might be the light that’s attractin’ ‘em?”

Why do they put pictures of criminals up in the post office? What are we supposed to do, write to them? Why don’t they just put their pictures on the postage stamps so the mailmen can look for them while they deliver the mail?

Ben & Jerry’s Ice Cream is now available in Israel with various flavors being offered in different parts of the country.

In the South: Choc-Eilat Chip

All around the country: Mazel Toffee, Mi Ka-mocha, Oy Ge-malt

It should be noted that with any of these flavors, patrons can select either a cup or a Cohen!

Marty, a division manager at a large company was known as a soft spoken person who rarely stood up for himself. Though he was often taken advantage of, things got worse in recent weeks. During his regular morning meetings, members of his staff started listening to their iPods, texting, and talking among themselves. The last straw was hearing one of his subordinates say under her breath, “He really thinks he’s the boss.”

So the next morning, Marty put up a big official-looking sign on the door to his office that read: “I Am the Boss and Don’t Ever Forget It!”

Later that day, when he returned from lunch, he saw that someone had stuck a note under his sign. The note read, “Your wife called. She said she wants her sign back ASAP!”

“I’m prescribing these pills for you,” the doctor said to Peter, who tipped the scale at three hundred pounds.

“Can I take them with water?” Peter asked.

“Oh no,” the doctor said, “I don’t want you to swallow them at all. Just spill them on the floor twice a day and pick them up, one at a time.”

An orthopedic surgeon was moving to a new office, with the help of his staff. One of the nurses sat the display skeleton in the front of her car, a bony arm across the back of the seat.

On the drive across town, she stopped at a traffic light, and the stares of the people in the neighboring car compelled her to roll down her window and yell, “I’m delivering him to my doctor’s office.”

The other driver leaned out of his window. “I hate to tell you, lady,” he said, “but I think it’s too late!”