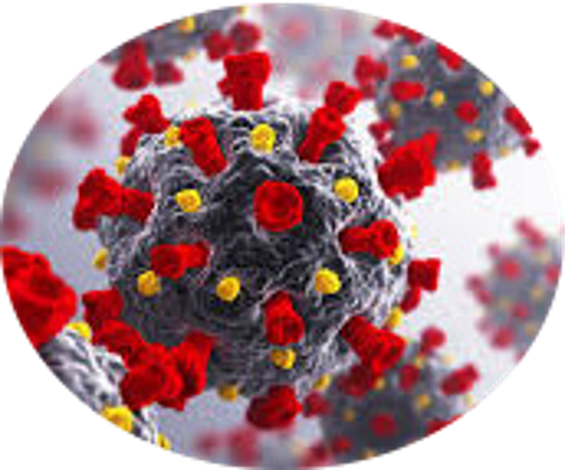 Joseph rented David’s luxurious villa for his upcoming trip to Israel for the Passover holiday. The lease was for a total of four weeks, commencing three weeks before the holiday. Joseph prepaid half the rent, a sum of $3,500. When it became apparent to Joseph that the COVID-19 pandemic was spreading, he immediately contacted David to cancel his upcoming trip. David responded, that since flights to Israel were still available and the villa was recently disinfected, Joseph had no right to cancel. Joseph countered that he had no intent on remaining in quarantine for the duration of his vacation and expected of David to refund him the money he prepaid. David was unwilling to provide Joseph with a refund, though he was open to a compromise on the $3,500 balance due. Although it was clearly impossible for our Bet Din to convene as per social distancing regulations of the Ministry of Health, we conducted a video conference via computer for the litigants to voice their respected claims.

Is David entitled to collect the balance due? Can Joseph demand a refund of the sum already paid? How should the Bet Din rule and why?

Due to the current COVID-19 crisis, many financial disputes have emerged and are presently being settled by qualified rabbinical courts around the globe. It is important for parties in dispute to submit their respective claims to competent halachic authorities. The laws governing a pandemic are detailed and complex, and only an experienced Bet Din with a broad knowledge of monetary law can rule accurately. The following article highlights only some of the research done for this case, as part of the information is too intricate to record and is beyond the scope of this article. Since no two cases are the same, it is not recommended to apply this ruling even to a similar case, as often minor details can substantially sway the outcome of a decision. Nevertheless, it is valuable for us to study the laws of the Torah and acquire a basic understanding of monetary laws that apply to a pandemic.

According to the ruling of the Shulhan Aruch a property rental agreement is binding when either the tenant signs a contract, occupies the premises, or prepays the rent. Once an agreement is binding, the tenant is required to comply with all the terms and conditions stipulated for the duration of the lease. Financial setbacks and other troublesome events do not absolve a tenant from paying rent as per his contractual agreement.

Leading halachic authorities debate the liability of a tenant who suffers from a personal occurrence beyond his control, preventing him from physically dwelling on the rental property. In the instance of a tenant’s death some authorities require the heirs of the tenant’s estate to continue paying rent for the duration of the contract. Other opinions absolve the heirs of an estate from paying rent once the tenant is deceased.

The above mentioned laws are applicable to all instances other than extenuating circumstances caused by a pandemic or the like. According to the ruling of the Shulhan Aruch if a fire blazes and destroys a city, thereby preventing tenants of the city from residing there, the tenants are absolved from their contractual agreements with their landlords.

According to most halachic authorities the same is applicable to events such as war, terrorism, earthquake, hurricane, acts of government, plague, and pandemic. The need to flee from a property, or a legal restriction that prevents dwelling on a property because of citywide disasters, are grounds to relieve a tenant from his contractual liability. In the present Covid-19 pandemic, during which governments worldwide have imposed travel restrictions and quarantines, this view absolves a tenant from further payment. However, this position is less clear when the local government only makes recommendations rather than issuing orders using legal powers to impose restrictions. In short, when a disaster hits a city, state, or the entire globe, it is legally viewed as the landlord’s misfortune, and he is to sustain the loss caused by the occurrence.

However, a few halachic authorities differ with the above view, and require a tenant to pay rent so long as it is physically possible to occupy the premises. Hence, according to this view, only in the case of a fire and the like, in which the property is destroyed or unavailable for occupancy, is a tenant absolved from payment. As opposed to the instance of a pandemic, the property is readily available for occupancy and only an outside force of danger is preventing access to it. Hence, the tenant is required to fulfill his contractual obligation. In short, according to this view, in all instances that the property is available for residence, it is the misfortune of the tenant if he does not take occupancy, irrespective of the reasons for not doing so.

However, even according to this latter minority view, one can possibly argue that in instances in which a government closes  its borders and prevents entry to non-citizens, a tenant who resides overseas should be absolved from payment. Since the property is not readily available to an overseas tenant. it can be legally viewed as if the Israeli government’s restriction is considered the misfortune of all Israeli landlords. The tenant did not elect to flee from the property on account of danger, but rather, he was forced to stay away and was denied entry by law. It can be arguably viewed as if the landlord is unable to provide occupancy, rendering the property legally unavailable. While this reasoning is not absolute since the property is physically available, as aforementioned, some halachic authorities will anyway absolve a tenant even when a personal occurrence beyond his control prevents him from physically dwelling on the premises. In short, seemingly all opinions agree that in this specific case, it is the misfortune of the landlord and the tenant is absolved of fulfilling his contractual obligation.

Additionally, halachic consideration is given to the fact that no one would rent a short-term vacation apartment in Israel under the strict rules of quarantine imposed by the government. Restrictions in Israel included forbidding anyone from venturing outside of a property beyond thirty feet of its entrance, with monetary penalties imposed on violators. (Of course, exceptions were made for one leaving in order to purchase food or for medical reasons but restrictions were strictly enforced regarding all leisure or non-essential reasons for leaving one’s property.) Under such severe circumstances, clearly, no one would agree to rent, especially at a high vacation rate. Hence, such agreements are likely to be rendered null and void.

In addition, in such turbulent times, a landlord could never have found another short-term tenant on vacation to rent his property, and as a result no actual loss was sustained by the last- minute cancellation.

VEREDICT: We Are All in This Together

Our Bet Din ruled in favor of Joseph, the tenant, by absolving him of his contractual agreement with David, the landlord. As mentioned in Torah law, most halachic authorities exempt a tenant who is unable to reside on a property on account of war, terrorism, earthquake, plague, or pandemic.

Additionally, it is likely that all opinions would agree that in this specific case, Joseph the tenant is absolved of liability and the misfortune  is viewed as David’s. Since the Israeli government denied entry to all non-citizen’s, it can be viewed as if his property is unavailable for residence of an overseas tenant.

Furthermore, Israel’s quarantine laws restricted anyone from going thirty feet beyond the entrance of their property and enforced this law by penalty. Under such severe limitations, Joseph is not required to struggle and quarantine in a short-term rental for his planned vacation.  The binding agreement to rent the property was not under such pretenses, and as a result the rental agreement is null and void.

Although David already collected half the rent, he is by law required to return the funds. Nevertheless, our Bet Din requested of Joseph to consider David and realize that we are all in this together. We therefore suggested that Joseph let David keep $1000 and Joseph graciously agreed.

Various more intricate aspects related to this ruling were omitted here as the information was beyond the scope of this article.

It’s Not All Fun and Games

Amy operates a successful playgroup for toddlers in her home. All parents who send their children to the playgroup sign a contract that stipulates that they are required to pay for her services on the first of the month for the duration of the school year. As a result of COVID-19, Amy was forced to close her playgroup sometime in March. With ongoing expenses, which included paying teachers and their assistants, Amy reached out to the parent body seeking payment for the month of April. Much to her dismay, nearly all of the parents ignored her request. Amy reached out to our Bet Din for instruction and guidance on the matter.

Are the parents of the playgroup required to pay for services they did not receive? Is Amy entitled to enforce her contract and collect payment from the parents?