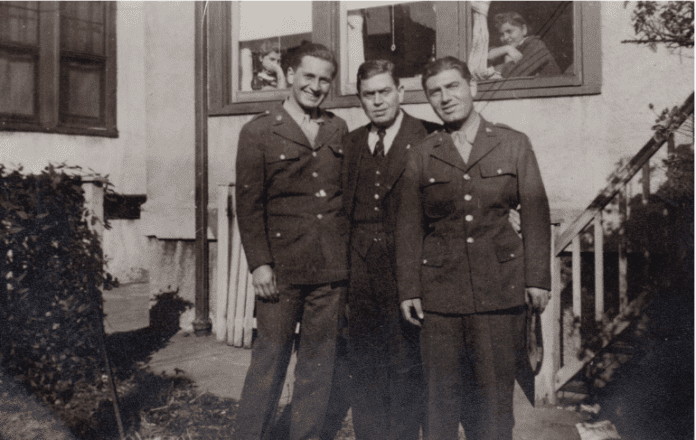 I became interested in genealogy and our family history already as a teenager.  Every time my father, Abe Missry, or my mother, Renee (Salem) Missry, would introduce me to a relative, I wanted to know exactly how they were related. I often made primitive diagrams, filling in the blanks.

There was a lot to fill in. Each of my parents had over 80 first cousins. I had about 50; 33 first cousins on the Missry side alone.

Our grandparents were Frieda Shaalo and Joseph Nessim Missry, both born in Aleppo. Joseph was the eldest son of Selim Missry and Hanna Hazan. Selim and Hanna had two sons, Joseph and Jack, and four daughters, Sara, Grace, Becky, and Rose. Frieda was the daughter of Abraham Shaalo and Grace Teubal.

As a professional genealogist, I have found many important discoveries, each with its own “Aha” moment. During the COVID-19 lockdown, I had both the time and the attention of my 30 Missry cousins (three have passed on) through our very active WhatsApp group to update our Missry family tree, and to unlock many mysteries.

The story we were told is that Frieda Sha’alo came to Ellis Island at the age of 13 or 14 as a child bride for a man with the surname Ballisano. When he saw her, he said, “I sent for a wife, and they sent me a child,” and gave her money to return to Syria. No one went back in those days. Allegedly, my grandfather Joseph heard of her plight and said, “If no one else marries you, I will” and their fate was sealed.

But I discovered something much different.

The first thing we need to realize is that many Syrian families had two surnames, in order to distinguish between different branches of the family.

Years ago, I was asked by the family of Isaac Shalom to find his ship record and marriage certificate to Alice Chabot. There was nothing listed anywhere. But then I found Isaac’s application for naturalization – on which he wrote that he came to Ellis Island traveling under the name Isak Chalon. Aha!

But where was their marriage certificate? A search of city records found a marriage on the same date between Isaac Shalom and Geraz Levy. The Chabot/Shabot double surname in Aleppo was Shabot Levy. (Alice’s brother had taken the name Levy, not Shabot, on Ellis Island. I ordered the actual certificate from the Municipal Archives and sure enough, Alice was listed as Geraz Chabot Levy. Aha!

“But her name is Alice,” said her grandson, Isaac Richard Shalom.

“I assure you no one came from Aleppo using the name Alice,” I replied. Alice was an American name.

These two discoveries are included in the book about Isaac Shalom Keeper of the Flame – The Life and Times of Isaac Shalom by Isaac Richard Shalom and Jeffery Michael Beal.

Back to the Missry family. I had difficulty finding the ship records of Joseph Missry and Frieda Shaalo. But I stubbornly persisted, and I found an index number on Frieda’s naturalization record. This led me to her application for naturalization, on which she wrote that she came to the U.S. using the name Freda Schma in June 1907. The ship record says Frieda came with her brother, Ezra, and their destination was the home of David and Merhaba Levy, their older sister.

I spoke to Judy Levy, one of my father’s cousins, wo explained that Schma is a transliteration of Shamah. The family double surname in Aleppo was Shamah Shacalo. Aha!

Another discovery concerned my grandfather, Joseph Missry. Joseph arrived in 1908 to escape conscription into the Turkish army, under the name Youssef Masry. But his application for naturalization showed his first arrival was in October 1919 at Rouse’s Point, NY, the border with Canada. How could that be right if I had a ship record from 1908, that listed his mother as his point of contact in Aleppo? And I had a marriage certificate that showed Joseph and Freda were married in June 1909 and had three children by 1919. Also, Joseph had registered for the draft in World War I.

It turned out that Joseph worked for the Syrian-owned Chinese Linen Importing Co., and he traveled so often he could not meet the five-year residency requirement until 1924, using the 1919 entry. Aha!

So now I knew that the story all the cousins had been told was not entirely true. Frieda was in New York a full two years before she married Joseph in June 1909!

More discoveries. Al Shabot married my aunt, Ann Missry, the eldest daughter of Joseph and Frieda. Al, whose Hebrew name was Abraham, had the English name Albert on legal documents. He came under the name Bramino Levi. Again, we have the Shabot Levy double surname.

Mollie Missry, the fourth child of Joseph and Frieda, married Earl Falack, her first cousin, the son of Joseph’s sister Sara (Missry) and Jacob Falack. Earl was born in Aleppo under the name Isidore. The Falacks left Aleppo with Isidore but got stuck in Corsica due to World War I. Jacob and Sara had two children – Sam and Milo – in Corsica. But according to their ship records, they traveled under the name Falak, and Sara was listed as Siera, Isidore was Lizerre, Milo was Emilio, and Sam was Simri. It appears they took or were given Italian names. Under the column, “person in the country who knew them,” they listed Haim Djuejati, the husband of Joseph’s sister, Grace Missry.

The next discovery had to do with Grace (Missry) Djuejati. I had always known that Grace went to Buenos Aires, Argentina and had met her son Selim there on a vacation years ago. What I didn’t know was that one of her children had stayed in Syria, with the last one coming to New York during the 1992 airlift from Syria. How could I find them?

I found Djouejati (there are many spellings) in the online Brooklyn phone book and called. This led to amazing interviews and stories of each person’s escape, until the last family member got out in 1992. I was able to connect to the Buenos Aires descendants by reaching out to contacts there.

The last and most important discovery has to do with my great-grandmother, Hanna, or Anna Hazan Missry. I had not even known she came to America.  I was in the cemetery on Staten Island, photographing my relatives’ gravestones for my book about our family history – L’Dor V’Dor: Tracing the Missry Family Heritage – when my cousin, Abe Jerome, tipped me off to her stone.

My great grandmother had been in New York? Why had no one ever mentioned it?

Apparently, she died so long ago, the elders in the family didn’t mention it until I asked.

As it turns out, Hanna Missry came to New York in September 1912 with her three youngest children – Bahia, Jacob and Rose – and with the family shawl. This shawl has been used in our family at brit milahs for generations. This discovery helped me understand that Hanna brought the shawl to America for the brit of her first grandchild, my uncle Sam Missry, who was born in November 1912.

In 2011, I founded the Sephardic Heritage Project, a nonprofit organization devoted to acquiring genealogical records from Sephardic communities around the world. One project involved translating and databasing 7,500-plus brit milah records of the Dayan mohelim from Syria. In those records, I found that the brit milah of my grandfather, Joseph Nessim Missry, took place on September 5, 1891. Assuming the brit was on time, Joseph’s birthday was August 29, 1891.

A family’s genealogical history is such a precious gift that we can give to future generations, especially for large families. Let’s all take some time for this vitally important project, laying a strong, firm foundation for our descendants for centuries to come.

Tips for Searching your Family Tree