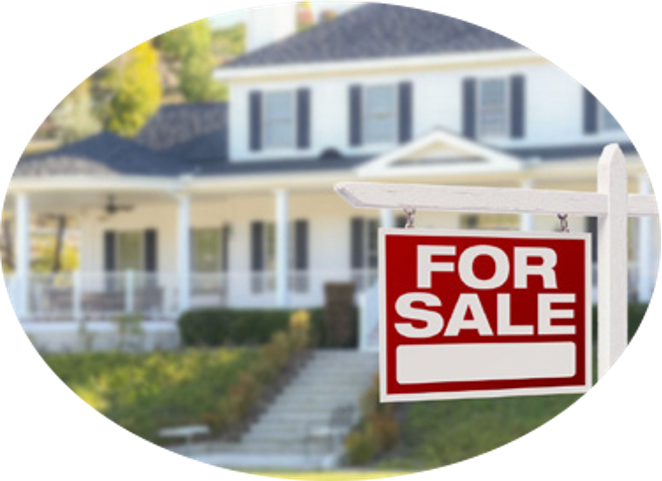 Steve and Jennifer were actively pursuing the purchase of Sam’s home for nearly a year. Sam owned a desirable property and was clearly holding out to get his price. Eventually, Steve and Jennifer conceded to pay Sam’s price and in late February they shook hands and verbally committed to the deal. While the lawyers were preparing the final draft of the contract for the sale, the coronavirus spread throughout the Tri-State area. As soon as the couple internalized the potential financial effects of the pandemic, they notified Sam that they were reneging on their word to buy his property. Sam was flabbergasted by the turn of events. In Bet Din, he presented a list of three buyers that he turned away after Steve and Jennifer agreed to the deal. Sam claimed that these buyers were no longer available, and that one buyer already closed on another property. Steve and Jennifer expressed their potential financial hardships and were unwilling to commit to the purchase even at a lower price.

Are Steve and Jennifer required to keep their word and purchase the property? Is Sam entitled to compensation for his loss? How should the Bet Din rule and why?

Due to the current COVID-19 crisis, many financial disputes have emerged and are presently being settled by qualified rabbinical courts around the globe. It is important for parties in dispute to submit their respective claims to competent halachic authorities. The laws governing a pandemic are detailed and complex, and only an experienced Bet Din with a broad knowledge of monetary law can rule accurately. The following article highlights only some of the research done for this case, as part of the information is too intricate to record and is beyond the scope of this article. Since no two cases are the same, it is not recommended to apply this ruling even to a similar case, as often minor details can substantially sway the outcome of a decision. Nevertheless, it is valuable for us to study the laws of the Torah and acquire a basic understanding of monetary laws that apply to a pandemic.

According to the ruling of the Shulhan Aruch the sale of real estate is final only after a contract is signed and funds are transferred.  However, if a contract is not signed, a number of leading halachic authorities view the transfer of funds as a legal commitment to purchase a property. Hence, if either the buyer or seller renege after a deposit was transferred but a contract was not yet signed, a Bet Din will likely intervene.

The above ruling is applicable in instances in which a buyer and seller pursue the sale of real estate beyond the initial stage of a verbal commitment. In the absence of any binding form of transaction, legally both parties maintain the right to renege on a verbal agreement. Nevertheless, by rule of the Shulhan Aruch, one who defaults on a verbal commitment is viewed as untrustworthy. Breaking one’s word is considered unethical conduct and taints the reputation of the offender.

According to the ruling of the Shulhan Aruch a person is responsible to follow through with a sale once he gave his word, even if there is a fluctuation in the market price in the interim. Other leading halachic authorities rule in leniency and allow a party to renege on a verbal commitment if there is a fluctuation in price. Nevertheless, Jews of Sephardic origin are required to abide by the teachings of the Shulhan Aruch and are therefore restricted from breaking their word in such situations.

Notwithstanding, in certain remote instances one is permitted to renege on a verbal agreement. A pandemic that severely shifts the financial stability of a party provides exemption of any moral obligation to honor one’s word. Since it is beyond the shadow of a doubt that the verbal commitment was not extended under such extenuating circumstances, it is permitted for one to renege without suffering the repercussions of a tainted reputation. As per other instances in which one is permitted to back out of a deal after a verbal commitment, one is required to contact a Bet Din before acting.

Often, a party that reneges causes indirect damage to his counterpart. If such damages can be proven by a victim, the reneging party must provide compensation for the loss incurred. Nevertheless, in instances in which a reneging party is subject to circumstances beyond his control, no liability is imposed for damage caused. Hence, a potential buyer that reneges on a purchase because of COVID-19 is not responsible for the damages caused to the seller.

VERDICT: Everything Within Reason

Our Bet Din ruled in favor of Steven and Jennifer, allowing them to walk away from the purchase of Sam’s home without any financial or moral obligation. As mentioned in Torah law, in the absence of a signed contract and transfer of a deposit, a sale is not binding. Steven and Jennifer are therefore free of any financial obligation or penalty for reneging on their commitment to buy.

Furthermore, Steven and Jennifer were reneging on the deal because of a severe shift in their financial status as a result of the COVID-19 pandemic. Unfortunately, the past five months were devastating for the couple as they lost their main source of income and suffered irreparable damage. Although verbally committing to buy generally represents a deep moral obligation, in such extenuating circumstances Steven and Jennifer’s moral obligation is waived. It is beyond the shadow of a doubt that in hindsight the couple would never have committed to purchase if they knew of their future financial misfortune.

Additionally, Sam is not entitled to compensation from the couple for his loss of time and opportunity with other potential buyers. Firstly, there was no guarantee any of the other potential buyers would have finalized a purchase. Furthermore, Steven and Jennifer reneged on the deal because of circumstances beyond their control. They are not liable for indirect damage caused by extenuating circumstances.

Solomon extended a five-year loan of $200,000 to his brother-in-law Danny back in 2018. The terms of the loan included monthly payments of $5,000 for 60 months. Although the loan was extended to Danny’s LLC, Solomon required Danny to sign legal documentation making him personally responsible for the funds. After making his monthly payments for two years, Danny expressed concern that he is paying interest of $100,000 to Solomon over the course of their five-year agreement. Solomon dismissed Danny’s concern, explaining that money extended to a corporation is not subject to Jewish law restricting interest. The two appeared before our Bet Din for clarification of the law and signed on a binding of arbitration to comply with our ruling.

Can Danny continue to pay his monthly payments uninterrupted? If not, what is to be done with the balance of the funds owed? Is Solomon required to forfeit collecting money over the amount of $200,000 even though two years already passed? How should the Bet Din rule and why?