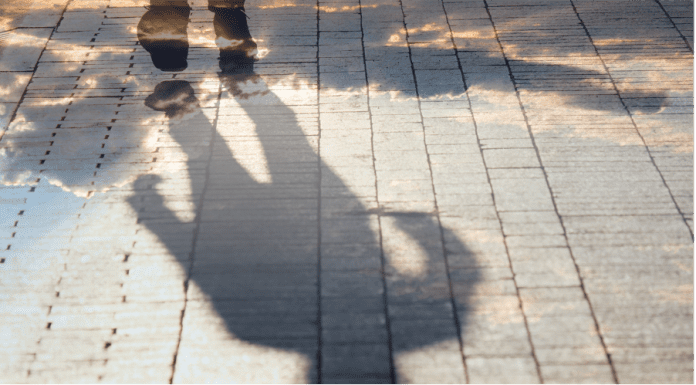 Throughout this long, tumultuous exile, numerous predictions and speculations have been made regarding the date of Mashiah’s long-awaited arrival – a number of which are even attributed to some of our nation’s most illustrious sages. These dates, of course, came and went without the appearance of Mashiah, leaving us wondering how these great luminaries could have erred, and still contemplating when the redemption will truly unfold. This installment will analyze the words of our sages regarding the time of Mashiah’s arrival, and seek to explain why their forecasts went unfulfilled.

The prophets clearly state that the date of Mashiah’s arrival is something that Hashem has concealed from even the highest-ranking angels in the heavens.[i] However, our sages teach that there were exceptions to this rule, and this secret was known to a select few sadikim.

The first person who is said to have known the time of Mashiah’s arrival was our righteous patriarch Yaakov, who, the Midrash tells, sought to reveal this information to his children on his deathbed, until Hashem prevented him from doing so.[ii] The Vilna Gaon zs”l commented[iii] that Abraham, Yizhak, and Moshe Rabenu also knew this secret. Some say that Yosef had access to this information, as well.[iv] It is generally assumed that the date was revealed to the prophet Daniel, as alluded to in the Book of Daniel.[v] According to some commentators[vi], however, Daniel received only veiled allusions and was unable to infer the exact date from these obscure references.

The Prophecies of Daniel

There is considerable confusion surrounding the redemption prophecies in the Book of Daniel. Cryptic hints of the date of Mashiah’s arrival appear in a number of places, with a different date appearing to emerge in each context. Many early commentators, including Rashi, the Rambam, the Ramban, and Malbim, attempted to reconcile the different passages and deduce when Mashiah will arrive. Different commentators reached different conclusions – and all the dates mentioned have long since passed uneventfully (see sidebar).

Adding to the confusion are comments in the Talmud[vii] which, based on verses from the Prophets, sternly warn against predicting the arrival of Mashiah. The Talmud goes so far as to say that such activity borders on heresy, and that people who engage in these predictions are deserving of death and forfeit their share in the next world. Assigning a specific time to Mashiah’s arrival undermines the fundamental belief in the possibility of his arrival at any day, at the very moment we are deemed worthy. Furthermore, the disappointment of an unfulfilled prediction runs the risk of breaking people’s faith in Mashiah’s arrival altogether.[viii]

How, then, did the aforementioned commentators make attempts to determine the date of Mashiah’s arrival, seemingly in direct violation of our hachamim’s warning?

The Last and Final Date

Previously, in Part II of this series, we distinguished between the two times at which Mashiah could arrive. Although there is a final “deadline” by which he must come to redeem us, he could potentially arrive at any time, once the Jews are worthy of redemption.

This premise sheds light on the prophecies in Daniel concerning the date of Mashiah’s arrival. Daniel was not told when Mashiah would actually arrive. Rather, he received Gd’s guarantee that even if, Heaven forbid, the Jews would never be worthy of redemption, Mashiah will nevertheless come by a certain time. Accordingly, those commentaries who assigned dates to Mashiah’s arrival referred to the final time by which Mashiah must come; the sages did not imply that Mashiah cannot come earlier.[ix]

As for the conflicting times proposed by the various commentators for Mashiah’s arrival – dates which have already passed – it would seem that the sages did not present their interpretations as the exclusive reading of the prophecies in question, or claim that Mashiah would definitely arrive by that time. Rather, these writers explained the difficult prophetic passages in the manner that appeared most plausible to them, while accepting the possibility that other valid interpretations may also exist. A number of commentators said so explicitly while presenting their explanations[x], and others remarked that they would have accepted other interpretations if the dates yielded by those readings had not already passed.[xi] Interestingly enough, Daniel himself was told that many will try, unsuccessfully, to deduce the time of Mashiah’s arrival from his prophecy.[xii]

Other writers[xiii] add that all the possible dates deduced from Daniel’s prophecies by the early scholars were actually times of rasson, occasions that were especially propitious for Mashiah. Had the Jews in those times seized the opportunity, they could have ushered in the Messianic era and established that time as the correct interpretation of the prophecy. Indeed, the Ramban[xiv] writes that Daniel’s prophecy was intentionally formulated in a way that lends itself to different interpretations, and the Jews of each generation could potentially merit Mashiah’s arrival by proving themselves worthy. But if the Jews squander these opportunities for redemption, they are held accountable for this failure, and these occasions, which had the potential for redemption, become periods of great suffering and sorrow. (See sidebar.)

Other commentaries[xvii], however, follow the literal meaning of the Talmud’s comment, explaining that the last two thousand years referred to in the Talmud are of the Messianic Era which will span two millennia. According to this reading, the Talmud makes no reference to a guaranteed time by which Mashiah will arrive and the years we are currently in are not mentioned in this Talmudic statement.

There is considerable discussion among our hachamim as to whether the final redemption hinges upon the Jews’ repentance, or if it will occur at the designated time regardless of our spiritual condition. It is commonly assumed that Hashem will send Mashiah at the designated time regardless of the Jewish people’s worthiness, as indicated in the first blessing of the amida prayer: “Umevi go’el livneh venehem lema’an shemo be’ahavah – and He brings the redeemer for their (our forefathers’) children’s children for His Name’s sake, with love.” It appears from this passage that Hashem will send Mashiah for His Name’s sake and out of sincere love for His people, even if we are not worthy.[xviii] However, the more accepted opinion among the commentators is that Gd will not send forth a redeemer if the Jews are undeserving of redemption. If the final time for redemption arrives and the Jews are still unworthy, Hashem will cause them to repent through affliction and suffering, so they could earn the Messianic era. This resembles the events of Purim, when Haman’s edict inspired the Jews of the time to sincerely repent and return to Torah observance, thereby becoming worthy of Hashem’s salvation and, ultimately, the rebuilding of the Bet Hamikdash.[xix]

The Opportunity of the Century 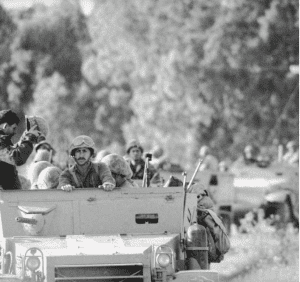 Earlier, we mentioned the concept of a time of rasson, an opportunity for Mashiah that the Jewish people can choose to either seize or squander. Our century provides such an opportunity ,as our gedolim (Jewish leaders) have told us. In light of the recent gathering of much of world Jewry to Israel and the rebuilding of our country, along with the fulfillment of the many other signs predicted for the pre-Messianic times, the period appears to be a time of rasson. Unfortunately, it seems, thus far, that this opportunity has yet to be fully recognized and executed by our people.

The Balfour Declaration issued by Great Britain in 1917 proclaimed the Jews’ right to a homeland in Palestine, a promise ratified by the United Nations in 1948. These were both very dramatic events that were met with great excitement and enthusiasm by world Jewry – specifically the State’s establishment, which followed the horrors of WWII and the Holocaust. Many great gedolim who lived at the time of these events, including the Hafess Haim, the Hazon Ish, and Rav Yizhak Zev Soloveitchik (the Brisker Rav), viewed them as the first stirrings of redemption and felt that Mashiah’s arrival was imminent. These feelings were expressed publicly and put into writing. Yet, almost a full century after the Balfour Declaration, we see that clearly the time of Mashiah did not coincide with establishment of the State of Israel. What happened to the predictions of the gedolim? Why did the restoration of Jewish sovereignty in Eress Yisrael not lead to the Messianic era as these sages had anticipated? These questions have troubled many scholars, and entire books have been written in an attempt to answer them and explain the events of the last century.

The general approach taken by our hachamim[xx] is that whenever something of such spiritual magnitude appears on the horizon, the Satan does all it can to prevent its realization. In this case, Satan triumphed by orchestrating that those in power take a secularist approach to the State of Israel. Instead of promoting Jewish life in Eress Yisrael, many Zionist pioneers actually repressed it. And although there were a handful of leaders in the early days of the State who were loyal to the Jewish faith, it was specifically the Secularists – rather than the Torah observant community – who were recognized by the world as the official representatives of world Jewry.

Once the process of statehood fell into the hands of the Secularists, they attempted to build the country on a foundation which would have as little as possible to do with traditional Torah Judaism. Though not widely known or talked about, it is well documented that in the early years of the State, vehemently secular elements in the government carried out horrendous crimes against religious Jews – particularly those arriving from Middle Eastern and North African countries. These crimes included forcibly indoctrinating children from religious families with secular Zionism and even kidnap, as hundreds of Yemenite children were either sold or placed with secular families. Perpetrators of these crimes are believed to have rationalized their actions as nationalistic efforts to obliterate “old fashioned” Torah observance from the fledgling country.

The decidedly secular character of the early state is clearly a contravention of how Jewish sovereignty of the Land of Israel should be built as a preparation for Mashiah; and so the time of rasson – the opportunity for redemption in the twentieth century – was squandered.

Still, the opportunity to bring Mashiah is in our hands today more than ever. The Hafess Haim[xxi] has written that the stirrings of Mashiah have already begun, and if the Jewish Nation undergoes even a small, yet sincere and wholehearted, process of repentance, this would suffice for us to earn Mashiah’s immediate arrival. Torah educated Jews know that Mashiah’s arrival can be ushered in at any time by renewing and reinvigorating our commitment to Hashem and his Torah.

May we all do our share to bring about this change in ourselves and in the general establishment of Eress Yisrael, ensuring that we and all Jews live in accordance with Torah law and values, so that we may hasten the coming of Mashiah speedily and in our days, Amen.

Next Issue: The Wars of Gog Umagog and Mashiah’s eventful arrival