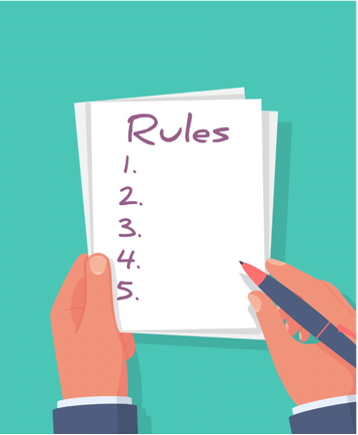 I’d like to share with you a great way to get more cooperation from children. This happens when we include our children in the rule making process. Now, don’t get scared. Even if we include them in the rule-making process, they do need to know that at the end of the day it’s the parents who set the rules. It’s the parents that make the decisions about whether something will or won’t be a rule in the house. That has to be very clear and we have to be super confident about it.

Your Children Do Want to Follow the House Rules

Before we speak about actually including children in the rule making process, let’s make sure that we’re really clear about our understanding that our children actually want to follow rules.

Let’s examine a universal truth about children – all children have a natural feeling of wanting to BELONG to their parents. There are only two ways to achieve that sense of belonging. You can either belong through disruption or you can belong through cooperation. And we want to believe that every child on the planet wants to belong though cooperation. The more we believe it, the more it actually happens. The way we think about our children is how they actually act.

Figuring It Out Together 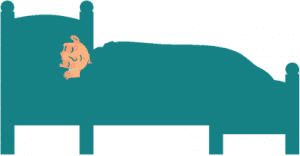 So, with that being said, I had a discussion with my children aged seven, nine, and eleven- about what would be a good bedtime this year, with school starting. We pulled out a sleep chart to see how much sleep each child needs for their age. As we looked at the chart we mapped out our upcoming day. Our conversation went something like this:

Being a nine year old, you need a little less than 10 hours of sleep. Since Mommy will drive you to school this year, we’re going to leave at 8:20am. What time would you like to wake up?

My nine year old decided that 7:30am would be a good time to wake up, and we proceeded to figure out that if he were to wake up at 7:30am and his body needs approximately 10 hours of sleep that he needed to be sleeping by 9:30pm. That is when we worked our way to figure out what time each child should be in bed. Each of my children gave different answers. One child said that he could be in bed by 9:27pm because he falls asleep very quickly. Another child said that he likes to read before bed, so he’ll be in bed by 9:10pm to give himself some time to read and then fall asleep.

We came up with the rules together, which will now be posted in the hallway. These rules are now much easier for the kids to follow because they were part of the rule-making process. 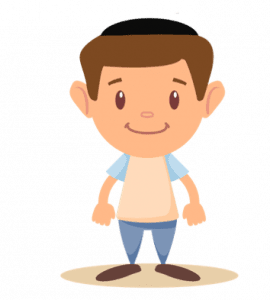 We need to show kids that we trust them and that we know that they can figure things out well. Giving our children a sense of My mom trusts me to make good choices, gives them the confidence to follow rules without worrying that we don’t think they are able to make decisions for themselves.

Ultimately, we decide if a rule is healthy or not. So if a child does come up with something that we know is  not the right thing for him or her, we need to be super confident about saying, Nope! That’s not going to work. Give them the ability to figure it out themselves. They will be so proud, and so will you!

Have you tried this? Let me know! I love a good before and after!