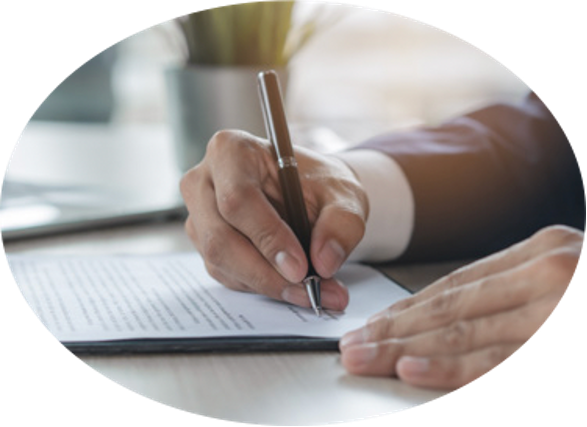 Solomon extended a five-year loan of $200,000 to his brother-in-law Danny back in 2018. The terms of the loan included monthly payments of $5,000 for 60 months. Although the loan was extended to Danny’s LLC, Solomon required Danny to sign legal documentation making him personally responsible for the funds. After making his monthly payments for two years, Danny expressed concern that he is paying interest of $100,000 to Solomon over the course of their five-year agreement. Solomon dismissed Danny’s concern, explaining that money extended to a corporation is not subject to Jewish law restricting interest. The two appeared before our Bet Din for clarification of the law and signed on a binding of arbitration to comply with our ruling.

Can Danny continue to pay his monthly payments uninterrupted? If not, what is to be done with the balance of the funds owed? Is Solomon required to forfeit collecting money over the amount of $200,000 even though two years already passed? How should the Bet Din rule and why?

Leading halachic authorities rule that money lent to a corporation is not subject to Torah interest laws. The underlying reason for this exemption is because the borrower does not have any personal liability for the loan extended, the money is not viewed as a loan but rather as an investment. By Torah law, if a borrower is not personally liable, the money extended is not viewed as a loan. Hence, any dividend paid on account of the money received is not considered an interest payment but rather a return on investment.

This ruling is premised on the fact that should the corporation file for bankruptcy the owner is not personally responsible for the monies received, as they were borrowed by the corporation.

If a one personally accepts liability for a loan extended to a corporation, all Torah interest laws are applicable.

According to Torah law, if a loan with a stipulated interest clause was wrongfully extended, all paid interest is applied to pay off the principal. In short, a borrower may compel a lender to calculate his interest payments as a credit towards the unpaid balance of the principal. This remedy is obviously only relevant when the total sum of money paid by the borrower is less than the amount of the original loan. If the total payments including interest were made in excess of the principal, the additional funds must be returned to the borrower.

Contemporary halachic authorities suggest the following solution to resolve the violation of an active loan accruing interest. This solution is available for those who were unaware of the violation and wish to rectify their breach of Torah law. As aforementioned, all interest paid is first credited to pay off the principal. Thereafter, the borrower returns the outstanding balance in its entirety to the lender to pay off the original loan. The lender then promptly reissues the loan under the provisions of a proper heter iska. The heter iska document enables the lender to lawfully collect his profitable monthly payments for the newly extended loan. Additionally, it is permitted for the lender to structure this heter iska with a higher monthly percentage rate in order to receive the same monthly payments he originally received from the borrower.

Our Bet Din restricted Solomon from continuing to collect monthly payments from Danny. Our Bet Din applied the two years of accrued interest to the principal loan and determined that the outstanding balance is currently $80,000. Since Solomon and Danny were unaware that it is strictly forbidden to lend with interest to a corporation with personal liability, our Bet Din implemented the decision of leading halachic authorities on the matter. We first instructed Danny to gather funds to repay the outstanding balance of $80,000. Once the loan was paid, we instructed Solomon to promptly reissue a loan of $80,000 to Danny. However, this time prior to the transfer of the loan, they signed a proper heter iska document. The heter iska document was structured in a way which enabled Danny to lawfully resume paying his five thousand-dollar monthly payments for three years.

Before Solomon and Danny signed the heter iska our Bet Din spent the time and energy to explain to them the rules and regulations of a heter iska agreement. By doing so we insured that Danny’s monthly payments were not halachically viewed as interest.

Jack wrote a handwritten last will and testament back in 2007. Upon his passing in 2019, the will was found with Jack’s papers in his safety deposit box.  The will was not prepared by a lawyer nor was it notarized or signed by witnesses. Jack simply fixed his signature to the bottom of a briefly written statement. In the will, Jack offered to gift his private home to the child that provides full time room and board for his son Joey, a child with special needs. In 2007, when Jack wrote the will, his only daughter was not yet married. In 2019, prior to Jack’s passing, his daughter, who was by then married, took Joey into her home for nearly six months before sending him off to a facility that provides for all of Joey’s needs. Jack’s daughter and son-in-law presented the handwritten document to our Bet Din claiming that their father legally gifted them his home since they provided room and board for Joey. Jack’s two sons acknowledged that they were aware of the document their father wrote before their sister provided room and board for their brother Joey, but they were nevertheless unwilling to transfer the property over to their sister.  The two brothers defended that it was not their father’s intent to gift his daughter the home for a mere six months of room and board. They explained that back in 2007 the circumstances were different and there was a real concern for Joey’s welfare.

Who should inherit the father’s home?