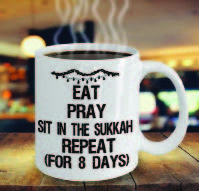 Greg walks into a department store and goes straight to the fragrance section. He says to the sales lady, “Today is my wife’s birthday, and I would like to buy her a nice bottle of French perfume.”

“Oh, wonderful,” the sales lady said. “That will be a nice surprise for her.”

“Yeah, it sure will,” Greg replies. “She’s expecting a diamond necklace!”

A policeman spotted a car speeding down the highway in the left lane. He immediately turned on his siren and went chasing after the speeder. When he got close enough, he pulled up alongside the car and saw a man who looked like he was at least 85 years old driving about 90 mph, while a lady about the same age sat in the passenger seat next to him, calmly knitting. The policeman took out his megaphone and loudly demanded, “Pull over!”

Turning around and seeing the cop with his lights flashing and sirens blaring, the little old lady opened her window and shouted to the policeman, “No… it’s a sweater.”

A salesman, tired of his job, gave it up to become a policeman. Several months later, a friend asked him how he liked his new role.

“Well,” he replied, “the pay is good and the hours aren’t bad, but what I like best is that the customer is always wrong.”

Sam walked into the Museum with his guide dog. Though unable to see, he could feel the aura generated by the quiet atmosphere, marble floors, and impressive exhibits.

Suddenly, Sam stopped, yanked the leash and began swinging the dog over his head. The manager was quickly alerted and came running over.

“Stop that right now!” he shouted. “What do you think you’re doing?”

Barbara was in Grand Central Station on her way to Connecticut. She had never taken the trip before, and was wondering if she had to switch trains in Stanford. When she reached the ticket booth, she placed her money on the counter and announced her destination. As she received her ticket, she asked the ticket agent, “Will I need to change?”

The agent looked up at Barbara and said, “Well, I wasn’t going to say anything but, yes – those shoes really don’t go with that belt.”

A Turn of Events

Yankel was waiting on the platform at the train station. He noticed a Jewish man standing nearby and asked him the time. The man ignored him, and so Yankel asked him again, only to be ignored a second time.

Frustrated, Yankel asked, “Excuse me, but I’ve asked you for the time twice. Why are you ignoring me?”

The man looked at Yankel and said, “Look, we’re obviously both waiting for the train. If I would answer you, then when we get on the train you will most likely come and sit next to me. Then you will probably start a conversation and while we are talking I may invite you to my house for Shabbat. When you come to dinner, you will meet my daughter and I’m sure you will like her. You may eventually want to marry her.”

“And what would be wrong with that?” Yankel demanded.

“To be honest with you,” the man replied, “why would I want a son-in-law who can’t afford a watch?”

Back in the 1960s, when NASA first started sending up astronauts, they quickly discovered that standard ink based pens were unreliable in zero gravity. To combat the problem, NASA set up a task force of scientists at six top university research centers around the country, who spent a decade and $26 million to develop a pen that can write equally well in zero gravity, upside down, underwater, on almost any surface, and at temperatures ranging from below freezing to 220 degrees. The Russians, faced with the same technical challenge to space travel, just used a pencil.

My first job was working in an orange juice factory, but I got canned… couldn’t concentrate.

Then I worked in the woods as a lumberjack, but I couldn’t hack it… so they gave me the ax.

After that I tried to be a tailor, but I just wasn’t suited for it… mainly because it was a sew-sew job.

Next I tried working in a muffler factory, but that was too exhausting.

Then I tried to be a chef. I figured it would add a little spice to my life…. but I just didn’t have the thyme.

I attempted to be a deli worker, but any way I sliced it, I couldn’t cut the mustard.

I studied a long time to become a doctor, but I didn’t have any patience.

I finally got a job as a historian… until I realized there was no future in it.

After a rash of accidents in Florida where cars skidded into canals, Mrs. Stevens was worried that this might happen to her. So she asked her 20-year-old son Brian to buy a tool that could break the car windows in case the vehicle ever went underwater.

“It’s good to be prepared,” she mentioned to her son when he gave her the device.

While driving his mother’s car the next day, Brian called his mother, “Mom, where’s the tool I bought, did you have a chance to put in the car?”

“I sure did,” his mother replied, “It’s in the trunk next to the spare tire.”

Richie: “Hey Tommy, what does your daddy do for a living?”

Tommy: “My daddy’s an accountant and he works from home.”

Tommy: “What does your daddy do?”

Richie: “My daddy’s a Congressman in Washington.”

Richie: “No, just the regular kind.”

It Was an Accident

Joe was getting into his car when he noticed a dent. He then looked up and saw a note on the windshield with the phone number of the driver who caused the damage.

Joe called and the woman profusely apologized for the incident. “I feel terrible,” she said. “I accidentally hit your car as I was pulling into the next parking spot.”

“Please don’t worry,” Joe said. “I’m sure our insurance companies will take care of everything.”

“Thank you so much for understanding,” she said. “You’re so much nicer then the man that I hit on the way out.”

Impressed by how well Private Jones was getting recruits to sign up for GI Insurance, the captain listened in on his sales pitch.