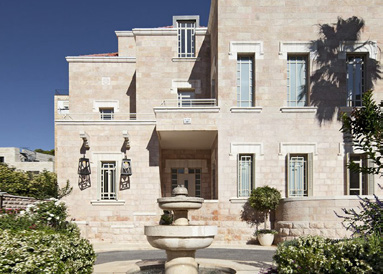 Sol gave an exclusive listing for the sale of his home to Alicia, an experienced realtor in their local neighborhood in Jerusalem. The price Sol was asking for the property was a firm $2.45 million. Nearly four months later, Alicia informed Sol that although the home was overpriced, she had nevertheless found a potential customer willing to pay $2.4 million – $50,000 less than his asking price. Sol knew that even at the asking price he was nearly giving away the property, but he reluctantly agreed, and sold the property to Alicia’s customer for $2.4 million. A month later, Sol met Danny at a wedding, and the two discussed the recent sale of Sol’s home. Danny was surprised to hear that the property sold for $2.4 million, since he had given Alicia an offer matching the asking price of $2.45 million. Sol began to investigate, and he was told by the buyer that Alicia offered to reduce the price by $50,000 if the buyer would agree to transfer to her $25,000. The buyer confessed that it was wrong to make the payout, but at the time he rationalized that it was anyhow common to receive a reduction from the asking price, and no harm was done by paying Alicia. Sol was enraged, and he contacted our Bet Din claiming that Alicia is to forward to him the $50,000 he lost on the sale. Alicia defended her position by explaining that Danny submitted his offer way after Sol agreed to sell the property to the buyer. Although at that point the contract was still unsigned, nevertheless, she claimed, Sol was so desperate for cash he would have likely rejected Danny’s offer because of the time that would be needed to process the new contract. Alicia never openly admitted that she collected $25,000 from the buyer, but she also never denied the allegation. How should the Bet Din rule – in favor of Alicia or Sol, and why?

According to the ruling of leading halachic authorities, one who withholds funds deposited in his possession may be liable for the loss incurred the money’s owner, if the funds were needed for a profitable investment. This ruling is applicable only if the money’s owner stipulated at the time of the deposit that the money is to be available to him on call. Hence, if it is proven that the money’s owner forfeited a profitable investment because the funds were withheld, he may collect his lost earnings. If, however, it is unclear whether the owner indeed incurred a loss of profit, he is not entitled to claim additional payment after the deposit is returned.

In light of this ruling, it stands to reason that if an exclusive real estate agent declines a serious buyer without the homeowner’s consent, the homeowner may collect the lost additional funds from the agent. An exclusive real estate agent deliberately withholding vital information concerning a profitable buyer is considered to be causing damage to the client, and is thus liable to compensate for any consequent financial loss. Since the agent controls the property, withholding information that can generate a profit for the owner is similar to withholding deposited funds that could have otherwise been invested and yielded a profit. It must be emphasized, however, that the agent is liable only if it can be proven that withholding the information – such as information about a high offer by a potential buyer – indeed resulted in a loss. In most instances, this cannot be proven, as seldom can one know for certain that a potential buyer who made an offer would have indeed gone through with the transaction. Needless to say, in instances where the seller was likely to reject the potential buyer, the real estate agent is not liable for payment. While a number of halachic authorities disagree with this ruling, a Bet Din will consider this view when formulating a decision.

The rules of the National Association of Realtors state that the fiduciary duties of a real estate broker is to be loyal to the seller – his client – by acting at all times solely in the seller’s best interests. A real estate broker who acts on behalf of both the buyer and the seller without clearly disclosing his status to both parties, is termed an “undisclosed dual agent.” Such activity is universally considered to be a breach of an agent’s duty of loyalty; it is also considered fraud, and a violation of the real estate license law. In addition, a broker representing a seller is restricted from disclosing to a buyer that a seller can, or must be prepared to, sell his property below the listed price. Furthermore, it is the responsibility of the agent to disclose all offers to the client, and failure to do so constitutes breach of contract. Torah law encompasses these aforementioned rules, thereby subjecting an agent violating the law, to forfeit her sales commission.

Leading halachic authorities require a party who benefits from indirect damage he caused, to reimburse the victim for his loss. Although the damage was indirect, and the offender normally would have been exempt, nevertheless, if he profited as a result of his actions, he is required to provide compensation. Therefore, if a real estate agent disclosed to a buyer that he can lower the purchase price asked by the seller he is representing, and the buyer agrees to give the agent a portion of the difference in exchange, the agent is liable for the damage he caused the seller. Although the damage was caused indirectly, nevertheless, the agent benefited from the seller’s loss. Since the buyer was clearly willing to pay the seller more for the property, it is unlawful for the agent to pocket that money, and he must therefore forward it to the seller.

By Torah law, although generally two witnesses are required in order to exact payment from a guilty party, nevertheless, if one unbiased witness testifies that a defendant is guilty, the defendant is required to take an oath before he is excused from liability. However, since various conditions must be met in order for Bet Din to require an oath in such a case, a Bet Din will attempt to reach a settlement between the parties in order to avoid an oath.

Our Bet Din settled the matter by instructing Alicia to pay $25,000 to Sol. Although Alicia never openly admitted to cheating Sol by making a deal with the buyer, she never denied the allegations. The buyer appeared in Bet Din and testified against Alicia, forcing her to admit that she indeed received from him a payment, though she immediately corrected herself by saying the money was forwarded to her for a different service she had provided. As mentioned in Torah law, if she indeed benefited from the loss she caused Sol, she is obligated to submit to him all proceeds she had collected. Furthermore, Alicia was in violation of her fiduciary duties as a realtor, by not notifying Sol of Danny’s offer which was $50,000 higher than the final sale price. Likewise, according to the allegations, Alicia was working as an undisclosed dual agent, behavior which constitutes fraud, and breach of contract. The severity of Alicia’s conduct is grounds to have her forfeit her commission, and have her license revoked, and thus the ruling obligating Alicia to pay $25,000 was in fact a light sentence relative to Alicia’s offenses. Nevertheless, Sol’s claim of $50,000 on account of Danny’s offer was denied. Upon inquiry, it became evident that Danny’s offer would have most likely been rejected by Sol, who needed to sell his property immediately due to a pressing foreclosure process. Failure to notify Sol of Danny’s offer was illegal and may end up causing Alicia to lose her license, but it is not grounds for monetary compensation.

YOU BE THE JUDGE!

Jack wrote a handwritten last will and testament back in 2007. Upon his passing in 2019, the will was found with Jack’s papers in his safety deposit box. The will was not prepared by a lawyer nor was it notarized or signed by witnesses. Jack simply fixed his signature to the bottom of a briefly written statement. In the will, Jack offered to gift his private home to the child that provides full time room and board for his son Joey, a child with special needs. In 2007, when Jack wrote the will, his only daughter was not yet married. In 2019, prior to Jack’s passing, his daughter, who was by then married, took Joey into her home for nearly six months before sending him off to a facility that provides for all of Joey’s needs. Jack’s daughter and son-in-law presented the handwritten document to our Bet Din claiming that their father legally gifted them his home since they provided room and board for Joey. Jack’s two sons acknowledged that they were aware of the document their father wrote before their sister provided room and board for their brother Joey, but they were nevertheless unwilling to transfer the property over to their sister. The two brothers defended that it was not their father’s intent to gift his daughter the home for a mere six months of room and board. They explained that back in 2007 the circumstances were different and there was a real concern for Joey’s welfare.

WHO SHOULD INHERIT THE FATHER’S HOME?
HOW SHOULD THE BET DIN RULE AND WHY?