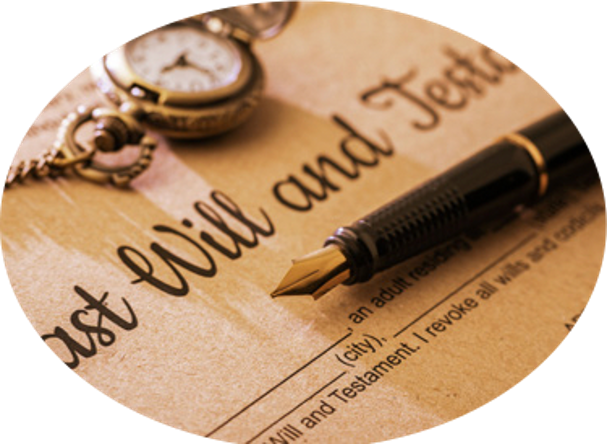 Jack wrote a handwritten last will and testament back in 2007. Upon his passing in 2019, the will was found with Jack’s papers in his safety deposit box.  The will was not prepared by a lawyer nor was it notarized or signed by witnesses. Jack simply fixed his signature to the bottom of a briefly written statement. In the will, Jack offered to gift his private home to the child that provides full time room and board for his son Joey, a child with special needs. In 2007, when Jack wrote the will, his only daughter was not yet married. In 2019, prior to Jack’s passing, his daughter, who was by then married, took Joey into her home for nearly six months before sending him off to a facility that provides for all of Joey’s needs. Jack’s daughter and son-in-law presented the handwritten document to our Bet Din claiming that their father legally gifted them his home since they provided room and board for Joey. Jack’s two sons acknowledged that they were aware of the document their father wrote before their sister provided room and board for their brother Joey, but they were nevertheless unwilling to transfer the property over to their sister.  The two brothers defended that it was not their father’s intent to gift his daughter the home for a mere six months of room and board. They explained that back in 2007 the circumstances were different and there was a real concern for Joey’s welfare.

Who should inherit the father’s home? How should the Bet Din rule and why?

According to the ruling of the Shulhan Aruch, a last will and testament must detail that the heirs of an estate will effectively receive their awards prior to the passing of the benefactor. The underlying reasoning is that one cannot gift another person unless he is still alive. In the absence of a halachically valid will, the assets of an estate are distributed according to standard biblical law as specified in our Torah.

A premier halachic authority proposes that although a will prepared in accordance with civil law generally does not comply with the above requirement, it is nevertheless viewed as halachically binding.

Hence, although a civil will clearly bequeaths the assets of an estate only after death, since the document is enforceable in a civil court it is rendered in a Bet Din as a binding transaction. Although it is technically invalid, the practice of preparing such a will is so widespread and is so powerfully effective in court, it waives the above halachic requirement.

In short, according to this novel opinion, a legal last will and testament prepared by a lawyer and collectable in court is halachically valid. It is important to note, that although some earlier sages agree with this view, many other halachic authorities render a civil will as null and void.

Needless to say, even according to the aforementioned view, if the will is prepared inaccurately and is not even enforceable in a civil court, it is rendered null and void.

By rule of the Shulhan Aruch, a written text found in the possession of the deceased listing the estate’s distribution, is not an enforceable document.  Although the text is written and signed by the deceased, since it is not signed by witnesses nor delivered to a third party, there is a concern that perhaps in the interim, the estate owner changed his mind about the distribution.  Witnesses and notaries attest to the will giver’s intent and commitment to the distribution. Additionally, transferring the text to a lawyer for execution or to the estate’s beneficiary is an indication of the benefactor’s final decision with regard to the estate distribution. Therefore, in the absence of the above requirements a written text is invalid.

A Bet Din is required to analyze any conditions stipulated by a benefactor prior to awarding a beneficiary. Too often beneficiaries tend to believe that they fulfilled the stipulated conditions when it is apparent they did not.

Our Bet Din ruled in favor of Jack’s two sons by denying Jack’s daughter sole inheritance of his private home. As mentioned in Torah law, the written statement found in Jack’s safety deposit box does not constitute a valid last will and testament. Since the statement was not signed by witnesses, nor was it transferred to a third party to execute, it is halachically and legally rendered null and void. Furthermore, there is concern that perhaps Jack changed his mind with regard to the transfer of his private home to the care provider of his son Joey.  Jack did not submit the text to his lawyer since his special child Joey was already older and no longer needed significant homecare. The two sons contested their sister’s preposterous claim by bringing evidence that they as well hosted Joey for numerous weeks at a time. They explained that by no means does their sister have the grounds to solely inherit the private home.

Hence, our Bet Din referred to an earlier notarized will, that was signed by witnesses, which distributed all of Jack’s assets without distinction into three equal parts. Jack’s  two sons and his daughter were instructed to equally share all of  his estate including his private home.

Joan, the eldest child of her beloved father, testified that months before his passing, her father said that he wished to gift her younger sister Sherry a sum of $100,000 from his estate. For many years Sherry selflessly tended to all of her father’s complex medical needs. Their three brothers presented the last will and testament to our Bet Din which allocated to each of the three sons 25% of the estate, with Joan and Sherry to receive 12.5% each. Upon Joan’s testimony the three brothers responded that they never heard of such a baseless claim. The brothers explained that the reason their father gave each daughter 12.5 %, was in lieu of Sherry’s dedication. Joan was gifted her percentage only on the account of Sherry, as their father did not want to leave her out of the distribution. The brothers suggested that perhaps Joan and Sherry conspired against them to collect an additional $100,000, since this is the first time they heard of the extravagant gift. Joan emphatically reinstated her claim and added that Sherry and her husband were in deep debt and were struggling. Joan claimed that it was their father’s last wishes to help Sherry with an additional sum of money.

Is Sherry Entitled to an Additional $100,000 from the Estate?

How Should the Bet Din Rule and Why?