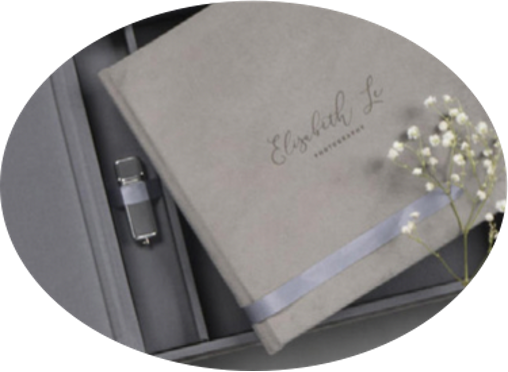 Sara and Alan were newly married. They enjoyed an extravagant wedding, even during the height of a pandemic. The flowers, music, catering, and photography were from the finest service providers in the industry. Sometime after the wedding, they were informed by Jack, the photographer, that his main office was robbed and the burglars stole all of his valuable equipment, including the pictures and video of their wedding. Sara and Alan were devastated by the news and claimed that Jack was required to return the payment for his services and provide steep monetary compensation for their misfortune. They added that there was ample time between the wedding and the theft during which Jack could have stored their file on a backup online system. Jack responded that since he fully serviced the couple on the night of their wedding, he was entitled to most of the $6,000 he was already paid. As per compensating the couple for the stolen pictures and video, Jack dismissed the offensive claim. Jack explained that he locked his office door as usual only to return the next day to the scene of a full-fledged burglary. He added that the couple were selfishly thinking of their own loss and not of his far more substantial one. He responded that if the office was safe enough for his valuable equipment it was safe enough to store their wedding file.
Is Jack entitled to his wages? Is he required to compensate Sara and Alan for the loss of all their wedding memories? How should

the Bet Din rule and why?

According to the ruling of the Shulhan Aruch, a manufacturer that does not deliver an ordered product is responsible to return the advanced funds to the buyer. The manufacturer is required to return the funds regardless of whether his inability to deliver the product was due to his negligence or due to circumstances beyond his control. Since he is unable to deliver the ordered product, the buyer is entitled to a full refund.

Nevertheless, a manufacturer unable to deliver the product is only liable to return the money that was advanced. He is not responsible for any other loss or damages sustained by the buyer that resulted from the undelivered product.

By rule of the Shulhan Aruch, an employee is liable for damages caused by loss, theft, or negligence of the material entrusted to him by his employer. Not only does he forfeit his wages on account of his negligence, but as mentioned, he is also responsible for the cost of damage sustained to the employer. As opposed to a manufacturer who owns the product until its delivery, an employee or contractor is liable for damage of a product entrusted to him by his employer.

Based on the terms and nature of an agreement, a Bet Din will determine whether a service provider is deemed by law as a manufacturer selling a product, or as an employee. As aforementioned, a seller or manufacturer of a product is not responsible for any other damages other than retuning to the customer any advanced payment.

An employee is usually not required by law to monetarily compensate his employer for the emotional distress he caused. A lost item of only sentimental value is not necessarily collectable even in the case of negligence.

VERDICT Get the Picture?!

Our Bet Din ruled in partial favor of Sara and Alan and required Jack the photographer to reimburse them in full. Since Jack did not supply the couple with either the pictures or the video they ordered, he is required to return the entire sum of $6,000 advanced. The operating agreement between the couple and Jack was not based on an hourly wage, but rather on the delivery of pictures, albums, and an edited video. Hence, in the absence of delivery of the products ordered, Jack is required to return the money without withholding wages as an employee.

Nevertheless, Sara and Alan’s claim for compensation for the anguish of the stolen pictures was rejected. Jack, like any other manufacturer, is not required by law to pay for damages caused by his inability to deliver a product. Just as a retailer is not entitled to compensation for lost profits from a wholesaler unable to deliver, Jack is not required to reimburse the couple for the loss of their wedding pictures.

Furthermore, even if we view Jack as a contracted employee, his failure to save the files of the wedding in an online system is apparent negligence. He is therefore not entitled to his wages. Although a contractor is responsible for damages to a product resulting from his negligence, one can argue that the loss of wedding pictures is strictly sentimental and has little intrinsic monetary value.

However, as mentioned, our Bet Din viewed Jack as an independent seller since the operating agreement indicates that he was not a contracted employee. As a seller of a product, he is clearly not liable to compensate them for their anguish.

You be the judge!

David, a professional roofer, hired workers to assist him with the repair of a roof in the local neighborhood. The workers, who were close friends of David, abandoned the job midway through the work, causing substantial damage. As a result of the damage, David was required to remove the partial roof already worked on, in order to start again with a different set of workers. In Bet Din, David demanded that the workers pay him for his loss on account of their deliberate decision to abandon the work site. The workers responded that they were not roofers by trade and that they merely volunteered to help David with his job. They claimed that they only volunteered to help him since he was very shorthanded on account of COVID-19. They added that they were never officially hired to do the job, as no specific wages were ever discussed. They explained that after two hours of work in the freezing outdoors they expressed to David that they realized that were in for more than they had signed up for. David responded that he had every intent to pay them in full for their services. Furthermore, David persisted that once they agreed to assist, they were responsible to complete the job.

IS DAVID ENTITLED TO COLLECT DAMAGES FROM THE DEFENDANTS?

HOW SHOULD THE BET DIN RULE AND WHY?

YOU BE THE JUDGE and send your response to YouJudge@CommunityM.com

Verdicts – and the accompanying rationale – will be reviewed by the Rosh Bet Din. The first three correct submissions received before the deadline will win a $50 gift certificate to a Community Magazine advertiser! Correct entries will receive honorable mention in the next issue when the Rosh Bet Din’s verdict is printed.