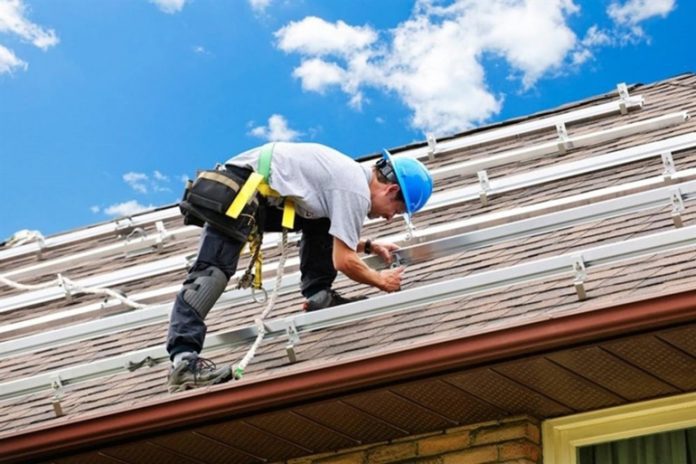 David, a professional roofer, hired workers to assist him with the repair of a roof in the local neighborhood. The workers, who were close friends of David, abandoned the job midway through the work causing substantial damage. As a result of the damage, David was required to remove the partial roof already worked on, in order to start again with a different set of workers. In Bet Din, David demanded that the workers pay him for his loss on account of their deliberate decision to abandon the work site. The workers responded that they were not roofers by trade and that they merely volunteered to help David with his job. They claimed that they only volunteered to help him since he was very shorthanded on account of COVID-19. They added that they were never officially hired to do the job, as no specific wages were ever discussed. They explained that after two hours of work in the freezing outdoors they expressed to David that they realized that were in for more than they had signed up for. David responded that he had every intent to pay them in full for their services. Furthermore, David persisted that once they agreed to assist, they were responsible to complete the job.

Is David entitled to collect damages from the defendants? How should the Bet Din rule and why?

According to the ruling of the Shulhan Aruch an employee who quits his job is not required to pay his employer for structural damages and the like caused by the terminating of his employment. Although it is incumbent on an employee to service his employer in good faith, he is nevertheless exempt from liability even for foreseeable damage caused by his choice to terminate employment midway. While various halachic opinions differ with the above ruling, litigants of Sephardic origin are bound to the ruling of the Shulhan Aruch.

When an employee causes damage by abandoning his job midway he is not entitled to collect the wages for his work. Since the employer did not benefit from the labor, he is not required to compensate his employee for his time.

While a worker who quits midway is not liable for structural damage, he can, at times, be responsible for the increased cost of labor to complete the job. This responsibility to compensate his employer is applicable if at the time of his hire other workers were available at the same price. The underlying reasoning for this ruling is that a worker is responsible to fulfill his contractual agreement to his employer. The agreement includes the completion of labor at the fixed price between them. Although he maintains the legal right to quit midway, he is required to insure his employer that the job will be completed at no additional cost. This ruling is applicable in instances in which the employer is currently sustaining a loss due to the reneging of his

employee. If however, there is no imminent loss, the employer is instructed to patiently seek other employees willing to work at the original price.

The above information is applicable to a hired worker. A person that volunteers to service another does not assume any liability. Early halachic authorities explain that only a paid worker has a contractual obligation to complete a job at a set price. Quite the contrary is the relationship of a volunteer servicing a person in need of a worker. Such a person is to assume from the very onset that it is very likely that a volunteer can and will abandon a job midway. Even in the event one offers a volunteer payment not to quit the job midway, nevertheless, in the absence of a preexisting agreement the volunteer is free from all liability.

An employer claiming that he intended to fully compensate a volunteer after his work did not create a legal binding obligation and his intention to provide compensation for the work does not represent a contractual agreement. Hence, without stipulating clear terms of payment from the beginning of employment, a volunteer does not bear any responsibility when walking away from a job midway.

Our Bet Din rejected David the roofer’s claim for compensation from his workers. As mentioned in Torah law, even a paid worker is not liable for structural damage caused by quitting his job midway. Although a hired worker has a contractual obligation to his employer, making him responsible for various potential claims, nevertheless, a volunteer does not assume any liability when walking away from his job. David should have anticipated that volunteer workers are likely to abandon a difficult job. David’s claim that he intended all along to pay in full does not represent a binding contractual agreement. Without stipulating from the onset the terms of compensation for their employment, the workers are viewed as volunteers and are free of any liability.

Joe recently moved out of his office in Manhattan on account of COVID-19. David, who was renting an office in Brooklyn, offered to sublet half of his office space to Joe for payment of half the rent. The arrangement continued for six months until the landlord claimed that David his tenant was in breach of contract. The landlord presented the contract to our Bet Din, which explicitly restricted David from transferring the property to another tenant. The landlord requested to evict David from his property and demanded that all proceeds illegally collected from the sublet are to be forwarded to him. David responded that he cannot afford to pay the sum of $21,000 but is willing to do so if he is required to by Torah law. He further expressed that since to date he paid in full all of his rent, he should not be required to forward the money he collected from Joe. As per the eviction, David explained that either way he is unable to pay his rent without an additional tenant to supplement the cost and he is happy to leave the property. David then informed his landlord that he needs four to six months to find a smaller property.

Is the landlord entitled to the proceeds of the unauthorized six months of Joe’s tenancy? Does he have the right to evict David? Can David stay for an additional four to six months until he finds a smaller property? How should the Bet Din rule and why?