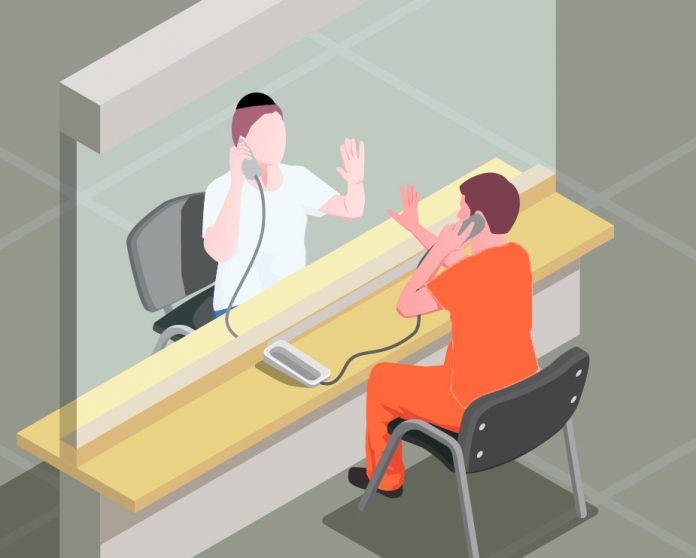 “…his commitment to observe two mitzvot on a consistent basis gave him a special zechut and Divine protection from a difficult situation.”

Shelomo, a Mitzvah Man volunteer, wanted to do a special out of the box hesed for Purim. The Mitzvah Man director put him in contact with a rabbi who regularly visits hospital patients and prisoners. The Mitzvah Man suggested the volunteer ask the rabbi if he would arrange a visit with a Jewish prisoner. It would be a big mitzvah to bring along mishloah manot and sit with the prisoner and give him hizuk (words of encouragement).

The way was cleared for Shelomo to go to the high-security prison and on Purim he went to meet Harold, a Jewish man sentenced to 25 years in prison.

Shelomo arrived at the drab prison building and was directed to Harold, who was delighted to have a visitor. Shelomo and Harold sat together talking. Harold told Shelomo that a rabbi comes every week to give a Torah class and he enjoys the learning immensely.

Harold looked at Shelomo and said, “I must tell you a story. Listen to what happened to me.”

Every week I get a delivery from outside the prison of a carton of cigarettes. I look forward to it. Having these cigarettes alleviates some of the pressure and anxiety that I feel in prison.

One day, one of the meaner, menacing prisoners comes over to me and says, ‘From now on these cigarettes are mine – OR ELSE.’

I was petrified. This man just threatened my life for a weekly carton of cigarettes. The cigarettes that I looked forward to would be no more.

The next time the rabbi came I told him what happened and asked him how I should handle this situation. Very simply, the rabbi told me, ‘Take upon yourself the observance of two mitzvot.’ Okay. Two mitzvot. I said that I would put on tefillin each weekday and that I would recite the beracha ‘Asher Yatzar’ when applicable.

Only one week later I had news. I told the rabbi, ‘You are not going to believe this! The scary prisoner was trying to put himself on fire in his cell and was placed in solitary confinement.’

I thought, great! But what happens when he comes out of his solitary confinement! The rabbi encouraged me to continue keeping the two mitzvot.

One week later, I had even better news. This guy was transferred to another prison!

Shelomo was overwhelmed by this story. It was obvious to him that Harold was not religious, although perhaps he once was.

It seems like Harold was not a tzaddik, as he had been found guilty of a crime that merited a long prison sentence.

However, his commitment to observe two mitzvot on a consistent basis gave him a special zechut and Divine protection from a difficult situation.