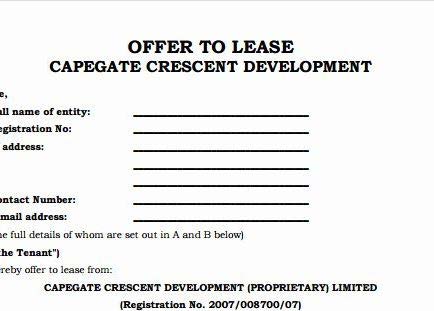 Joe recently moved out of his office in Manhattan on account of COVID-19. David, who was renting an office in Brooklyn, offered to sublet half of his office space to Joe for payment of half the rent. The arrangement continued for six months until the landlord claimed that David his tenant was in breach of contract. The landlord presented the contract to our Bet Din, which explicitly restricted David from transferring the property to another tenant. The landlord requested to evict David from his property and demanded that all proceeds illegally collected from the sublet are to be forwarded to him. David responded that he cannot afford to pay the sum of $21,000 but is willing to do so if he is required to by Torah law. He further expressed that since to date he paid in full all of his rent, he should not be required to forward the money he collected from Joe. As per the eviction, David explained that either way he is unable to pay his rent without an additional tenant to supplement the cost and he is happy to leave the property. David then informed his landlord that he needs four to six months to find a smaller property.

Is the landlord entitled to the proceeds of the unauthorized six months of Joe’s tenancy? Does he have the right to evict David? Can David stay for an additional four to six months until he finds a smaller property? How should the Bet Din rule and why?

According to the ruling of the Shulhan Aruch a tenant who violates the terms of his contract is subject to penalty. A tenant being in material breach of contract is generally grounds for eviction. Nevertheless, contemporary halachic authorities rule in compliance with tenant protection laws that require a slower more methodical process when evicting a tenant. Tenant protection laws are incorporated by Torah law since they were instituted by the government for the safety and welfare of society. More recently, however, new and progressive protection laws were added and do not necessarily represent or comply with Torah law. For further details regarding these recent additional laws, a competent halachic authority should be consulted.

By rule of the Shulhan Aruch a tenant who is authorized to sublet a property is entitled to all proceeds including any profit that is generated from the transaction. However, in the event a tenant illegally sublets the rented property to another, he is required to forward any amount above the cost of his rent to the landlord. The underlying reasoning for this law is that once a tenant vacates the rental for the unauthorized tenant, we view the property as vacant and available for the landlord to rent. Hence, upon entry of the unauthorized tenant to the vacant

property all profits are rightfully forwarded to the landlord. Additionally, an unauthorized sublet is usually a material breach of contract and is therefore grounds for eviction.

The above ruling is applicable in instances in which a tenant vacates a property in order to provide an unauthorized entry to another. If, however, the tenant does not vacate but rather occupies the property while he provides another to share in the space, the above ruling is not applicable. Although providing unauthorized entry to even a portion of the landlord’s property is grounds for eviction, it nevertheless does not entitle the landlord to collect the additional profits generated from the sublet. Since all along the original tenant was occupying the property, so it was not available for the landlord to rent. Hence, we no longer view the new unauthorized tenant as the landlord’s asset. But rather, the unauthorized tenant is viewed as the asset of the original tenant, who minimized his usage of the space in order to offset his rent.

The ruling enabling a tenant to keep the money he collected to offset his rent is only applicable to an unauthorized tenant of the past. Regarding the months going forward, the landlord is entitled to collect all proceeds from both tenants. By Torah law, a landlord can demand of his original tenant to instruct the unauthorized tenant to leave. If the original tenant fails to abide, then the landlord may stipulate new terms going forward, which may include collection from both tenants.

Our Bet Din enabled David to offset his rent by keeping the money he already collected from Joe. Nevertheless, the landlord is entitled to begin an eviction process since David was in breach of contract after enabling Joe’s unauthorized entry. If during the interim of an eviction process David continues to illegally share the property with Joe, the landlord is then entitled to collect payment from both tenants. The underlying reasoning for this ruling is detailed in the Torah law section of this article.

Robert successfully accumulated 420,000 miles on his credit card and sold the miles to Simon for $5,000. Simon, a mileage broker, then sold the miles to Lewis, a well-known travel agent. Lewis issued a ticket to his customer using the miles, but he thereafter cancelled the order since he accidentally misspelled the customer’s name. The airline first deducted the 420,000 miles when Lewis issued the ticket, only to thereafter credit the account upon the ticket’s cancellation. When Lewis reissued the ticket with the proper spelling, he again used the miles available in the account for the purchase. His customer successfully traveled using the ticket he purchased from Lewis. Much to everyone’s surprise, the airline did not deduct the points from the account after Lewis reissued the ticket. The three contacted our Bet Din each claiming ownership of the 420,000 miles still in the account. Robert suggested that as the account holder he is clearly the owner of the miles. After all, he performed his end of the deal by giving access to his account to purchase a ticket with his miles. He claimed that since the process does not include the transfer of the miles to a different account, the balance in his account is his property. Simon and Lewis argued that since they paid for the miles in advance, they were the owners of the miles, even though they were in Robert’s account. The parties expressed that returning the miles to the airline was not an option, as those miles can only be deducted by issuing another ticket.

Which of the three is entitled to the miles?