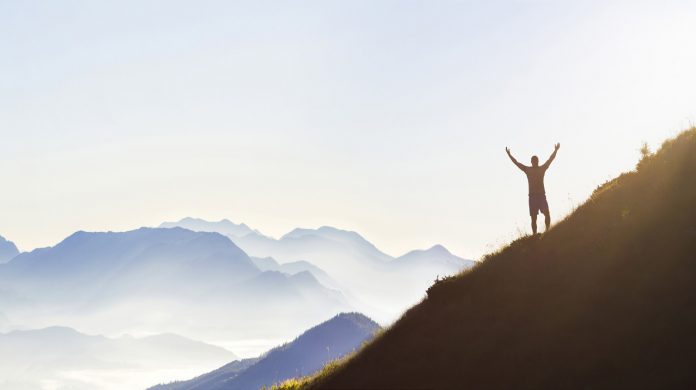 In our prayers and kiddush on Shavuot, we proclaim that Gd has given us this great festival “zecher liytziat Mitzrayim – in commemoration of the Exodus from Egypt.” Surprising as it sounds, the celebration of Shavuot serves to remind us of our miraculous departure from Egypt.

This seems strange, because we are just several weeks away from the seven-day holiday which is all about the Exodus from Egypt – Pesach. We already have a celebration of that miracle. And besides, how does Shavuot celebrate the Exodus? We all know that Shavuot commemorates Matan Torah, our receiving the Torah at Mount Sinai, seven weeks after leaving Egypt. What does this have to do with the Exodus?

The answer, in one word, is: EVERYTHING.

Pesach is referred to in our liturgy as “zeman herutenu – the occasion of our freedom.” It celebrates our attaining our freedom after years of Egyptian slavery. However, there is a common and grave misconception about what “freedom” means. Having no obligations or responsibilities is not true freedom. True freedom is the freedom to realize the purpose for which one has come into this world. Gd did not bring us out of Egypt so we could live an empty life, bereft of meaning and purpose. He brought us out of Egypt so we could serve Him – which is our purpose as human beings.

Once we understand this definition of “freedom,” we understand that the process of Yetziat Mitzrayim (the Exodus from Egypt) was not complete until we stood at Mount Sinai and accepted the Torah, formally entering into Gd’s service. Leaving the service of Pharaoh was only the first phase; the second phase was committing ourselves the service of Gd.

This is reflected in the famous “arba leshonot geulah – four expressions of redemption,” the four promises that Gd made to our ancestors in Egypt (Shemot 6:6-7): 1) vehotzeti (“I shall take you out”); 2) vehitzalti (“I shall save you”); 3) vega’alti (“I shall redeem you”); 4) velakahti (“I shall take you”). The fourth expression – “velakahti” – refers to the time of Matan Torah, when we entered into a covenant with Gd, becoming His cherished nation. This marked the culmination of the process of the Exodus.

As we know, the four cups of wine we drink at the seder commemorate the fulfillment of these four promises. These cups are drunk at specific times during the seder – at the beginning, at the end of the Maggid section, after birkat hamazon, and after hallel. Significantly, halachah permits drinking additional cups of wine in between these four cups, if one wishes, except in between the third and fourth cups. The reason given is that we must make it abundantly clear that the fourth cup – signifying Matan Torah – is integrally connected to the first three, which correspond to the stages of our freedom from Egyptian bondage. There can be no disruption whatsoever between our departure from Egypt and our acceptance of the Torah – because we must understand that we were freed solely for the purpose of entering into the service of Gd.

Thus, Shavuot, which celebrates the event of Matan Torah, is truly “zecher liytziat Mitzrayim” – a commemoration of the Exodus from Egypt, insofar as it marks the culmination of this process.

Our Wedding With Gd

There may, however, be an additional explanation.

Numerous customs observed at weddings bring to mind Matan Torah. Tradition teaches that Gd adorned Mount Sinai with beautiful greenery and flowers – correspondingly, it is customary to decorate the huppah with ornate flower arrangements. The Sages tell that hosts of angels escorted our ancestors from the camp to the mountain – just as the bride and groom are joyously escorted to the canopy. The Gemara famously relates that at the time of Matan Torah, Gd suspended the mountain above Beneh Yisrael, like a huppah.

Indeed, Matan Torah was a wedding. Gd was the groom, and Beneh Yisrael were the bride. Just as a bride and groom stand together under the canopy and express to one another their unbridled commitment and loyalty, so did we stand with Gd at Mount Sinai and make such a proclamation. We entered into an everlasting bond, whereby we are forever devoted to one another.

Extending this idea one step further, we might say that Yetziat Mitzrayim marked the “engagement.” An engagement, after all, is the decision to enter into the marital bond with the other party. This is what happened at the time of the Exodus – Gd singled us out and “invited” us to join Him, as it were. We happily agreed, and the “wedding” took place seven weeks later, on Shavuot.

The question is, why did we need these seven weeks? When a couple gets engaged, the wedding does not take place immediately, because they need time to make the preparations. They need to reserve a hall, hire a caterer, orchestra and photographer, buy special clothes, and set up a home. All this takes time. But Gd didn’t need time to prepare for His “wedding” with the Jewish People. He could have very easily held the ceremony right away. Why did He wait seven weeks?

The answer is rooted in the halachic requirement of a minimum engagement period. Even if no preparations need to be made, and the couple could, practically speaking, get married right after getting engaged, halachah mandates waiting at least seven days. Only then may the bride immerse in a mikveh and thereby complete her process of purification in preparation for marriage.

The Kabbalists explain that Beneh Yisrael, the bride, similarly needed to undergo a purification process. They had spent over 200 years in Egypt, a society that was characterized by idol-worship and decadence. For over two centuries, our ancestors were submerged in the “impurity” of ancient Egypt, and were significantly impacted by its culture. According to Kabbalistic teaching, they plummeted to the “49th gate of impurity” – just one step before the 50th level, from which they would have been unable to recover. In this condition, they could not “marry” Gd. They needed to first undergo a process of purification – just as a bride must purify herself before she can marry her groom.

The Kabbalists further explain that whereas a regular bride requires seven days for purification, Beneh Yisrael had become so contaminated in Egypt that they needed seven weeks. The period between Yetziat Mitzrayim and Matan Torah was earmarked for preparation, for Beneh Yisrael to rid themselves of the impurities of Egypt so they could stand under the “huppah” with Gd where together they would forge an eternal bond.

Mount Sinai is known also by a different name – “Har Horev.” The root “h.r.v.” means “destroy.” Sinai is so named because the event that transpired there – Gd’s revelation and our receiving the Torah – marked the complete “destruction” of the yetzer hara, the evil inclination. The Talmud states that at that time, “paseka zuhamatan” – the nation’s “filth” was eliminated. Over the course of the seven weeks of purification, culminating with Matan Torah, Beneh Yisrael succeeded in fully cleansing themselves, and triumphing over the yetzer hara. This might be the meaning of the term “Har Horev.” The Gemara in Masechet Sukkah says that the yetzer hara is likened to a mountain: just as it demands immense effort to scale a mountain, so does it require immense effort to overcome lures and temptations. “Har Horev,” then, could mean, “destroying the evil inclination.” At the time of Matan Torah, our ancestors completed their rise from the spiritual depths to which they had sunk in Egypt, to the point where they eliminated their sinful impulses altogether, and the yetzer hara was completely destroyed.

Taking “Egypt” Out of the Jew

In light of this, we may arrive at a new understanding of the expression זכר ליציאת מצרים.

The Satmar Rebbe (Rav Yoel Teitelbaum, 1887-1979) suggested that when we speak of Shavuot celebrating יציאת מצרים, we refer not to our departure from Egypt, but rather Egypt’s departure from us. The term יציאת מצרים literally means, “Egypt’s departure” – the expulsion from Egyptian beliefs and values from the people’s hearts and minds. Shavuot celebrates the completion of the process of “Har Horev,” of destroying the negative spiritual forces which our ancestors had absorbed in Egypt, driving Egyptian influence out of their souls.

Reflecting on our ancestors’ remarkable accomplishment – rising from the depths of impurity to the heights of spiritual greatness – should be a great source of encouragement for us in our generation, when we face enormous religious challenges. We are, on the one hand, blessed to live in a country which guarantees all citizens the freedom to live as they wish, and this freedom is what has enabled our nation to thrive on these shores and to practice our religion without fear or intimidation. On the other hand, this freedom has allowed for the emergence of a culture which, in many ways, is antithetical to our values. And technology has enabled this culture to infiltrate Jewish life, and to have a profound – and, oftentimes, devastating – impact upon our souls. If our ancestors were able to climb this “mountain,” and reach the peak of holiness after having fallen to the lowest depths, then we, too, can climb. As difficult and challenging as religious commitment is in the modern era, we must remember that it is possible. Our ancestors were able to scale their mountain; we can scale ours.

Our celebration of Shavuot should encourage and inspire us to redouble our efforts to “climb,” to persist in our struggle against the strong cultural currents that we face, and continually strive for great spiritual heights, undeterred by the unique challenges that we face.