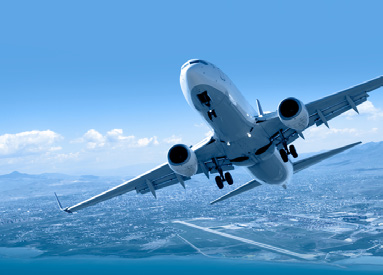 Robert successfully accumulated 420,000 miles on his credit card and sold the miles to Simon for $5,000. Simon, a mileage broker, then sold the miles to Lewis, a well-known travel agent. Lewis issued a ticket to his customer using the miles, but he thereafter cancelled the order since he accidentally misspelled the customer’s name. The airline first deducted the 420,000 miles when Lewis issued the ticket, only to thereafter credit the account upon the ticket’s cancellation. When Lewis reissued the ticket with the proper spelling, he again used the miles available in the account for the purchase. His customer successfully traveled using the ticket he purchased from Lewis. Much to everyone’s surprise, the airline did not deduct the points from the account after Lewis reissued the ticket. The three contacted our Bet Din each claiming ownership of the 420,000 miles still in the account. Robert suggested that as the account holder he is clearly the owner of the miles. After all, he performed his end of the deal by giving access to his account to purchase a ticket with his miles. He claimed that since the process does not include the transfer of the miles to a different account, the balance in his account is his property. Simon and Lewis argued that since they paid for the miles in advance, they were the owners of the miles, even though they were in Robert’s account. The parties expressed that returning the miles to the airline was not an option, as those miles can only be deducted by issuing another ticket.

Which of the three is entitled to the miles? How should the Bet Din rule and why?

The fact that the employee did not sustain the loss of his donkey is irrelevant, and the animal’s return is viewed as the employee’s good fortune. The employer has no ownership rights to the saved less valuable donkey, even though he paid the employee’s inflated wages to offset that donkey’s expected loss.

The above ruling is applicable to a wide range of cases. The general rule applied is that once an employee or contactor performs a service, an employer is required make full payment as stipulated. The employee is entitled to his inflated wages as well to that which the wages were set to compensate for. The good fortune of the saved animal from expected loss belongs to the employee, the animal’s rightful owner.

In a buy-sell agreement, when a product sold is spared, it belongs to the buyer who is the rightful owner. Although the product sold is still in the possession of the seller, the seller may not claim ownership, even if he already provided access to the buyer to earn a profit. In short, the buyer is entitled to all profits generated from the product even though it is still in the seller’s possession. When miles are sold, it is the buyer’s good fortune if the miles are not deducted from the seller’s account. He is the rightful owners of the miles.

By rule of the Shulhan Aruch, a sale is considered incomplete unless the product is shipped or transferred to the buyer’s possession. Nevertheless, when a buyer and seller agree to finalize a sale upon payment, leading halachic authorities render the sale as final when funds are transferred.

Furthermore, if by industry standards a purchase is viewed as final with the transfer of funds, halachically, the sale is viewed as final upon payment. When an agent purchases mileage from a seller, the miles typically stay in the seller’s account until a ticket is issued.

Our Bet Din awarded Lewis, the buyer, with all of the 420,000 miles in the account. Although the miles were in Robert’s account, nevertheless they were sold for cash to Lewis. As mentioned in Torah law, when agreed upon, a sale is considered final with the transfer of funds, even before the shipping of the product. Furthermore, by industry standards the sale was final when Lewis paid for the miles. When an agent like Lewis purchases miles they typically stay in the seller’s account until Lewis issues a ticket to a passenger.

Robert’s claim that he is entitled to repossess the miles since he already enabled Lewis to profit on them after issuing a ticket, is a claim that is irrelevant. As owner of the mileage, Lewis is entitled to all proceeds available of his purchase. Robert’s claim that he already performed and provided access to his account is rejected as well, since it is his responsibility to provide such access until the count is depleted of all the purchased miles. The good fortune of the miles not being deducted is to the credit of Lewis, the rightful owner of the miles.

Jennifer parked her car in the private two car driveway of her home. She had parked her car in a casual manner, leaving little room in her driveway for another car to park. Mike needed to deliver and assemble a large package to Jennifer’s next-door neighbor and was circling the block for fifteen minutes in search of a parking spot. Frustrated, Mike decided to squeeze his car into Jennifer’s two car driveway alongside Jennifer’s car. Shortly thereafter, Jennifer (who was not an experienced driver) pulled out of her driveway denting Mike’s car. Jennifer’s car was also damaged by the accident. Mike made a timely arrival to the scene of the accident and took multiple pictures of the two cars. Mike presented the pictures to our Bet Din and claimed that if Jennifer had been more careful the accident could have been avoided. He claimed that with just enough room between the cars for Jennifer to pull out, she is responsible for the damage inflicted to his car. Jennifer countered that Mike was illegally parked in her driveway, and as a result not only is she not responsible for the dent in his car, but she is also suing him for the damage to her car.

Is Jennifer responsible for her actions?

Is Mike liable for parking illegally? How should the Bet Din rule and why?