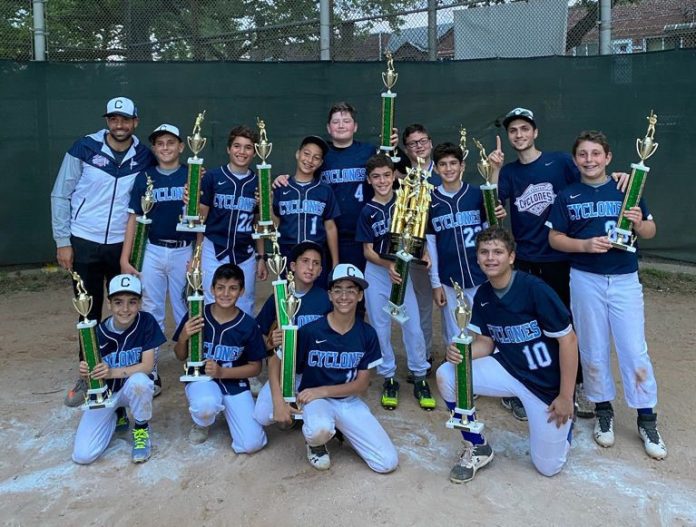 For the Sephardic Community Center travel baseball team, it was a season that began with a lot of unknowns and even more rust to shake off as the players were returning after long layoffs. The pandemic had totally cancelled their 2020 season. Coaches Ezra Sultan and Jake Tawil knew they had their work cut out for them.

This group of 12 community boys hit the ground running in the tough Major League Division, winning their first 11 games and ending the regular season with a 12-1 record. This was clearly on the strength of some dominant pitching by their two stud power pitchers, Abie Antar and Eddie Braha, great game management by All- Star catcher Raymond “Mundo” Betesh, and consistently solid fielding behind them. Middle infielders Charles Sultan and Richie Mishan set the tone gobbling up grounders and making tough plays look easy. Outfielder Eddie Massre was up to the task, providing two incredible game-saving catches in the outfield.

With the pitching stifling opposing bats, and the defense locking down the opposition behind them, the way was paved for the offense to get to work. Youngster Charles Azar, veterans Stephen Zekaria, and Morris Kredi, and the rest of the lineup consistently set the table for the power-hitting bats of Samuel Chira, Alfred Harary, Julius Selzer, and Julian Horovitz to provide the pop. Things were lining up nicely for these Cyclones to bring home the first ever 12U championship to the Center.

The World Series – Hold on to Your Hats!

The World Series, however, proved that this bunch was not only talented, but was also incredibly resilient. After losing the opening game of the best-of-three series by a score of 4-3, the Cyclones now had their backs up against the wall. Needing to win two games in a row, they saw Abe Antar pitch a big time World Series Game 2 No-Hitter while putting together a convincing win by the score of 8-0. 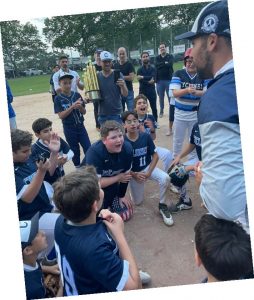 The decisive Game 3 – WIN OR GO HOME! – did not prove to be as easy. After falling behind 1-0 in the second inning, the Cyclones evened the score at 1 apiece in the bottom of the 3rd with a shrewd steal of home. With two outs and a runner on first in the top of the 4th, an opposing batter laced a ball, splitting the gap in right center. Center fielder Eddie Braha chased it down, threw a bullet to Horovitz, who relayed it with a perfect throw to the catcher, Betesh, who applied the tag at home to preserve the tie and provide a huge momentum boost for the Cyclones!

The score remained knotted at 1-1 until the middle of the 6th inning with Antar keeping the opposing batters off balance, coupled with steady infield play by Kredi, Horovitz, and Chira. The team’s efforts set the stage for a dramatic bottom of the 6th! 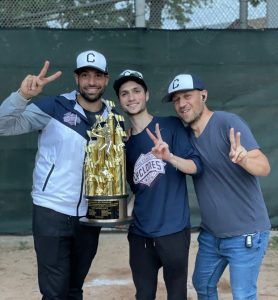 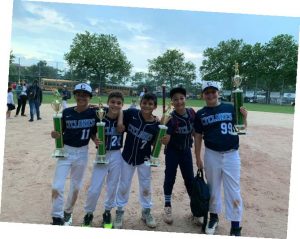 After the lead-off batter was retired, Samuel Chira muscled a sky-high infield single and stole second. Julius Selzer battled in his at bat down 1-2, fouling off four pitches in an eight-pitch at bat. The final pitch saw him smack a grounder up the right side of the infield that would have ended the game, if not for a stellar play by the second baseman, who made the out. With Chira advancing to third on the sacrifice out, up came Alfred Harary. Game 3. Bottom 6. Two outs. Man on 3rd. (This is the type of moment dreams are made of.) Unphased by the drama of the moment, Harary took the first pitch he saw and lined a shot to the opposite field wall just over the right fielder’s glove, providing the Cyclones with a walk-off win and the rights to call themselves Brooklyn Champions!

The team would like to thank the coaches, as well as the staff of the SCC, especially Harry Chazanoff, for making this possible. The SCC Cyclones are looking forward to defending their title next Spring!