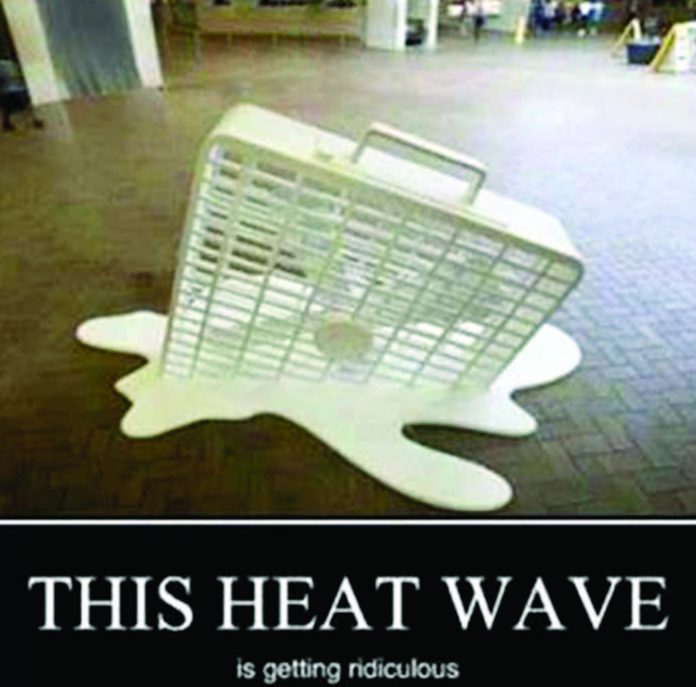 One day, while having coffee in an Upper East Side café, two elderly women were overheard talking.

First woman: “What did you do to your hair? It looks like a wig!”

Second woman: “Actually, it is a wig.”

Teacher: Jacob, your composition on “My Dog” is exactly the same as your brother’s. Did you copy his?

As income tax time approaches, did you ever notice that when you put the two words “THE” and “IRS” together it spells “THEIRS”?

After starting a new diet I altered my drive to the gym to avoid passing my favorite bakery. I accidentally drove by the bakery this morning and as I approached, there in the window were a host of goodies. I felt this was no accident, so I prayed: “If it was Divinely destined that I should have any of those delicious goodies, show me a sign in the form of an empty parking space right on the block of the bakery.”

And sure enough, my prayers were answered… On the eighth time around the block, there it was!

Q: What do you call a first-time offender in Saudi Arabia?

Q: What is the only nut without a shell?

A man walked into an old-looking restaurant and sat down. The waitress came over and asked, “What’ll you have?” “I’d like a plate of stew and a kind word,” the man replied.

The waitress brought his stew a few minutes later and as she put it down, the man asked, “How about the kind word?”

Wisdom of the Times

Living on Earth is expensive, but it does include a free trip around the sun every year.

How long a minute is depends on what side of the bathroom door you’re on.

Birthdays are good for you. The more you have, the longer you live.

Working for Gd on earth does not pay much, but His retirement plan is out of this world.

An American and a Dutchman were talking.

“What does your flag look like?” asked the American.

“It has three stripes,” replied the Dutchman, “red, white, and blue. We say they have a connection with our taxes – we get red when we talk about them, white when we get out tax bills, and we pay them until we’re blue in the face.”

“That’s just how it is in my country,” replied the American, “only we see stars, too!”

A:. It makes doing nothing quite respectable.

During a visit to the mental asylum, a visitor asked the Director for the criteria by which a patient is institutionalized.

“Well,” said the Director, “we fill up a bathtub, then we offer a teaspoon, a teacup and a bucket to the patient and ask him or her to empty the bathtub.”

“Oh, I understand,” said the visitor. “A normal person would use the bucket because it’s bigger than the spoon or the teacup.

“No,” said the Director. “A normal person would pull the plug out. Do you want a room with or without a view?”

I urgently needed a few days off work, but I knew the boss would not allow me to take a leave. I figured that maybe if I acted crazy, he would think I was burned out and tell me to take some time off. So I hung upside down from the ceiling and made funny noises. My co-worker asked me what I was doing and I told her that I was pretending to be a light bulb so that the boss would think I was burned out and give me a few days off. A few minutes later the boss came into the office and asked, “What are you doing?”

I told him I was a light bulb. He said “You are clearly stressed out. Go home and recuperate for a couple of days.” I jumped down and walked out of the office. When my co-worker followed me, the boss asked her, “And where do you think you’re going?”

Recently, a guy in Paris nearly got away with stealing several paintings from the Louvre. However, after planning the crime, and getting in and out past incredible security, he was captured only two blocks away when his minivan ran out of gas. When asked how he could mastermind such a well thought out crime and then make such an obvious error, he replied: “I had no Monet to buy Degas to make the Van Gogh!”

A man walked into a kosher seafood restaurant and asked, “Do you serve crabs here?”

The hostess, an older Jewish lady, looked at the man and said, “Sure, we serve anyone – where would you like to sit?”

In Case of Emergency

Although this married couple enjoyed their new fishing boat together, it was the husband who was always behind the wheel operating the boat. Concerned about what might happen in an emergency, the husband decided to see if his wife could handle the craft on her own. One day out on the lake he said to his wife, “Please take the wheel. Pretend that I am unconscious for some reason and you must get the boat safely to shore and dock it.”

Proving that she was up to the challenge, the wife drove the boat to shore with no help from her husband.

Later that evening, the wife walked into the living room where her husband was reading the newspaper. She sat down next to him, took a section and said to him, “Please go into the kitchen. Pretend I’m unconscious for some reason and you must set the table, cook dinner and wash the dishes.”