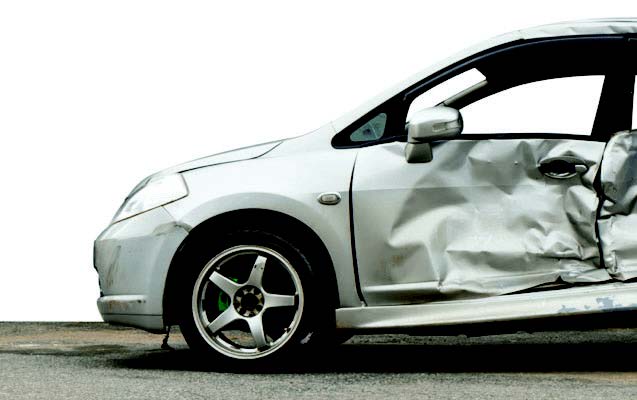 Avi was driving his car through the streets of a city in central Israel with three other passengers in his car. He stopped the car to run an errand and requested of one of the passengers to take the wheel and pick him up in twenty minutes. Sammy took the wheel and casually drove the car with the other two passengers. At the turn of the corner a mob of Arab young men surrounded the car and began throwing rocks at its windows. Sammy, the driver, was aware that the scene was life threatening and he decided to recklessly drive the car onto the sidewalk to escape the imminent danger. By doing so, Sammy tore the bottom of the car, and side-swiped the car into an adjacent wall. Backing up and maneuvering the car away from the surrounding mob added further damage to the vehicle. The group escaped danger without wounding any of the attackers, however, hefty damage was done to Avi’s car. In Bet Din, Avi explained that his insurance policy did not cover acts of terror, and surely not deliberate acts of damage such as what Sammy inflicted to his vehicle. As per collecting compensation from the Israeli government, Avi explained that the process is costly and very lengthy. Avi requested of Sammy and the other passengers to pay for the damage to the car.

Is Sammy responsible for the damage? Are the other passengers required to participate? How should the Bet Din rule and why?

According to the ruling of the Shulhan Aruch, one who inflicts damage to property is responsible to pay the property owner for the loss sustained. The offender is required to pay for damages even if the tort was unintentional or due to extenuating circumstances.

By rule of the Shulhan Aruch, even if one inflicts damage to another’s property in order to save his own life, he is nevertheless responsible to reimburse the property owner for the damage. The underlying reasoning for this ruling is that although one is required by law to save his own life at any expense, it does not exempt him from his obligation to compensate a victim for the loss sustained.

By rabbinical enactment, one who damages another’s property in order to save someone else’s life is exempt from paying for such damages. This enactment was instituted in order to promote and encourage civilians to act when someone’s life is in danger. For if one is required by law to pay for damages while saving someone else’s life, one would be hesitant and ultimately refrain from saving a life.

Leading halachic authorities debate whether one is required to pay for damages he caused to another’s property while saving his life and the life of others at the same time.

On the one hand, logic dictates that such a hero is liable for damages since he saved his life as well. A hero will always act and save his life even if he knows he is liable to pay for damages. The fact that he also saved others is not a factor and he is not included in the above-mentioned rabbinical enactment.

This latter view, exempting a hero although he saved his own life as well, is the opinion of a highly recognized halachic authority. A Bet Din will be unwilling to collect payment from such a hero without his consent or approval.

VERDICT: A Hero Is Revealed

Our Bet Din ruled in favor of Sammy the driver by exempting him of payment for damages he inflicted to Avi’s car. As mentioned in Torah law, by rabbinical enactment a hero who saves the lives of others is exempt from payment of damages caused to private property. If Sammy or any other hero is required to pay, then other civilians will hesitate or refrain from saving lives for fear of the possible expense that might be incurred. This ruling is in accordance with a recognized early halachic authority. Hence, although Sammy saved his own life as well while deliberately damaging Avi’s car, he is nevertheless included in the above-mentioned rabbinical enactment.

Nonetheless, our Bet Din reached out to Sammy and the other two passengers that were in the car to participate in Avi’s loss. The three consented to collectively pay for half of Avi’s repairs to his car.

Benny rented Alex’s home every summer for the past three years. In preparation for this year’s summer’s rental, they verbally agreed on the cost of rent for the 2021 season. Alex then sent an email request to Benny for a $3,000 deposit along with an attachment of a written contract for signing. Benny immediately transferred to Alex’s account three thousand dollars but did not sign and send back the contract. With only two weeks before the summer season, Benny called Alex just to follow up and was informed by Alex that the house was just rented to another party. Alex explained that although Benny gave a deposit, he never signed the contract. Alex continued to explain that he did not willingly renege on his agreement with Benny, but rather he was unaware that the exclusive agent that rented out his home during the winter was authorized by contract to rent it out for the summer as well. In order not to ruin his relationship with the agent that rents out his home every winter, he agreed to rent it via the agent for the summer as well. In Bet Din, Benny claimed that since he put a $3,000 deposit towards the rental he was legally entitled to the home and demanded that the other party be denied access to the property. Furthermore, Benny claimed, that upon inquiry in the market for a last-minute vacancy available for rent, he found prices to be substantially higher. The rent for one property of interest was nearly 25 percent higher than that of Alex’s home. Benny was vehemently unwilling to release Alex from his commitment to rent him the property unless Alex compensates him for the additional cost of rent due to a last-minute rental.

Is Benny entitled to the property for the summer? Is Alex required to compensate him for the additional cost of a last-minute rental.