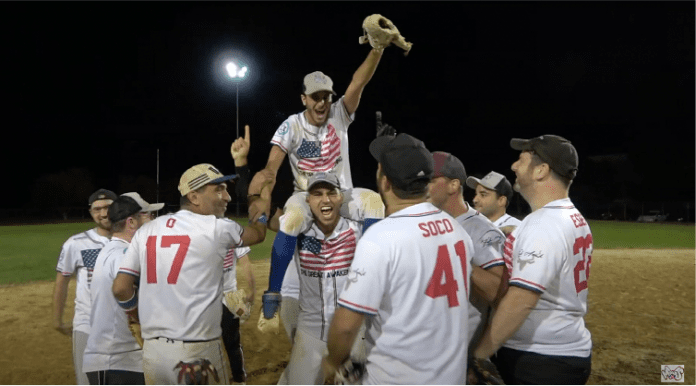 The anxiously anticipated 2021 M&S World Series finally arrived. After a long summer of magical moments, the two teams left standing were We Are Live and the surging wild card team The Great Awakening.

Teams Left Standing Give It Their All 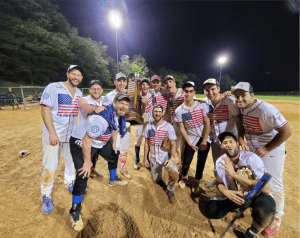 We Are Live was one of the better teams this season featuring the likes of Hall of Famer Allie Marshall, perennial slugger Jimmy Malakh, who is chasing the first championship of his career, along with upstart starting pitcher Michael Ancona, JoJo Mamiye, and many more. For the Great Awakening, the 2020 winning co-captains Teddy Ishak and Sammy Esses returned to the championship looking to win back-to-back titles. This team has a totally different makeup than last year’s squad featuring former MVP JoJo Seruya, Joe Sefaradi, and Saul Cohen. But the story has been rookie pitcher Edmund Beyda, who has carried this team in the postseason both at the plate and on the mound.

The road to the cup was not easy for the Great Awakening as they took down a hot Hole squad and then went on to sweep the first place Hit Men team in an upset. For We Are Live, after looking dead in the water following Game One of the Semis, the heart and soul of the team, Morris Kassin, rallied the troops with an awe-inspiring huddle, and just like that they flipped a switch and defensively put away the dangerous Katz In The Cradle squad. 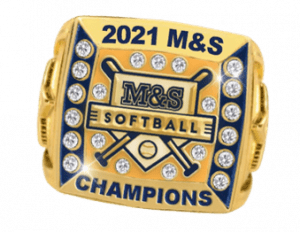 On September 11, the 20th anniversary of the tragedy at the World Trade Center, the World Series was played. It was an emotional night from the get-go as the league paid tribute to the fallen. The teams took part in an 11-second moment of silence after the lineups were announced and the National Anthem was played.

Game One got off to an exciting start as We Are Live got on the board first with a bloop RBI off the bat of captain Michael Sabon Salomon. But the team with the American flags across its chest valiantly came right back, powered by a booming double off the bat of sophomore Ian Lerner to tie it, and later in the 2nd was capped off by a clutch 2-RBI liner from rookie Yitz Safdieh. Joe Sefaradi followed with another RBI and TGA took a commanding 4-1 lead into the third. That big second inning set the tone for the game as TGA went on to win by a final score of 9-1 behind the masterful pitching of breakout star Edmund Beyda.

With the season hanging in the balance, and their backs against the wall, We Are Live once again got out to a good start and plated a run off the bat of the ageless Allie Marshall, but TGA limited the damage as they got out of a bases-loaded jam to hold it at one. In a similar fashion as the opener, TGA answered right back in the bottom of the first and scored three runs with big hits from Saul Cohen, Albert Sitt, and Ian Lerner. In the second inning, WAL managed to scratch across a run to pull within one, but stumbled yet again.

It was a 4-2 game in the third and Joey “Hebrew Hammer” Dweck tied the game with a hot shot to 3rd to tie the game at four. The Great Awakening, a team with no quit, stayed true to form and scored two runs in the bottom of the 3rd and 4th highlighted by David Harari and Albert Sitt RBI base hits.

Are Crowned the Champs

Michael Ancona cut the deficit to 8-5 with a rope to center in the fifth, but We Are Live came up short and The Great Awakening held on to an 8-5 victory and secured the 2021 M&S World Series title. Joe Sefaradi took home the MVP honors.

When the final out was made, The Great Awakening celebrated with the M&S Cup and their shiny new championship rings to close out another successful year of M&S.