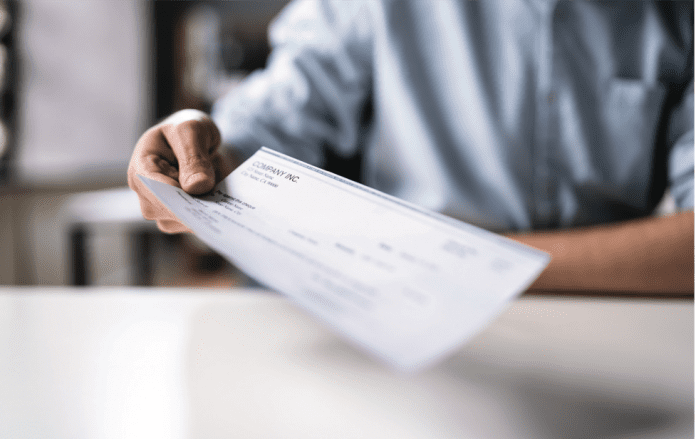 Sometimes the Creator works in mysterious ways, and sometimes His hand guides circumstances so we can clearly see His works.

The latter situation happened with some businessmen in an unexpected way, through a series of events that could only be explained through Divine Intervention.

One Call Sets Things in Motion

It all began when Avi, who works with a major department store, received a call from his friend Shalom. Shalom asked if Avi had any connection to a competitor’s directors, because his friend, Joshua, who founded a successful retail outlet, wanted an “in” to do business with them.

There actually was a connection to a connection, but Avi was not comfortable calling up Bob. Shalom persisted with his requests over and over, until Avi caved in and begrudgingly called Bob.

Now, Bob said he did not know the director of the department store, but by strange coincidence, he knew the newly installed CEO, Isaac – and had worked as an advisor for him for eight years. But Bob was not in a hurry to make an introduction to a third party he did not know. Bob insisted on meeting Joshua and, of course, had to ask the new CEO if he was open to the meeting.

Based on Bob’s recommendation, Isaac agreed to a half-hour meeting.

A Matter of Timing

The challenge, however, was that Isaac was going away in two days, and he only had a single time slot available before he had to head to the airport. Everyone was to meet at Isaac’s office by noon, two days later. All the parties agreed to meet, and Bob told everyone involved that it was very important that they come early in order to be checked into the lobby, so arrival was scheduled for 11:45am, to allow time for everyone to pass through security.

Avi arrived promptly, as agreed at 11:45am, at 200 Park Avenue. But no one else had arrived. Avi went through security, entered the elevator, got to the office, and then phoned Shalom and Joshua, to see why they were not there yet.

There was a problem with security on the ground floor. Apparently, security officers were having difficulty reconciling Shalom’s forms of identification, which had his secular name on it – Steve – and they were being particularly stringent because it appeared to them that he was a different person.

The kerfuffle took up valuable time. Just getting up to Isaac’s floor, and walking through the long hallway, would take up five minutes. So, a snap decision was made for Avi to come up with a story – that he had purposefully arrived before the others in order begin to discuss the potential project with Isaac before their arrival.

A full fifteen minutes went by, and the other men finally trundled in.

A Stranger Enters the Picture

But a strange thing happened. Isaac’s secretary informed Avi that there was another man waiting in the office foyer area to see him. Who could it be? Only these four men knew about this discreet meeting – and no one else was invited, let alone know precisely where the meeting was taking place. The secretary said, “He looks like a rabbi.”

Avi responded, “There aren’t any rabbis invited to this meeting. No one else knows I’m here.” The rest of the men were just as befuddled. The secretary went back to the mysterious man in the foyer, and he confirmed he was there to see Avi. With that, Avi, mentioned to her that he would be out soon, because the meeting was not supposed to be that long in the first place.

Finally, the meeting ended, and as Avi approached the front conference room, he saw this man, who he had never seen before.

The man responded, “I don’t know.”

Amidst the confusion, Shalom came in a minute later, spotted this man, and said: “Rav Dovid, so good to see you! What are you doing here?”

The rabbi said, “When I saw you in Israel six months ago, you said to come to the office, and you’d give a large donation. So, I came.”

Of course, this was not Shalom’s office, and everyone thought: How and why did you get to a total stranger’s office, at this particular time, coincident to everyone being here? And more importantly, how did the rabbi pass through security, when even Shalom was given such a hard time?

“Mistakes” That Were Not Mistakes

As fate had it, the security guard assumed the rabbi was a part of the team that was going up to the meeting, and he was waved through.

Avi asked the rabbi how did he ever think that this office was Shalom’s – that was 20 blocks away?

The rabbi then said, “I came straight from Israel to here. What do you mean this isn’t your office? You are here!”

It was a small – but critical – misunderstanding. Shalom’s office is at 200 Park Avenue South.

The rabbi showed up at the wrong place, while Avi, Shalom, Isaac, and Bob had a very small window of time in which they would all be at that specific office.

All of the men looked at each other, recognizing that this was no mistake. The rabbi, indeed, received a large donation.