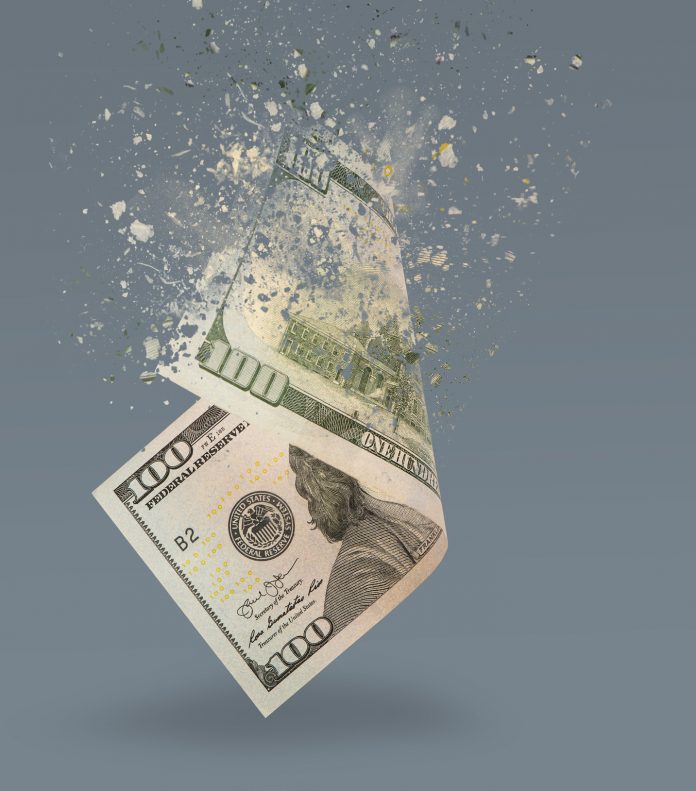 The 2020 pandemic brought us lots of “free” government benefits, regardless of whether you asked for it or needed it. Free boxes of food, free school lunches, unemployment checks, stimulus checks, rent breaks…the list goes on and on.

Already last year, many people were discussing the adverse, long-term consequences of these programs, but I for one didn’t expect to personally feel the effects so soon.

These “effects” have come in the form of a word that everyone seems to be talking about: inflation.

Google dictionary defines inflation as a general increase in prices and fall in the purchasing value of money. After giving out money for a year and a half, the American dollar – which was so strong not too long ago – has significantly decreased in value, and so prices have increased. Virtually everything has gone up.

I’ve already written about the cost of sending your kids to summer camps in the past. But now, with the price of food and equipment and gas and everything skyrocketing, camp prices, which I thought couldn’t get any higher, have gone up! There’s no such thing as a cheaper camp anymore. Another example that my friends have been discussing is the price of wigs. They are going for hundreds more than they used to, to the point where these days it pays to fix up an old wig rather than buy a new one. The same can be said about cars.

Let’s hear what some community members have to say about this charged subject, and what insight and analysis they can offer about the current inflation crisis.

This topic has me truly frustrated. It literally feels like it did around ten years ago, the days when the show Extreme Couponing was life. I’ve always “stockpiled” things and have a beautifully organized storage room full of household items such as tins, soaps, toilet paper and Ziplock bags. I always bought everything in bulk at a special discount or with some deal, and I NEVER ran out of supplies. I’m literally the GO-TO person whenever someone in my family runs out of something. But now, it’s gotten to a point where it isn’t even worth stockpiling, because everything is so inflated. Today’s “specials” aren’t very special.

Everyone who knows me knows that I love my disposables in the kitchen, especially my baking tins; dirty dishes are the enemy. But now’s I’ve gone back to using Pyrex and Corning ware, because I’m so annoyed with how expensive tins have become! And, just yesterday, I paid $7 for a pack of wraps.

I really hope something changes soon. I want my tins back!

My husband owns and operates a fire safety company called Ace Fire, which sells fire extinguishers, sprinklers and suppression systems to construction sites and homeowners. As a business owner, he’s had to raise his prices. These days, it’s near impossible to get goods, and when he can, shipping costs more, gas costs more, and the product costs more. He’s been forced to increase his prices, and unfortunately, he’s been losing business because of it, because his clients either can’t or don’t want to pay the higher prices.

My dad decided to give me his two cents about why things are so expensive. He’s been an importer for 25 years, and so he’s seen the supply chain at its best and also at its worst (now), so I was eager to hear what he had to say:

Back when things were normal, we importers were able to order, produce, and receive goods from overseas in about 2.5 months. Nowadays, it takes about 4-5 months to get the goods into the U.S. from start to finish. Many supply ships were taken out of the ocean during covid, and they haven’t been put back. Shipping companies are taking advantage and charging exorbitant prices for limited space on the ships. My personal opinion is that they’re purposely not putting the ships back in the water so that they can charge whatever rates they please. A big problem facing importers these days is really not knowing how much they’ll have to pay for shipping by the time goods are ready. I’m currently paying four times the amount I used to for shipping goods, and so there’s simply no way I can keep prices low.

The reason why you’re seeing empty shelves in stores is because the buyers are too scared to pay the higher rates. Stores are afraid to put out more expensive goods and potentially get stuck with them, and so in many circumstances they’re just not buying. Products I used to sell for $4 wholesale I now have to offer for $6, and the buyers are simply refusing to buy. The government has done nothing about all this, and unfortunately, we’re all feeling the effects.

Another big part of the problem is that the prices for raw materials in China have risen 20 percent, and this affects not only Chinese production, but the production in all countries in the Far East that rely on China’s materials, such as Cambodia, Vietnam and Indonesia. What this means, essentially, is that it takes more money now to produce these goods, and those rates are trickling down to us, the consumers. Clothing, textile, health and beauty, home decor, furniture, auto parts, and many more industries are feeling the burn.

The auto industry is completely different now. Have you heard about the new car shortage? Thanks to the 2020 shutdown, the world is 4-5 months behind on car manufacturing. Once again, China is part of the problem, being a major contributor of the materials needed to produce cars. The effect we see is that now the prices of both new and used cars have gone way up.

This week, my husband went to his favorite produce store in Brooklyn. He spoke to the owner who was so upset by the amount of complaints he was getting from his customers about the high prices. He told my husband that he shouldn’t be doing this – but nevertheless showed him the wholesale prices he was paying for his produce. My husband was shocked to see that the owner was paying $6 for a carton of blueberries wholesale! Skyrocketing wholesale prices are taking a toll on business owners, who are being forced to pass down the high prices to their customers, losing a good deal of business in the process.

Clearly, the issue is a lot larger than just our government. It seems as though the combination of the pandemic and a weaker America has resulted in a huge mess. Despite it all, I am optimistic about what the future holds, because, after all, Hashem runs the world, and history shows us that things never stay the same.