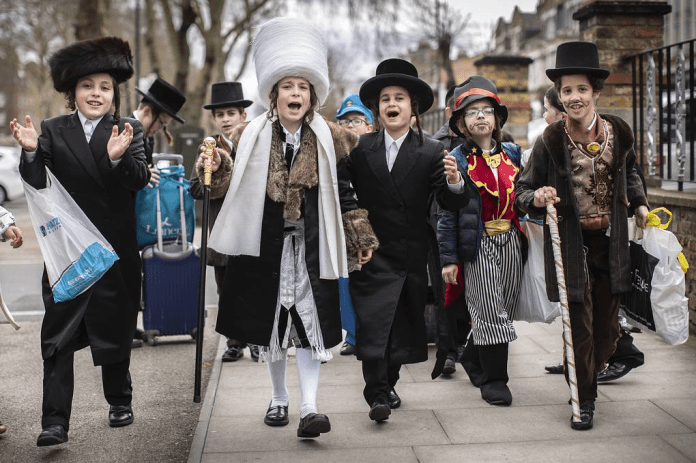 After Mordechai learns of Haman’s genocidal plan to annihilate the Jews, a tense exchange ensues between him and Ester.  Mordechai commands Ester to approach Ahasheverosh and plead on behalf of the Jews, but she refuses – for a very good reason: “All the king’s servants and the people in the king’s provinces know that any man or woman who approaches the king in the inner courtyard without being invited – there is only law: that he is killed.  And I have not been called to come before the king for thirty days now.”

Ester’s logic seems unassailable.  If she would approach Ahashverosh uninvited, she would, in all likelihood, be killed.  Nothing would then be accomplished.  It would be better, therefore, to wait until Ahashverosh invites her, and she will then intervene on the Jew’s behalf.

But Mordechai, in a harshly-worded response, demands that Ester not delay, despite the risks entailed: “Do not imagine to yourself to escape…in the king’s palace… For if you remain silent at this time, rescue and salvation will arise for the Jews from somewhere else, but you and your father’s house will be destroyed.  And who knows if it was for this moment that you reached royalty?”

Ester yields to Mordechai’s authority.  She calls for the Jews to observe a three-day fast, and then approaches the king uninvited.  As we know, the plan miraculously works, and the Jews are saved.

But we must wonder, what was the rush?  Why was it so important for Ester to risk her life to come before the king immediately?

Further compounding the mystery is the chronology of the events.  The Megillah makes it clear that Haman’s edict was issued on the 13th of Nissan – 11 months before the 14th of Adar, when it was to be carried out.  Ester had to assume that Ahashverosh would, sooner or later, call her in.  She was, after all, the queen.  There were 11 months to intervene – why did she have to go right away?

And, let’s not forget that all this was taking place on Pesach.  The Gemara says that the three-day fast decreed by Ester was observed during Pesach.  The Jews cancelled the seder that year.  Why?  Would it not have made far more sense to wait until after Pesach?

The answer to this question begins with placing the confrontation between the Jews and Haman into its broader context.

Haman, of course, was a scion of the evil nation of Amalek, the nation that brazenly and cruelly attacked Beneh Yisrael as they traveled in the desert after leaving Egypt.  Already then, Gd proclaimed that an eternal war must be waged against Amalek, until their nation is utterly eradicated.

The eradication of Amalek was to have occurred during the time of Shaul – the first king of Israel, and an ancestor of Mordechai and Ester.  As we read in the Book of Shmuel I (15), the prophet Shmuel conveyed to Shaul Gd’s command to wage battle against Amalek and annihilate them.  Shaul complied – but not completely.  He allowed his troops to keep Amalek’s animals, and he brought the Amalekite king – Agag – as prisoner.

The prophet Shmuel killed Agag the next day – but in the interim, tradition teaches, Agag managed to impregnate a woman, producing offspring from which Haman descended.

Gd was angry at Shaul for failing to fulfill the command to completely eradicate Amalek, and the kingship was taken from him and transferred to David.

Centuries later, in Persia, Shaul’s descendant – Ester – was given the opportunity to rectify his tragic mistake.  This is what Mordechai meant when he said, “And who knows if it was for this moment that you reached royalty?”  He was telling Ester that perhaps the time had come for her to correct the grave sin of their ancestor, who failed to confront and eliminate Amalek.  If she squandered the opportunity, Mordechai warned, “you and your father’s house will be destroyed” – the family of King Shaul will be lost, as the stain of his mistake would remain forever.

If, indeed, Ester’s challenge involved not merely the present danger facing the Jews, but also the centuries-old struggle against Amalek, then it behooves us to understand the nature of this struggle in order to more fully understand the events.

On Purim morning, we read the Torah’s brief account in the Book of Shemot (17:8-16) of the battle against Amalek.  The Torah relates that in response to Amalek’s vicious assault, Moshe instructed his disciple, Yehoshua, to mobilize an army and lead the war effort, while Moshe went to sit on a hill overlooking the battlefield.  As long as Moshe held his hands up high, drawing the people’s hearts heavenward, they were victorious, but when he lowered his hands, Amalek overpowered them.  Moshe’s arms grew weary, and so his brother and nephew – Aharon and Hur – held them up.  Ultimately, Beneh Yisrael triumphed.

The Zohar makes a startling comment regarding Moshe’s weary arms.  Moshe was a man of exceptional strength and physical stamina; he should not have had any trouble keeping his hands held upward.  His arms grew tired, the Zohar explains, because he delayed his response.  He had told Yehoshua, “Tomorrow, I will stand on the top of the hill…”  Rather than respond to Amalek immediately, Moshe took a day to prepare.  For this he was punished by losing some of his strength, requiring assistance to keep his arms held high.

The Zohar’s remarks seem baffling.  What could possibly be wrong with taking one day (!!) to prepare for battle?  Why would Moshe be punished for a one-day “delay” in his response to an unprovoked surprise attack?

Learning From Our Enemies

The answer can be found in a little-known detail about Amalek’s attack, which appears in Targum Yonatan Ben Uziel (to Shemot 17:8).  Targum Yonatan tells that Amalek resided very far from Refidim, where Beneh Yisrael were encamped at that time, and they traveled 1,600 mil in a single night in order to launch their attack as swiftly as possible.  This is estimated as a distance normally traveled in 40 days.  The Amalekites were determined, zealous, enthusiastic and emphatic in their hatred toward Beneh Yisrael and their desire to eradicate them.  And so they came at lightning speed to unleash their assault.

King David says in Tehillim (119:98), “Me’oyevai tehakemeni mitzvotecha” – literally, “Your commands make me wiser than my foes.”  The Ba’al Shem Tov (1698-1760) explained the words “Me’oyevai tehakemeni” to mean, “From my enemies You make me wise” – that is to say, we are expected to learn from our enemies.  When we see the passion and effort our enemies invest in their pursuit of sin, we are to gain inspiration and commit to invest that same level of passion and energy – at least! – in our service of Gd.

In the Zachor passage which we read on the Shabbat before Purim, Moshe commands us to remember how Amalek attacked us when we were “ayef veyage’a – tired and weary” (Devarim 25:18).  In contrast to Amalek’s extraordinary zeal and passion, Beneh Yisrael were lethargic and unemotional in their religious commitment.  We are to remember Amalek’s attack because we are to learn from Amalek’s enthusiasm and tireless efforts to perpetrate evil, following that model in pursuing spiritual greatness.

This is why the response to Amalek’s assault needed to be immediate.  Moshe should not have delayed, because Amalek had not delayed.  In order to triumph over Amalek, we must wage this struggle with at least as much energy and zeal as Amalek invests in trying to overpower us.

And this was Mordechai’s message to Ester.  Just as Amalek does not wait to attack Am Yisrael, we cannot wait to respond.  Shaul’s mistake was delaying the execution of Agag by one day – and that one day made all the difference.  In order to rectify this mistake, Ester needed to approach Ahashverosh immediately, without delay.  Amalek let nothing get in the way of its passionate hatred for Am Yisrael – and so Ester was not to allow anything to get in the way of her effort to defeat Amalek, not the threat of Ahashverosh’s anger, and not even the celebration of Pesach.

The modern-day Amalek, too, launches its spiritual assault tirelessly, without stopping or resting for a moment.  Lures and temptations which were always relatively easy to avoid are now ever present in our lives.  Today’s “Amalek” has found a way to challenge us at virtually every moment, bringing opposing ideologies, culture and behaviors into the palm of our hand wherever we go.  When our ancestors were in Refidim, Amalek traveled 1,600 mil in one night to attack.  Today, Amalek has made its way right into our pockets to attack us.  It is working overtime in its relentless effort to defeat us.

Like Queen Ester, we need to respond in kind.  There is no single solution to the spiritual problems posed by modern technology, but one thing is abundantly clear: we must resist with passion and zeal.  We must counter the forces of Amalek by generating excitement and enthusiasm for Torah and mitzvot, and by approaching them energetically.  We cannot allow our religious observance to be lethargic or lifeless.  Now more than ever, we need to ignite passion and vitality in our service of Gd.

Perhaps this is the underlying purpose behind the unique aura of excitement and fervor that characterizes the Purim celebration.  We counter “Amalek” with energy and enthusiasm, excitedly performing mitzvot and celebrating our special connection to Gd.

May the joy and excitement of Purim extend far beyond this occasion, and remain with us throughout the year, empowering us to triumph over today’s difficult spiritual challenges and to keep our hands raised high, determined and untiring in our quest to serve Hashem.