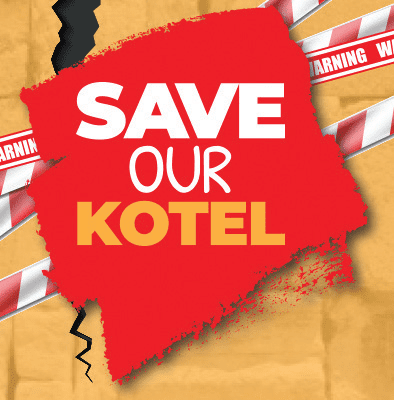 Reform leaders are putting heavy pressure on the Bennett government to expedite the building of a massive new raised section of the Kotel plaza for Reform worship at a cost of millions of dollars. They are demanding control of “their half” of the area known as the plaza, removing this control from the Rav Hakotel and the Israeli rabbanut (rabbinate) and giving it to the Reform movement.

If the Reform movement gets this control, our unity will be in jeopardy, as there will be only one entrance to the Kotel plaza, and divisive signs will direct visitors to go left for “ultra-Orthodox prayers” or right to Reform prayer services.

The Reform movement could possibly implement the use of microphones, have female choirs, rock bands, and video screens, that are routinely used in Reform synagogues on Shabbat. These would be heard throughout the Kotel plaza, which would lead to disruptions in tefilla. The Reform services also include men and women holding hands and dancing together. Sometimes the sermons during prayer services condemn orthodox Jews, and action by Israeli soldiers and the State of Israel.

The goal of the Reform movement is also to take over control of conversions, marriages, and kashrut, and to destroy the role of the Chief Rabbinate.

What Can Be Done?

Mati Dan, chairman of Yeshivat Ateret Cohanim in the Old City of Jerusalem, works hand in hand with Libah Yehudit Organization, headed by Oren Hoenig. Litigation is coordinated to prevent the Reform movement from taking over control of the Kotel.

To show our unity in tefilla, busloads of seminary girls and yeshiva boys come to the Kotel on Rosh Chodesh every month. We show our strength in numbers in order to prevent desecration of the Kotel by members of the Reform movement.

Due to the coalition agreements signed by Bennet with the Reform Knesset members to expedite the Reform Kotel agenda, the situation is urgent.

Jews the world over must band together to support warriors like Libah Yehudit Organization and Mati Dan who are leading the charge.

Show your support before it is too late. For more info and to donate to this cause please go to: www.saveourkotel.org

Young storyteller, Meir Ben-Dayan, already renowned for his albums “Saved from the Statue” and “Out of Seder” has recently released his third album entitled, “Shuey and the Self-Swapping Shoes.”

Following in the footsteps of the legendary Rabbi Shmuel Kunda, Meir’s moral lessons are delivered through spellbinding stories, wrapped in clever humor and puns, coupled with lively music and sound effects that effectively leave listeners on the edge of their seats until the final track.

In honor of Purim, Magen David Yeshivah students in Pre-K made delicious gluten-free hamantaschen. They read the book Eating Gluten-Free with Emily by Bonnie J. Kruszka and their teacher explained to the students that there are children just like them that cannot eat certain foods. The children now understand that there are different ways to make the same delicious foods they love, but in an inclusive way! MDY invited Mrs.Yedid and her daughter to help make gluten-free hamantaschen. The children mixed all the gluten-free ingredients, filled them with their favorite fillings, and they placed them into the oven. They tasted just as delicious as regular hamantaschen! Ensuring

the inclusion of children with food allergies helps create a safe environment, and that can’t be done without a group effort.