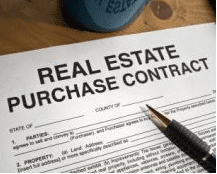 Jonathan, an attorney at law, represented heirs of a family estate claiming criminal charges against a non-profit organization. The details of the claim included a misappropriation of funds that were assigned by the deceased to the organization. In Bet Din, Jonathan explained that the funds were transferred to the organization with explicit instructions to create an endowment fund. Such a fund typically invests the total amount of the grant received, with only a portion of the yearly income earned spent by the organization. The balance of the yearly income is added to the principal for growth. This method of gifting ensures that the money granted is perpetual. Instead of creating an endowment fund, the organization used all the funds to purchase a property to serve as their central location. Jonathan implied that suspicious activity transpired at the time of the property’s closing, including the possible embezzlement of funds by board members. He further claimed that the money granted was to assist the organization in maintaining stability of salary payment to their staff and not to purchase real estate. Quite the contrary, the purchase of real estate and the carrying of a mortgage is likely to increase the amount of monthly debt and further increase the risk of the timely paying of salaries to the staff. Jonathan called for the immediate firing of the board of directors. Additionally, he petitioned that the board of directors are responsible to financially reimburse the organization in order to fund the aforesaid endowment. The board of directors, in their entirety, responded, that although they deviated from instruction, they nevertheless only used the funds in the better interest of the organization. Hence, they believe that the Beit Din should be acquitted on all counts. In addition to signing on the standard binding of arbitration the parties expressed their willingness to comply with the ruling of our Bet Din on the matter.

According to the ruling of the Shulhan Aruch a person or committee that embezzles money entrusted to them instead of distributing the funds to charity, are not only required to return the money, but they are also publicly dismissed from their position.

This ruling applies if there is concrete evidence attesting to such behavior. Concrete evidence can include witnesses giving testimony, or even admission by one of the committee members to his wrongdoing. In the event a substantial financial

discrepancy is discovered in the accounting of an organization, a Bet Din will intervene and investigate the cause, and submit a decision based on the findings of their investigation.

If, however, a committee is acquitted of embezzlement, but rather is liable for distributing funds contrary to specific instructions, they are not required by law to forfeit their respected positions. Since the money was nevertheless distributed to another worthwhile cause, such behavior is not punishable by public dismissal and disgracing.

Leading halachic authorities debate whether a committee or individual are liable when they deviate from the specific instructions of a charity distribution. Some authorities explain that since the donor intended and directed his funds to a specific cause, it is viewed as a form of theft if the intended recipients do not receive those funds. In short, a committee does not have the right to damage the recipient’s position by reallocating the funds to another cause.

Other halachic authorities propose that a committee that redirects funds to another important function is not liable for such activity. The underlying reasoning behind this position is that once the charity is given, the donor is no longer in control of his money. The money, once transferred, is viewed as the property of the recipients. Subsequently, if the instructions of the donor did not include specific recipients, i.e., a list of names to receive the funds, then no one party can claim damages when the funds are redirected. This reasoning is further applicable when the intended recipients were not due their wages and have no present outstanding debt owed to them. Since at the time the organization received the funds from the donor the staff had no claim for collection, they are not entitled to claim damages so long as their wages are current. Additionally, in the instance of an endowment fund the recipients intended included future unknown staff members, making the claimant a completely unknown party.

Unfortunately, too often attorneys representing their clients are primarily interested in their personal earnings and deliberately complicate a dispute when it can be peacefully resolved. In such instances, a Bet Din will do its best to dismiss the lawyer and resolve the matter peacefully directly with the litigants.

Upon verification, it was apparent from the accounting records that the committee members did not embezzle funds of the organization. Quite the contrary, they serviced the organization as volunteers and were committed to its success and future. Hence,

according to all halachic opinions the claim to dismiss them from their respected positions was rejected. After inquiry, it was obvious that Jonathan, the lawyer, fabricated the claim of embezzlement in order to lure his clients into pressing charges in Bet Din instead of resolving the matter peacefully. He did so in order to earn and inflate his lawyer fees. Our Bet Din requested of the litigants to dismiss their attorneys and deal directly with our Bet Din. The parties complied and the following resolution was peacefully implemented.

As mentioned in the Torah law section of this essay, there is a halachic dispute regarding the liability of the committee members for their actions. Some halachic authorities view the conduct of the committee in a very severe light, while other commentators relax the liability since the committee acted purely in the best interests of the organization they represented. In light of these opposing views, our Bet Din proposed a settlement that satisfied both the claimant’s complaint and the organization’s needs. The committee members agreed to make every effort to collect the funds to create an endowment fund. For the period of the next three years, multiple modern available methods used to fundraise will serve as the source of income to reimburse the endowment fund. Matching campaigns, auctions, and the like were only some of the suggestions mentioned.

Interestingly, the parties requested of our Bet Din to immediately publish this article in order to promote peace within their community.

Jack verbally agreed to sell his home to Sam for the sum of two million four hundred thousand dollars. In preparation for the purchase, Sam put his current home on the market and found a buyer ready to close at one million eight hundred thousand dollars. Both sales were steadily progressing when Bobby, a real estate agent, approached Jack and informed him that another buyer was interested in his property. Jack rejected the offer, explaining that he was already committed to Sam. Bobby and his client aggressively persisted, and repeatedly submitted higher offers for Jack’s home. Ultimately, Jack buckled under pressure and accepted an offer for an additional two hundred thousand dollars for his property. Sam was frustrated by the news, especially since he needed to renege on the sale of his own home. He did his best to convince Jack not to back out, but Bobby, Jack’s new agent, was simultaneously helping Jack to justify his two hundred-thousand-dollar decision. Sam was unwilling to pay more than his original offer, let alone create a price war. Sam turned to our Bet Din for assistance.

How should our Bet Din proceed and why?