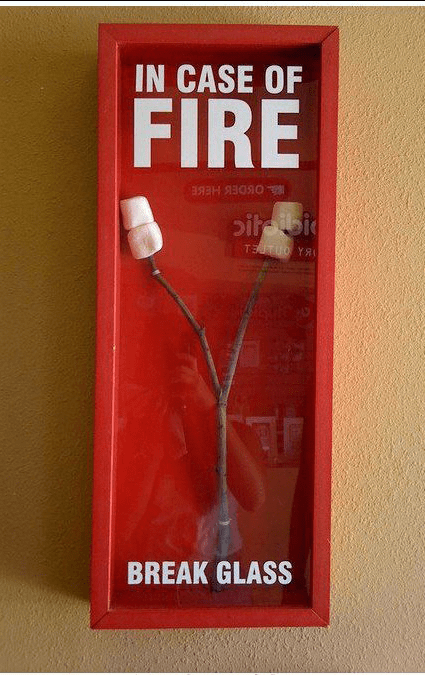 A mechanic was removing a cylinder-head from the motor of a Harley motorcycle when he spotted his cardiologist, Dr. Simon Goldstein, in his shop. Dr. Goldstein was there waiting for the service manager to come take a look at his bike when the mechanic shouted across the garage “Hey Doc, want to take a look at this?”

Goldstein, a bit surprised, walked over to where the mechanic was working on the motorcycle. The mechanic straightened up, wiped his hands on a rag and asked, “So Doc, look at this engine. I open its heart, take the valves out, repair any damage, and then put them back in, and when I finish, it works just like new.

“So how come I make such a small salary – and you get the really big bucks? You and I are doing basically the same work!”

Dr. Goldstein paused, smiled, and leaned over, then whispered to the mechanic, “’Try doing it with the engine running.”

Q: Why didn’t most Egyptians know about the Ninth Plague?

A: They were kept in the dark!

David and Shlomo are older students at the yeshiva and they decided that they were fed up with living in the dorms and with the lousy yeshiva food. So, they decided to rent an apartment and cook food for themselves.

“Did you get us a cookbook?” David asked.

“Why, are the recipes too hard?” asked David.

Eighty-year-old Fishman went with a tour group to Israel. On his second day, he got separated and the bus left without him. So, he set out to find it.

After schlepping a mile in the boiling heat, he started murmuring, “Vater … vater …” The sun baked his skin; the sand caused him to stumble. Just as he was sure he was a goner, a small house appeared on the horizon. Fishman crawled over and scratched at the door. A woman opened it, and Fishman, on his knees, whispered, “… vater … vater!”

“Of course!” said the woman, who ran, returning with a glass. “Here!”

Brightening, Fishman stared, “Did you let it run a little?”

John Robinson took up a new position as a pediatrician in Brooklyn. Originally from Wyoming, Dr. Robinson didn’t have much experience with the Jewish community. But what he did have was experience with kids, and he always liked to break the ice with his young patients by testing their knowledge of body parts.

On his first day, while pointing to little Shmueli Zimmerman’s ear, Dr. Robinson asked him, “Is this your nose?”

Because of an ear infection, little Maxie had to go see his pediatrician, Dr. Feldman. Dr. Feldman directed his comments and questions to little Maxie in a professional manner. When he asked little Maxie, “Is there anything you are allergic to?” little Maxie nodded and whispered in his ear. Smiling, Dr. Feldman wrote out a prescription and handed it to Maxie’s mother. She tucked it into her purse without looking at it.

As the pharmacist filled the order, he remarked on the unusual food-drug interaction Maxie must have. Little Maxie’s mother looked puzzled until he showed her the label on the bottle. As per the doctor’s instructions, it read, “Do not take with broccoli.”

No Matzah for You!

It was Passover and two Jewish attorneys, Saul and Daniel, who worked downtown met at a food court to have lunch. Saul and Daniel proceeded to produce matzah sandwiches from their briefcases and began to eat.

One of the waiters in the food court marched over and told them, “You can’t eat your own food in here!”

Saul and Daniel looked at each other, shrugged their shoulders, and then exchanged matzah sandwiches.

Little Henry had a really bad cavity and that meant only one thing: a visit to the dentist. Henry was brought into the examining room by the dental hygienist and was made comfortable in the reclining dental chair. Dr. Rosen injected a numbing agent around Henry’s tooth, and left the room for a few minutes while the medication took hold.

When Dr. Rosen returned, Henry was standing next to a tray of dental equipment, “What are you doing by the surgical instruments, Henry?” asked Dr. Rosen, somewhat surprised.

Focused on his task, Henry replied, “I’m taking out the ones I don’t like.”

Chaim Yankel was a new father! His wife Ruchie decided to leave the new baby with him for the day while she went out to do some shopping. When Ruchie returned, she went to check on the baby. The smell was overpowering. She found the disposable diaper full and leaking. She was furious!

She confronted her husband, “Chaim Yankel! What’s the matter with you? Didn’t you bother to check the baby’s diaper all day?”

Chaim Yankel responded, “Why you are so angry?! The box says it’s good for up to eight pounds!”

College Is for the Dogs

A dog named Morris is so smart that his master, Mr. Caleb, decides to send him to college.

Home for vacation, Mr. Caleb asks him how college is going.

“Well,” says Morris, “I’m not doing too great in science and math, but I have made a lot of progress in foreign languages.”

“Really!” says Mr. Caleb. “Say something in a foreign language.”

Little Lilly was so proud of herself for making a birthday cake for her mother. Chocolate cake being her weakness, her mother gulped down almost the entire thing. When she was finished, Little Lilly happily exclaimed, “I’m so glad you like the cake I made you, Mommy. I’m sorry, there should have been 32 candles on the cake, but they were all gone when I took it out of the oven.”

A Miami officer pulled over 86-year-old Mrs. Posner because her signals were confusing.

“First you put your hand up, like you’re turning left, then you wave your hand up and down, then you turn right?” said the officer.

“Sonny, I decided not to turn left,” she explained.

“Then why the up and down?” the officer asked.

“Mister Officer,” she sniffed, “I was erasing!”