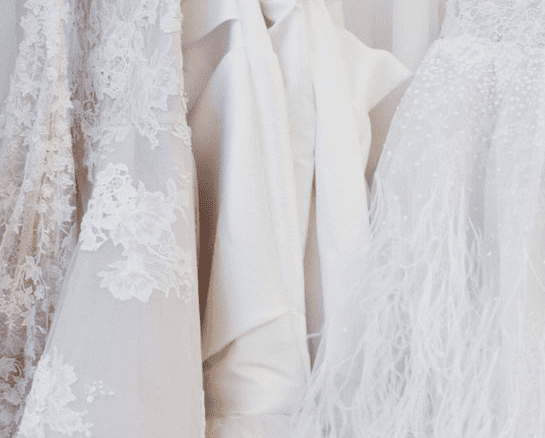 Rachel rented an elaborate gown for her granddaughter’s upcoming wedding.  The terms of the rental included a one-time wearing of the gown for the price of fifteen hundred dollars.  After wearing the gown on the night of the festive wedding occasion, the next morning Rachel experienced pain on one side of her body and shortness of breath. She wisely phoned an ambulance and was rushed to the hospital before losing consciousness. In the hospital she recovered quickly and was discharged only a week after being admitted. When she returned home, she remembered that it was her responsibility to return the gown to the store it was rented from within three days of usage. When she finally called the store and explained her predicament, the store owner patiently explained that since the gown was not returned as scheduled, he lost a paying customer that was scheduled to rent the gown. Rachel explained that she lived alone, and her family was unaware of the urgency of the prompt return of the gown. The store owner sympathized with her condition but reasoned that she rented the gown knowing the consequences of a late return. In Bet Din, he further claimed that he understands that Rachel fell ill, however, renting a gown is like renting a car, if for any reason you do not return it, you are required to pay.

Is Rachel required to reimburse the store owner with an additional fifteen hundred dollars in damages for the lost customer? How should the Bet Din rule and why?

According to the ruling of the Shulhan Aruch, in the event a rented item is not returned as stipulated by contract, a renter can be held liable for the rent and/or damages sustained by the owner as a result of the late return.

Notwithstanding, by rule of the Shulhan Aruch, a renter who is unable to return an item due to circumstances beyond their control is not necessarily required to pay the owner in the event of a late return.

The underlying reasoning for this distinction is that the legal definition of a daily rental is payment for the time the item is available to the renter. Whether or not the renter maximizes the usage of the item rented or is incapable of using the item, nevertheless, he is required to pay per day. His verbal or written contract requires him to pay for the time the item is entrusted to him, regardless of the amount of usage or benefit he receives.

However, if the rental agreement is for a designated usage, the agreement is terminated immediately after that specific usage. When the renter subsequently chooses not to return the item, he is liable for damages the owner sustains. If, however, the renter is incapable of returning the item due to circumstances beyond his control, he is absolved from paying the damages sustained by the owner. Unless stipulated otherwise, the owner is not entitled to collect indirect damage caused by extenuating circumstance.

The above ruling, absolving a renter incapable of returning an object, is limited to instances in which the renter was unable to notify or appoint another party to return the item on his behalf. If, however, the renter could have spared the loss to the owner, he is viewed as negligent and is required to compensate the owner for the damage he caused.

Additionally, the renter is only absolved if the item was not used to his benefit during the interim of its late return. If the renter benefited, he is required to compensate the owner for the damages he caused. If one benefits from damage he caused, he is liable for payment.

As mentioned above, the exemption of a late return due to circumstances beyond one’s control is not applicable to instances in which the item was rented per day.

Our Bet Din absolved Rachel of paying the store owner for the late return of the gown. As mentioned in Torah law, a renter is not liable if due to circumstances beyond his control he is incapable of returning the item on time. Rachel was hospitalized and remained unconscious and incoherent for three days before she was able to notify anyone of the delay. At that point the damage to the store owner was already done.  Although the store owner indeed sustained a loss, Rachel is not responsible for secondary damages she caused due to extenuating circumstance beyond her control.

It is important to note that this exemption is not applicable to one who pays rent per day. One who pays rent per day is required to pay rent for every day late, regardless of the circumstance. Rachel, however, rented the gown for a one-time usage and not per day. She is therefore exempt from compensating the store owner for his damages. The store owner’s comparison of Rachel’s renting the gown to a daily car rental was therefore rejected by our Bet Din. The store owner’s claim that Rachel was aware of the consequences of a late return was also rejected, as the contract did not specify her liability even in a circumstance beyond her control.

Not All Fun and Games

Annie operates a playgroup for toddlers from her home, located on the main floor of a three-story apartment house. She opened the playgroup nearly a year ago and did not receive any complaints from the neighbors in her building. Sally, the neighbor on the third floor, without warning, opened a file in our Bet Din demanding that Annie is to close her playgroup immediately. The basis for Sally’s complaint included congestion in the entrance way of the building, the noise coming from the playgroup throughout the day, and the depreciation of the value of her apartment by allowing a business to operate from the main floor of the building. In her defense, Annie responded that Sally’s complaints were not substantial issues. As per the congestion in the entrance way, Annie defended that not all the children arrive at the same time. Rather, most often the children arrive one by one in the span of an hour. They are picked up midday during hours that most of the residents of the building are either at work or are out shopping. Annie continued that the noise factor was a frivolous complaint, especially from a neighbor living on the third floor. She further defended that she is not the first person to open a playgroup from their home, and never heard of the value of a property depreciating as a result of a playgroup. Annie suggested that Sally was jealous of her successful business and that is the reason Sally is only complaining after nearly a year. Sally countered that the reason she did not complain earlier is because she originally thought she could handle the disturbances, but she now realizes that it is beyond her ability to do so.

How should the Bet Din rule, in favor of Sally or Annie, and why?