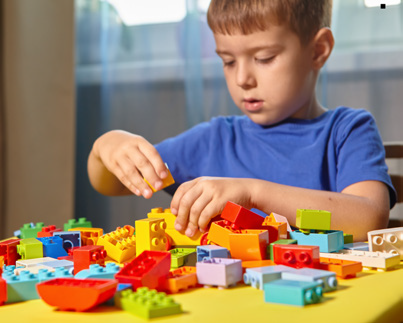 Annie operates a playgroup for toddlers from her home, located on the main floor of a three-story apartment house. She opened the playgroup nearly a year ago and did not receive any complaints from the neighbors in her building. Sally, the neighbor on the third floor, without warning, opened a file in our Bet Din demanding that Annie is to close her playgroup immediately. The basis for Sally’s complaint included congestion in the entrance way of the building, the noise coming from the playgroup throughout the day, and the depreciation of the value of her apartment by allowing a business to operate from the main floor of the building. In her defense, Annie responded that Sally’s complaints were not substantial issues. As per the congestion in the entrance way, Annie defended that not all the children arrive at the same time. Rather, most often the children arrive one by one in the span of an hour. They are picked up midday during hours that most of the residents of the building are either at work or are out shopping. Annie continued that the noise factor was a frivolous complaint, especially from a neighbor living on the third floor. She further defended that she is not the first person to open a playgroup from their home, and never heard of the value of a property depreciating as a result of a playgroup. Annie suggested that Sally was jealous of her successful business and that is the reason Sally is only complaining after nearly a year. Sally countered that the reason she did not complain earlier is because she originally thought she could handle the disturbances, but she now realizes that it is beyond her ability to do so.

How should the Bet Din rule, in favor of Sally or Annie, and why?

According to the ruling of the Shulhan Aruch, one has the right to prevent and control the amount of noise or traffic caused by a neighbor. Leading halachic authorities limit this right to instances in which the neighbor’s conduct is clearly abusive. In determining what constitutes abusive conduct, a Bet Din will examine what is viewed as customary practice in the area of residence.

Leading halachic authorities suggest that noise or traffic during day hours is not necessarily viewed as excessive, unless it spans over a good portion of the day. Naturally, such rules and regulations are subject to the assessment of a staff of rabbinical judges.

The education of our children, the future of our nation, is viewed by our Torah with the upmost of importance. A community is required to contribute and even sacrifice for the welfare of its children by providing for them a proper education. Within reason, the rights of a neighbor can be waived for the sake of the education of our children. Hence, a reasonable amount of noise and congestion is not necessarily a valid complaint to close a playgroup educating our children in their early years.

Furthermore, according to some halachic opinions, certain leniencies are extended to a business that is typically operated in a residential neighborhood and not in a commercial center. A service that benefits the general public can operate although it likely poses a slight inconvenience to some of its neighbors. Playgroups, schools, and the like need to operate within a neighborhood for the safety and convenience of the children.

The burden of proof is on a claimant when he accuses another party of causing depreciation and damage to property. In the absence of proof, a Bet Din will reject a baseless claim.

A Bet Din will formally instruct a business to conduct their business dealings in compliance with the law of the land. Service businesses sometimes require a license and insurance in order to operate legally.

VERDICT: For the Sake of Our Children

Our Bet Din ruled in favor of Annie by permitting her to maintain the size and status of her playgroup. As explained in Torah law, although the playgroup generated some noise and congestion, it was nevertheless not excessive. Additionally, the span of time that the noise and slight congestion could have possibly affected the surroundings was for no more than an hour a day. Our Bet Din conveyed to Sally the importance of the education of our children and requested of her to waive her complaint for their sake. We further expressed to Sally that it is most typical of playgroups and the like to operate in residential areas. Hence, halachically, Annie is entitled to provide such a service in a non-commercial area. Annie’s playgroup was open for approximately a year without interruption or complaint. Seemingly, from a halachic standpoint, Sally acquiesced to the existence of Annie’s playgroup in her building. Sally’s claim that the playgroup depreciated the value of her apartment was rejected. The claim was unproven and was seemingly baseless.

Lastly, our Bet Din instructed Annie to be sure to operate her business in compliance with civil law. She presented to us her satisfactory legal paperwork.

Bobby was interested in purchasing a fine piece of jewelry for his wife for their upcoming anniversary. On his recent trip overseas, while window shopping, he found the perfect piece. However, he did not make the purchase at that time. With his anniversary nearing, he reached out to Joey, an acquaintance in the country abroad, and instructed him to make the purchase for him. Bobby transferred the money to Joey and the very next morning Joey purchased the fine piece of jewelry. Much to Joey’s surprise, immediately upon the purchase the store owner presented him with a valuable $500 gift certificate. The store was running a promotion awarding a valuable gift certificate to the first customer to enter and make a purchase on that day. Joey later notified Bobby of the gift he received, and Bobby demanded that the gift be forwarded to him. After all, it was ultimately his purchase that made the gift possible. Joey resisted, explaining that the store owner specifically presented him with the gift certificate.

Who is entitled to the $500 gift certificate, Joey or Bobby?