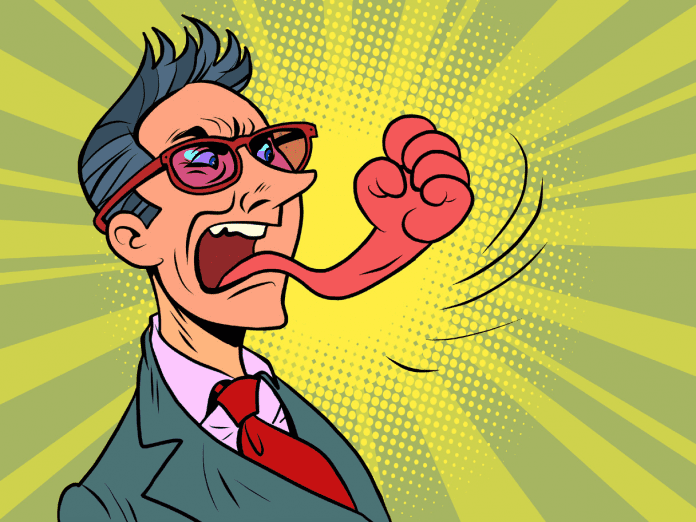 Do we ever go an entire day without getting angry?

The verse in Tehillim (7:12) states, “VeKel zo’em bechol yom – And Gd is enraged every day.”  The Gemara in Masechet Berachot (7a) interprets this to mean that there is a fraction of a second every day when Gd is angry.  Every single day, there is a very brief moment of divine wrath.

The Gemara explains on this basis the mysterious story of Bilam, which we read this month.

Bilam was an evil, gentile prophet who was hired by Balak, the king of Moav, to place a curse on Beneh Yisrael.  Bilam had earned a reputation for the effectiveness of his spells, and so Balak, a fierce enemy of Beneh Yisrael, decided to solicit his “services” and have him

place a curse on Gd’s beloved nation, so they would be annihilated.  The plot backfired, quite drastically, as Gd forced Bilam to bless Beneh Yisrael, instead of cursing them.  The Gemara explains that Bilam had  the unique ability to determine the moment of every day when Gd becomes angry, and he could then seize that opportunity to place a curse.  This is how he was so successful in his “craft” – by pronouncing his curse at the instant when Gd grows angry.  However, throughout the time when Bilam tried to curse Beneh Yisrael, Gd mercifully refrained from anger.  In order to protect His beloved nation from Bilam’s nefarious scheme, Gd suspended His daily moment of rage during this period.  And thus Bilam was, in effect, disarmed, such that he was forced to bless Beneh Yisrael.

The Gemara’s comments give rise to many questions, which have been addressed by our sages throughout the centuries.  For our purposes here, let us focus on perhaps the most basic question: why does Gd get angry every day?  Is it because there are always people acting wrongly?  Is it ever possible for a day to go by without Gd becoming angry?

The scholars of Kabbalah (Jewish mysticism) offer an insight into this Talmudic teaching, explaining the nature and purpose of Gd’s daily moment of anger.  We need anger, the Kabbalists teach us, in order for us to be angry at our yetzer hara – our evil inclination.  The Gemara (Berachot 5a) instructs, “A person should always make his good inclination furious at his evil inclination.”  We are born with negative, sinful impulses, and the only we can resist them is by holding them in contempt, by “fuming” at our instinct to act wrongly.  This is why Gd becomes angry each day.  He does not need to be angry at people – but He needs to inject a degree of anger into the world for us to use in our lifelong struggle against our negative tendencies.

This is why the verse in Tehillim states, “VeKel zo’em bechol yom” – referring to Gd with the Name “Kel” (spelled alef–lamed).  This Name signifies the highest level of Gd’s kindness, as evidenced by the verse elsewhere in Tehillim (52:3), “Vehesed Kel kol hayom – Gd’s kindness is throughout the day.”  Gd’s daily moment of anger is a great act of kindness.  It occurs not out of a desire for vengeance, Heaven forbid, but out of love and compassion, to enable us to confront and overpower our sinful inclinations.

Bilam, however, misused this great gift of anger.  He took the anger which Gd brought into the world for our benefit, and directed it towards the people he despised, thereby destroying them.  Gd shielded Beneh Yisrael from Bilam by suspending even His brief daily moment of anger, so that Bilam could not harm them.

The Kabbalists explain on this basis the story that followed Bilam’s unsuccessful attempt to curse Beneh Yisrael – the sin of Ba’al Pe’or, and Pinhas’ act of zealotry which ended that tragic episode.

Seeing that he was unable to curse Beneh Yisrael, Bilam advised Balak to send women to lure Beneh Yisrael to immorality and idol worship.  Bilam knew that Gd would need to punish the nation for these two grievous sins – illicit relationships, and pagan worship – and they would then be annihilated.

This scheme, unfortunately, succeeded, as Beneh Yisrael were seduced by the Moavite women and worshipped their deity, Ba’al Pe’or.  Gd unleashed a plague that killed 24,000 people.  But the plague ended when Pinhas, a grandson of Aharon, arose and publicly slew two public violators.  Afterward, Gd informed Moshe that Pinhas would be rewarded for his heroic act, which effectively saved Beneh Yisrael from annihilation, as Gd would have destroyed the entire nation if Pinhas had not acted.

How could Beneh Yisrael have fallen prey to this scheme?  Were they not sufficiently firm in their commitment to withstand the lures of the women of Moav?

The answer, the Kabbalists explain, is that, as we have seen, Gd had withheld His anger from the world during this period.  Bilam knew the reason why He was unable to curse Beneh Yisrael – because Gd made a point of withholding His anger.  And without Gd’s anger in the world, people’s ability to overcome the yetzer hara is compromised.  Bilam understood that the absence of Gd’s anger left Beneh Yisrael vulnerable to temptation – and so he advised Balak to lure them to sin, a strategy which would have succeeded, if not for Pinhas’ act of zealotry.

When Gd announced His reward to Pinhas, he described how Pinhas “heshiv et hamati” – which is commonly translated as, “pulled away My anger.”  However, the word “hesheiv” usually means “return” or “restore.”  The deeper meaning of this verse, then, is that Pinhas “restored” anger to the world.  Gd had withdrawn His anger so that Bilam would be unable to curse Beneh Yisrael – and this resulted in their vulnerability to sinful lures.  Pinhas’ angry zealotry reintroduced anger into the world, so that Beneh Yisrael would once again have the ability to overpower the yetzer hara.

There is much more to discuss regarding this perspective on the story of Bilam, and several questions that still need to be resolved.  (For example, we must ask how it was possible that Bilam could, seemingly, “outmaneuver” Gd through this tactic, leading to the death of 24,000 people among Beneh Yisrael.  One great Spanish commentator, Rav Avraham Saba, explained that these 24,000 violators were actually the erev rav – foreigners who joined Beneh Yisrael when they left Egypt, who were sinful and not committed to Gd, such that they needed to be eliminated.)  In this context, however, I would like to focus on one specific message that we can learn from this Kabbalistic understanding of the text, and that is, the proper approach to anger.

The Kabbalists here are teaching us, in effect, that anger is to be directed towards ourselves, not towards other people.  We are to become angry not at what others do, but at the darker elements of our own characters, our flaws and sinful inclinations.

Unfortunately, we often misuse anger, directing it the wrong way.  Rather than harnessing this power for the lofty purpose of opposing our sinful temptations, we use anger to oppose other people.  Anger can and must be used constructively, not destructively.  Gd brings anger into the world not so we can shout at and resent people who wrong us, but rather so we can work on ourselves and grow, by being angry at our faults and vices.

Pinhas’ act of zealotry represents the exception, not the rule.  He arose to restore the anger which is needed in the world.  And, indeed, there are exceptional circumstances when anger towards other people is necessary, for the purpose of taking a stand and opposing evil.  Generally, however, the emotion of anger is to be directed inward, to strongly oppose our bad habits and character flaws, and not towards the flaws of other people.

The three-week period leading to Tisha B’Av is traditionally a time when we focus on improving our interpersonal conduct, in an effort to correct the sin of sin’at hinam (baseless hatred) which caused the destruction of the second Bet Hamikdash, and which has prevented its restoration for two thousand years.  A key element of this effort is controlling, restraining and managing our anger.  So much of the hostility that exists between people is a result of this especially powerful human emotion.  When we feel wronged, offended or disrespected, or when we observe behavior of which we disapprove, we are naturally overcome by anger, which causes us to say and do things that we shouldn’t.  The great masters of Kabbalah teach us that we should reserve our anger for our internal enemy, our yetzer hara.  We should be tolerant of others, but intolerant of our own faults.  This is why Hashem brought anger into the world.

A number of rabbis taught that the 22 days of mourning from Shivah Asar BeTamuz through Tisha B’Av correspond to the 22 days of Yom Tov which we celebrate over the course of the year (eight days of Pesach, seven days of Sukkot, Shemini Atzeret, and Simhat Torah, two days of Shavuot, two days of Rosh Hashanah, and Yom Kippur).  This correspondence teaches that in the future, these days will be observed as days of festivity and celebration.  Let us work to transform our feelings of anger and resentment towards others into feelings of love, kindness and sensitivity, so we will be worthy of the transformation of these days of mourning into days of festivity, amen.