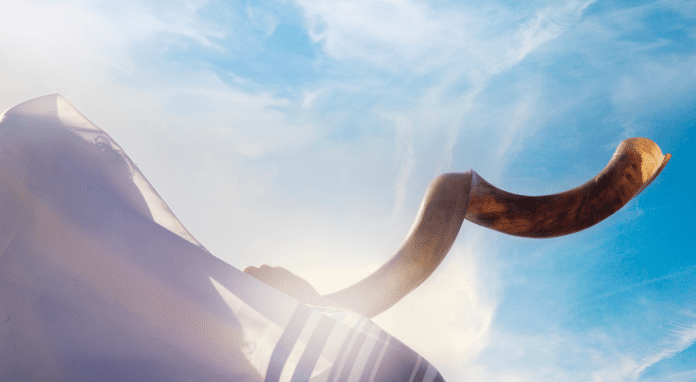 Elul, Selihot, Rosh Hashanah, Yom Kippur… These days, perhaps the most important and holiest days of the Jewish year, are once again upon us.

While we’re well-aware that every day in the month of Elul is precious, the question begs to be asked: why the build up? Is it really necessary to brace ourselves for the holidays already 30 days before? The heartfelt supplications we recite in the Selihot may arouse and uplift us, but do they really justify giving up that extra hour of sleep? Must we be barraged with speeches emphasizing the power of self-improvement and teshuvah (repentance)? Surely many of us would rather enjoy the remainder of our summer months rather than focus us prayer, introspection, and repentance!

Albin, a young and aspiring entrepreneur, left his home in a small Russian village and set out for the city of Poznań, where he hoped to learn the art of trade and commerce. Upon arriving in the big city, the young suburban man was amazed by the hustle and bustle of the city, and he began learning and absorbing all he could from observing the skilled peddlers.

One day, as Albin looked for work, he was shaken by the sight of a raging inferno right in the center of town. One of the city’s tall and prominent buildings had caught fire, and the furious blaze spread wildly to the surrounding buildings. Albin looked on fearfully, and then he suddenly noticed a man with a small brass trumpet emerge from a nearby rooftop. The strange man began to blow the instrument at full volume, whereupon all the townspeople rushed to the scene, formed highly-organized assembly lines, and got to work. Many of them ran to fetch buckets, and then passed them to others who filled them with water. They were then delivered to another group, who raced to empty the buckets onto the blazing inferno. Another human conveyor belt was formed to collect buckets of sand. After just a few minutes, the fire was completely extinguished, and reconstruction was soon well underway.

Amazed by this display of strategic cooperation, Albin headed toward the trumpet blower and said, “That was incredible! How did you get all those people to do that?!”

“Simple,” replied the strange man. “Whenever I blow this horn, the entire town comes together to assist in times of crisis.”

Albin was amazed. “Where can I purchase this magical instrument?!”

The man reached into his sack, pulled out an identical little trumpet, and said, “You can have it for 16 rubles.” Albin happily agreed, figuring it was the bargain of a lifetime.

Months passed, and it was time for Albin to return home with his newly-acquired knowledge of business and trade and to start earning a better living for himself and his family.

Not long after returning to his hometown, a fire broke out in one of the village’s homes, destroying it completely and starting to make its way to the next hut. The blaze threatened to wreak havoc on the entire village and all its inhabitants.

Albin raced home and quickly grabbed the small trumpet he’d acquired in Poznań. He then raced to the village square and began blowing the loud instrument with all his might. Hoping to watch the masses gather to put out the fire, Albin watched as the people gawked at him. Again he put the horn to his lips and blew, this time even louder than the first – but again to no avail. The fire raged on, destroying nearly a quarter of the village homes.

Outraged, Albin saddled his horse and headed back to Poznań. After searching far and wide, Albin found the man who sold him the trumpet, and angrily berated him for selling him defective merchandise. He told him that a fire broke out in his village, and the horn proved to be useless.

“You fool!” the man replied. “Did you truly believe the instrument possessed magical qualities?!”

“The people of our city regularly rehearse the procedures, practicing how to react should such a crisis come about. When I blow that horn, it isn’t magic that brings everyone together to solve the problem. The horn alerts them of the crisis and lets them know it’s time to put all our practice to use!”

Time to Wake Up!

“Awake, you who are asleep, and those who are in a trance, arise from your slumber.”

The message is clear: If we foolishly waste the days leading up to the awesome Day of Judgment, then how can expect to have a meaningful holiday? What are we to do when we hear the roaring shofar blast on that awesome day if we do not rehearse ahead of time? The sounding of the horn is only as effective as the extent of our advanced training.

Like all things meaningful, preparation is key. Let us prepare now so we will know just what to do when we hear the shofar sound.