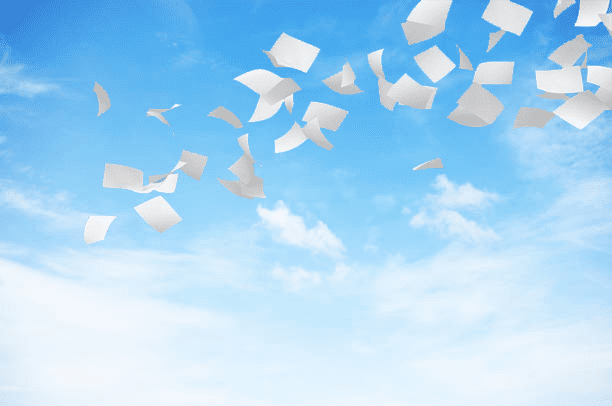 As the High Holidays approach, and believing Jews begin reflecting on the significance of this season, and of the judgment that will be taking place, we all naturally search for ways to ensure that we will be judged favorably and be considered worthy of a year filled with health, joy and prosperity.  We look for ways to improve our conduct and increase our merits in preparation for the judgment of Rosh Hashanah and Yom Kippur.

Many will be surprised to learn that one method of helping ourselves during the Days of Awe – one rooted in authentic Jewish tradition – is staring us right in the face each and every morning, when we open the siddur to begin the daily shaharit prayer.

It is customary to recite each morning the famous Adon Olam hymn, and in many editions of the siddur, this hymn is introduced with a teaching by some of the great sages of yesteryear (Rav Hai Gaon, Rav Sherira Gaon, and Rabbenu Yehuda Ha’hasid) regarding the precious value of this prayer.  These luminaries taught that one who recites Adon Olam with concentration is guaranteed to have his prayers heard, and that the Satan and other harmful forces will not sabotage his prayers on Rosh Hashanah and Yom Kippur.  By reciting Adon Olam with concentration, we will help ensure the success of our heartfelt prayers during the Days of Awe.

Why is this the case?  What is so significant about the Adon Olam prayer, and how does it relate to the Yamim Noraim (Days of Awe)?

The Greatest of All Miracles

To answer this question, let us briefly examine one of the philosophical challenges that our theological adversaries have brought against Jewish belief – one which is discussed at length by Rav Meir Simchah Ha’kohen of Dvinsk (Lithuania, 1843-1926), in his classic Torah commentary, Meshech Hochmah (Parashat Beshalah).

As Rav Meir Simchah explains, there were philosophers who argued that it is impossible for human beings to experience an infinite Gd.  The immeasurable gulf that separates a lowly human being from the omnipotent, all-knowing Creator, in the mind of these philosophers, makes any connection between them impossible.  How can we physical beings possibly experience Gd’s presence?  For the philosophers, we denigrate Gd by claiming that we can speak to Him, that we can feel His presence, that He is concerned about us, that we can have a meaningful relationship with Him.

The response to this claim, as Rav Meir Simchah discusses, is the Kabbalistic notion of “tzimtzum” (literally, “contraction”).  This is a concept which I myself do not claim to fully understand, but it refers to the process whereby Gd “filters” His power and greatness, breaking it down in such a way that we human beings are able to experience His presence and have a relationship with Him.

We might suggest an analogy to a person sitting in a boat at the bottom of Niagara Falls holding an eight-ounce cup, trying to collect the water that flows.  Obviously, the force of the falls will knock over the cup – and the person – in an instant.  This was precisely the claim of the philosophers – that Gd’s power is too overwhelming to allow for any form of contact or engagement with Him.  But let us imagine a large filtering system that is installed as the water falls, capable of collecting the water and releasing it slowly, in the form of a stream similar to what flows from our kitchen faucet.  This would, of course, allow anybody to collect the water.

It is difficult to imagine such a system being installed in Niagara Falls – but Gd, in His infinite greatness, devised such a system to “filter” His power and majesty.  Rav Meir Simchah argues that the philosophers in effect underestimated Gd’s power by claiming that He is too mighty for us to engage with Him – because they did not conceive of the possibility of His “filtering” His power.  And this might be the greatest manifestation of Gd’s greatness – His ability to “contract” in such a way that He can be felt and experienced by us lowly human beings.

Rav Meir Simcha explains on this basis Beneh Yisrael’s jubilant pronouncement after crossing the sea: “Mi chamocha ba’elim Hashem…oseh pele – Who is like you among the mighty ones, O Gd…Doer of wonders!” (Shemot 15:11).  When Gd split the sea, our ancestors beheld a revelation of Gd, as we recite each night in the arvit service: “Ra’u banim et geburato – [Gd’s] children saw His power”; “Malchutecha…ra’u banecha al hayam – Your Kingship…was seen by Your children at the sea.”  The great “pele” – “wonder” – of the splitting of the sea was not that the sea split – but rather that human beings caught a glimpse, as it were, of the Almighty, that Gd “filters” His greatness to allow us, His children, to experience Him.

This point is critical to appreciate as we approach Rosh Hashanah, the time when we reaffirm our belief in Gd as both King and Judge.  We believe not only that He created and governs the universe – but that He is aware of, interested in, and exerts control over everything that happens, down to the last detail.  The notion of judgment presumes that Gd truly cares about what we do, and governs even the smallest aspect of our lives.

Let us imagine Warren Buffet sitting at his desk in his office building.  He undoubtedly receives many different memos throughout the day, matters of critical importance to the companies he owns.  There is one memo which we can rest assured was never sent to him: “Mr. Buffet, the men’s room on the third floor is out of toilet paper; please put in some more.”  We may presume that anybody who would send Mr. Buffet such a message would be fired in an instant.

Gd is infinitely greater than Warren Buffet – and it is because of His greatness that we can ask Him even about the “toilet paper,” about our daily problems and concerns.  We can send Him a “memo” asking that He ensure the success of the medical procedure we are undergoing; asking that He help cover our tuition bill; and asking that He help our child who is struggling in school.  There is no problem too small to bring to Hashem.

This is the theme of Adon Olam.  The first half of this hymn extols Gd’s infinite greatness, expressing that He existed before there was a universe and will always continue to exist, and that He has no parallel.  The prayer then transitions to describe our personal relationship with Gd, that He is “Keli – My Gd,” the One we turn to in times of trouble, the One in whom we place our trust at all times.  We conclude, “Hashem li velo ira – Gd is Mine, and I shall not fear.”  He is all-powerful, having brought the entire universe into existence – and yet He cares about each and every one of us, and about each and every one of our concerns and fears.  We never need to hesitate to turn to Him when we need help.

This is why reciting Adon Olam with concentration helps ensure the success of our prayers on the Yamim Noraim.  If we internalize the message of Adon Olam, we recognize that Gd is not just the King of the universe – but our King, the King who truly cares about us, who is truly interested in us, who truly wishes the best for us, and who truly desires, as it were, a relationship with us.  We are then able to stand before Him on Rosh Hashanah, reaffirm our devotion to Him, and beseech Him to grant us a year filled with joy and blessing.

Lifting the Spirits of the “Final Generation”

King David says in Tehillim (102:18-19), “He turned to the prayer of the ar’ar, and did not reject their prayer; let this be written for the final generation.”  Rashi explains the word “ar’ar” to mean “harus venish’hat” – broken and downtrodden.  David here teaches us that Gd does not reject the prayers of the brokenhearted, those who cry out genuinely in pain, beseeching His help.

Later commentators noted that the phrase “let this be written” (“tikatev zot”) indicates that this verse speaks specifically of Rosh Hashanah, the time when Gd “writes,” or inscribes, our judgment for the coming year.  On this day of judgment, our heartfelt pleas, emerging from our broken spirits, are lovingly accepted by Gd.  Moreover, the commentators explain that this verse refers to “the final generation,” the generation that lives at the end of the long, bitter exile, and faces unprecedented spiritual challenges.

Many people today feel distanced from Gd and religion because they assume that religion is only for the previous generations, for our ancestors who lived with far greater purity and innocence.  They figure that in our day, when we are submerged in a materialistic and decadent culture, we might as well not even bother striving for a connection to Gd.  They feel irreparably “broken,” incapable and unworthy of any sort of relationship with Gd.

The month of Elul is the time to remind ourselves that Gd is always eagerly awaiting our “memos.”  He is ready to heal our broken hearts, to help us with whatever we are struggling with, as we long as we turn to him with honesty and sincerity.  Even – or especially – in this “final generation,” when people feel lost, confused and distanced from Gd, He hears our cries and accepts our prayers.  The month of Elul – the month characterized by the famous verse, “Ani ledodi vedodi li – I am for my Beloved, and my Beloved is for me” (Shir Hashirim 6:3) – is the time to remember the great miracle of Gd’s accessibility, that specifically because of His infinite greatness, He invites us to build  a personal relationship with Him.

Let us seize the precious opportunity presented by this special time of year to cultivate this relationship, to work toward bringing Hashem into our lives, and to remember that He eagerly await all the “memos” that we wish to send Him.