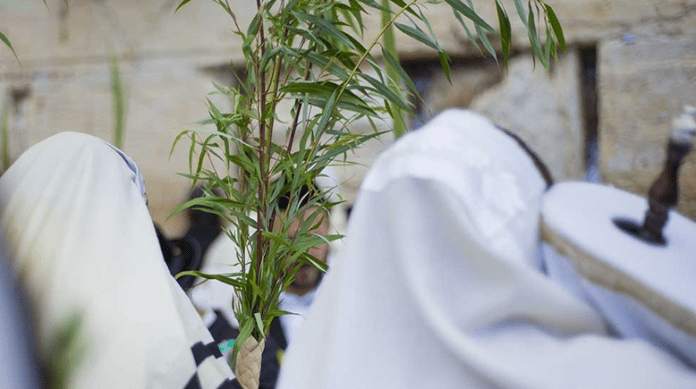 What is Hoshana Rabbah?

The meaning of Hoshana Rabbah, literally “the Great Salvation,” comes from  hosha = save, na = please, rabba = great. There are three designated days in the calendar for good judgement, Rosh Hashana, Yom Kippur, and Hoshana Rabbah.

Every day of Sukkot we walk around the Torah with our lulav and etrog in hand asking Hashem hosha na – to please bring salvation and goodness throughout the year. On the last day of hol hamo’ed Sukkot, as this is the seventh time that we encircle the Torah and the climax of Sukkot, we ask for salvation and help from Hashem in many ways, especially regarding the crops and rain.

What do we do special on this day?

1) We study the tikkun throughout the night, reviewing the entire Sefer Devarim and Tehillim with excerpts of selihot 2) after Hallel we recite in the hoshanot, specific prayers for many aspects of agriculture 3) after the Tefillah we take five aravot and bang them against the dirt.

What is the meaning of the extra hoshanot prayers?

We go around the Torah seven times with our lulav and etrog asking “hosha na” – please help – while mentioning Selihot that upon each segment highlight the merit of one of the seven ushpizin, the first one corresponding to Avraham, the second to Yishak, etc.

After the seventh circuit we then build upon the refrain of hosha na to more and more steps of beseeching, totaling ten steps.

After musaf, one takes five aravot in a bundle and goes outside to strike them against the dirt.

What is the meaning of banging aravot against the dirt?

The aravot represent the lips and represent the non-virtuous, as they have no scent and no taste. Throughout the month and through the holiday we had many mitsvot surrounding and protecting us. As we culminate the season of mitsvot we invoke through aravot representing the lips that all, namely the Satan, which speak negatively of us, to be quieted of lashon hara through hitting them against the dirt [which is the food of the snake, which is the paradigm of lashon hara] that any evil spoken about us shall be quieted.

Can I use the aravot from my lulav?

Although one halachically can use the ones from his lulav, it is preferable to use aravot not from the lulav. If one does not have aravot, then after your friend has hit his bundle on the ground if there are still most leaves attached, one should use them again, better than putting together from the ones from your lulav.