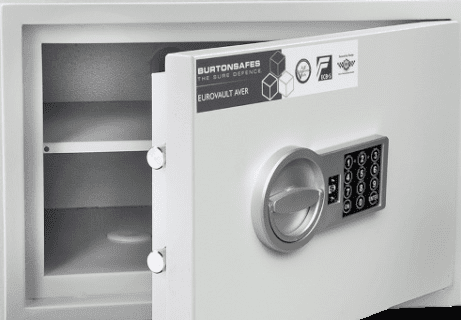 David rented a home from Steven for ten months, with the rental contract expiring on June 30, 2022. Although David was planning a trip overseas in early June, he nevertheless, as per his contractual obligation, sent Steven payment in full for the month of June. David moved all his belongings out of the house and returned the keys to Steven on June 7th, before he left for overseas with his family. While overseas, David immediately realized that he forgot to empty the vault in the master bedroom prior to his departure. He contacted his brother and gave him the code to the back door to enter and collect his valuables from the vault. Upon his brother’s entry to the home, he was confronted with an entire family living on the premises. The brother contacted Steven, the owner, and he arranged for the vault to be emptied and its contents returned. However, David was exasperated that Steven, without consent, rented out the home to another family before June 30. In Bet Din, David demanded of Steven that all proceeds from the new tenants are to be forwarded to him. David explained that since he rented and paid for the home until June 30, he is the rightful owner and is entitled to the earnings. Steven replied that as the owner he had the right to rent out the vacancy especially after David returned to him the keys. Furthermore, Steven explained that he rented his home for the summer at a high summer rate per month and he clearly had no intention of forwarding his earnings to David. David responded by threatening that either the summer tenants vacate the property until July 1, or all proceeds of the three-week term be paid to him.

According to the ruling of the Shulhan Aruch, a tenant that illegally sublets a property is not entitled to the additional profits earned. Since the tenant was not authorized to sublet the property, he is subsequently required to forward all proceeds above his cost of rent to the landlord. Depending on the contractual agreement, illegal subletting of a property can be viewed as a material breach of contract and is grounds for immediate eviction. Although in such instances a tenant is entitled to recoup his cost of rent, he is not the owner of the property and is subject to the above-mentioned consequences.

As a rule, a landlord is restricted from renting out his property after already renting it to another party. If a landlord violates such a rule and rents out his property to two different tenants simultaneously, his actions are viewed a fraudulent. Consequently, he is to incur the cost of damage sustained to the tenants he wronged.

An exception to this rule includes instances in which a tenant completely vacates a property. When a property is abandoned by a tenant, an owner maintains the legal right to protect his property and provide entry to new tenants. After all, a deserted, unattended property is subject to damage that otherwise would not occur if occupied. Examples of burst pipes, fires, leaks, and the like are common occurrences when a property is left vacant. Some of these damages are actually attributed to forces that enter a home that is desolate.

Since the tenant only had three weeks left on his lease, it stands to reason that he would have had a very difficult time subletting the home for only the last three weeks of the month of June. The landlord who rented out his property for an exorbitant sum was only able to do so because he rented out the property for three months, through the first week of September. Hence, upon appraisal of the tenant’s stake in the property for the balance of his contract, our Bet Din concluded that reimbursing him three week’s rent is sufficient.

Additionally, even if the amount of reimbursement due to the tenant is a halachic dispute, an owner in possession of the collected funds can withhold from paying additional compensation. Since he is in possession of the money, the owner is entitled to rely on the halachic rulings that minimize the sum he is required to pay.

Lastly, a Bet Din will accept the defense of a tenant claiming that he only returned the keys of a rented home due to his upcoming travel plans. Hence, in such instances, a tenant is entitled to the estimated value of his stake in the property until the termination of his lease. Returning the keys of a home is not an indication that one willingly forfeited his rights or claims.

Our Bet Din ruled that Steven, the landlord, is only required to reimburse David with the rent he prepaid for those three weeks. Any additional earnings generated from the summer rental rightfully belong to Steven. As mentioned in Torah law, once David vacated and emptied the property, Steven, the owner, maintained the legal right to sublet the home to new tenants. By contrast, David was restricted by contract to sublet the property for the duration of his rental term. It therefore stands to reason that the proceeds of the three-week rental belong to Steven. Nevertheless, Steven is required to reimburse David for the prorated rate of the rent he paid, in order to exercise his right to bring new tenants into the vacated home. After all, David rented the home until June 30. David’s claim that the new tenants are to “get out” was rejected by our Bet Din. Not only did Steven maintain the legal right to rent out the property, but the rental was also beneficial to David as well, as he recouped three weeks of prepaid rent. David was not returning from overseas before June 30; hence, he has no right to restrict entry.

Additionally, David’s claim demanding all profit generated was rejected, since it was a baseless claim. David would have had a very difficult time subletting the home for only the last three weeks of June. Even if he succeeded in doing so, it was likely to be at a very reduced rate.  Hence, it is clearly sufficient to return to him his cost of rent as compensation.  Steven, on the other hand, as the owner, rented out the property through the first week of September, making him the rightful owner of the exorbitant summer rental income.

Harry and six of his friends borrowed Jack’s van to travel south of New York, to a town in South Carolina. When Jack gave the keys of the van to Harry, he was aware of his travel destination and of the other six travel companions. While in South Carolina, the van broke down and the group hired a mechanic to determine the cause of the car’s sudden failure. Upon hearing that the car was not easily repairable, but rather that the engine blew, Harry called Jack, who instructed him to tow the car back to New York. Harry paid for the cost of towing the van back to New York, a sum amounting to $1,750. Thereafter, Harry reached out to each of his six friends to collect $250 to cover the costs of towing. One of the friends was unwilling to participate, and suggested that Jack, the owner, was required to pay for the towing. The young man claimed that since the cause of damage was beyond their control, they are not liable for any of the costs incurred. The parties came before our Bet Din to resolve their dispute.

Who is responsible to pay for a new engine, the cost of towing, and the fee for the mechanic who originally checked the car? Harry? The group of seven friends? Jack?  How should the Bet Din rule and why?