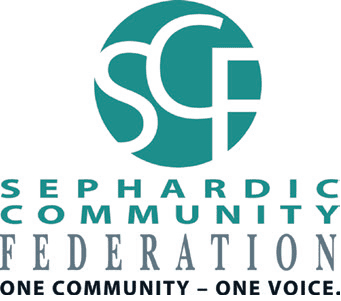 Two years ago, I wrote the article below, and it could not be more relevant today. Now, more than ever, we are seeing the ramifications of not voting.  Our quality of life, home values, and the critical organizations we depend on are at stake.

“I have NO idea who my councilman is, let alone my state senator or state assemblyman.”

“I think I voted once because I was home that day but I can’t remember what election it was for or who I even voted for.”

“Vote?  No, I don’t vote.  I’m a Republican and New York elects Democrats anyway, why should I bother?”

“I don’t get involved in politics.”

“I don’t know where to go, or even what to do, and I am embarrassed that at my age I have never voted.”

Unfortunately, these are real responses I have gotten when simply asking, “Do you vote?”

Recently, while on a community-wide zoom town-hall, a woman went through a list of complaints about radical Democrats while the elected official attempted to explain to her the importance of voting. When she finished, I messaged her privately and asked her, “Do you vote?”  I nearly fell off my chair when she typed back, “Why bother?!? Nothing changes. Is my one vote going to change anything?” I replied simply, “Your vote is your voice, and so by withholding your vote, you are silencing not only yourself, but the community as a whole. Mrs. X, it’s time to SCREAM!”

Democratic Primaries Are the Key

It is true that New York City is predominantly Democrat, but wherever one falls in their personal political views, if registered as a Republican, they are unable to vote in the Democratic primaries.  This can have disastrous consequences.  If we as a community want to shape the landscape of the leadership, we must be willing to shape it. It has never been more important to simply go out and VOTE.

In September of 2019, SCF published an article informing the community that “Progressive Democrats, feeling empowered by a handful of high-profile victories have now thrown their weight behind any progressive trying to unseat moderate Democratic incumbents.”

Virtually all of the competitive elections in Brooklyn, Manhattan, and recently, Queens, are, and have been, decided by Democratic Party primary elections, which are held in June of each year. As of September 2022, the governor, state senate majority, state assembly majority, attorney general, comptroller, mayor, city comptroller, every borough district attorney, NYC public advocate, as well as four out of five borough presidents, and 46 of the 51 New York City Council members are Democrats.

As the city and state continues on a leftward tilt, it is clear that our community must have the ability to vote in the Democratic primaries. This will have an influence on which Democrats run in the November elections. Strengthening our voting numbers in these primaries will greatly encourage candidates to support issues that are vital to our community. The stark choice these days is between a moderate Democrat versus a progressive one.

The Power of the Community Voting Bloc

Moreover, we must turn out for the general election vote each and every November.  Politicians pay attention to how many people come out to vote – even if not for them. Our community must be seen as  powerful to make our voices heard.

This is not to be taken lightly.  Recent events have left our community fearful and vulnerable.  We have been too silent.  We must take this seriously and make our concerns known by using our influence as a voting bloc.  Elected officials must see and know that we will go to the polls, we will support those who support us, and we will stand together to take action on the needs of our community.

Make the effort – VOTE in November, VOTE in future primaries, use your vote as your voice.

Sari Setton is the Executive Director of The Sephardic Community Federation.