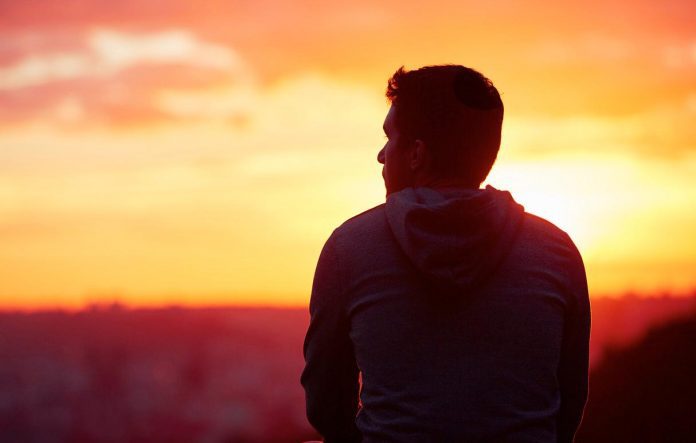 In late May of last year, the World Health Organization concluded that the official compendium of diseases needs to include one more common contemporary disease under its list of sicknesses to be taken seriously by the medical profession.

Burnout has been upgraded from a “state of exhaustion” to a “syndrome” – which means that a truly significant number of people are not just sick of their jobs and sick of their lives; they are sick in the literal sense, mentally, emotionally, and physically, to the extent that their condition requires professional attention.

Perhaps this new phenomenon can shed on a famous biblical story, a seminal event in the life of Moshe, which may have much greater meaning than commonly understood at first reading.

Moshe’s first encounter with Hashem took place at a bush. Bush in Hebrew is called sneh. That very spot would be the location for the giving of the Ten Commandments. From the word sneh comes the word Sinai. The holiday of Shavuot and the giving of the Torah are inextricably linked with the scene of the miracle shown to Moshe. A bush burning with fire was strangely not consumed.

Superficially it was simply the scene of a miracle. It was Gd demonstrating his supernatural power. It was the prelude to Gd asking Moshe to assume the heavy burden of leadership. Yet the question begs to be asked: Could Gd not have performed a more amazing feat than this? Surely there must have been some greater meaning to this particular miracle. Indeed, the specific nature of the miracle must have also been a sign and a message.

Living with a Purpose

Permit me to suggest that Gd was giving Moshe a powerful answer to the very same problem currently identified as key to contemporary culture. A bush was burning – yet it was not consumed. So too, Hashem assured Moshe, that doing His will, and having a life filled with meaning and purpose, is the best way to never suffer from burnout.

The “burning bush” is not so much the story of a miracle as it is a vivid depiction of the miracle of lives filled with fiery passion for a greater cause.

Burnout, psychologists tell us, is apathy, akin to the feeling that life has no meaning. There is a crisis of purpose in our world today. People feel overwhelmed, lonely, and unfulfilled. In chasing the “good life,” they have sacrificed their relationships and their health, and, at the end of the day, still find themselves with lives and work that bring them little joy and meaning. Depression is on the rise and many people can’t cope with the pace of change brought on by technological, cultural, and social transformations.

Viktor Frankl, the world-renowned psychiatrist, existential philosopher, and author of the classic bestseller, Man’s Search for Meaning, described it brilliantly. People today, he said, are living in an existential vacuum. Vacuums need content – and the content must be purpose.

Meaningful activities generate positive emotions and deepen social connections, both of which increase our satisfaction with life. Research shows that focusing on happiness in life is actually self-defeating. Many persons have a wrong idea of what constitutes true happiness. It is not attained through self-gratification but through fidelity to a worthy purpose.

Iris Mauss, a social psychologist who studies the possible negative consequences of seeking happiness, found that people who place a great value on being happy actually have more mental health problems, including, sadly enough, depression. Mauss explained, “The more value you place on your own happiness, the more likely you are to feel lonely. Pursuing meaning, however, makes you feel good about yourself, because you are pursuing something bigger than yourself. Something that makes you come alive.”

The holiday of Shavuot recalls the single most important moment in of all of human history. At Sinai we were given a call to make our lives filled with meaning. We were given the commandment that our lives must have purpose – and the pursuit of that purpose would ensure far greater joy than the pursuit of happiness.

Sinai reinforced the message of the sneh, the burning bush. In making our lives meaningful we have found the Divine response to the dreaded disease of burnout.

Rabbi Benjamin Blech is an internationally recognized educator and lecturer. He is the author of 19 highly acclaimed books with combined sales of over a half million copies.