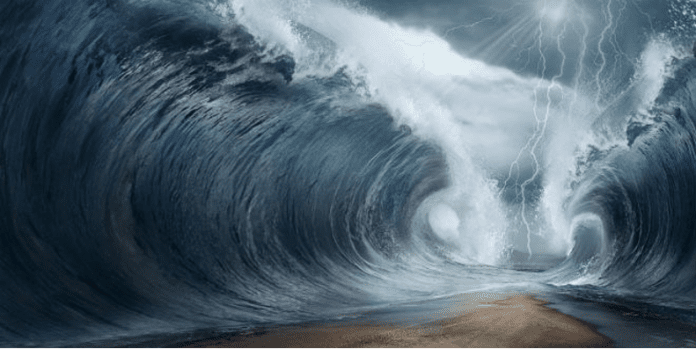 The famous Kabbalist Rav Shimshon of Ostropoli (d. 1648) wrote a letter which he encouraged his students and followers to read once a year, preferably on Erev Pesach. He assured that reading this letter and imbibing its lessons will yield great benefits, and many observe this practice even today.

In one passage in this letter, Rav Shimshon gives us insight into the ten plagues which Gd brought upon the Egyptians, as we mention and discuss at the seder. He writes that these plagues served a dual purpose: bringing devastation to the Egyptians, and bringing “healing” to Beneh Yisrael. Of course, we don’t normally associate plagues with “healing.” But Gd saw to it that the same supernatural phenomena which brought illness, poverty, and death to Egypt had a “therapeutic” effect upon Beneh Yisrael.

This “healing” was not a cure of a physical ailment, but rather a cure of the spirit.

The Ramban (Rav Moshe Nachmanides, Spain, 1194-1270) writes that our nation’s patriarchs were the “chariot,” as it were, of the Shechinah, the Divine Presence. They lived with such pristine faith, and with such devotion to Gd, that their homes were sanctuaries, where the Divine Presence resided. In fact, the Ramban writes, the Mishkan – the Temple which Beneh Yisrael built and carried with them in the desert – served as a replica of our patriarchs’ homes. The ideal abode of the Shechinah was the homes of Avraham, Yitzhak, and Yaakov.

Toward the end of Yaakov’s life, he and his family were forced to move to Egypt. At that time, Egypt represented the polar opposite of the Shechinah. It was overrun by paganism and a culture of decadence, that directly contradicted everything the patriarchs embodied. Over the course of the 210 years our ancestors spent in Egypt, the emunah (faith) they had inherited from Avraham, Yitzhak, and Yaakov had waned. The influence of Egyptian beliefs and lifestyles proved too strong for them to withstand, and they began losing their faith in Gd.

Beneh Yisrael desperately needed “healing” – the reinforcement of their faith.

This was the second function of the plagues. Besides punishing the Egyptians for their cruelty towards Beneh Yisrael, the plagues also rebuilt Beneh Yisrael’s faith, showing them Gd’s force. Only the One who created the world and the laws of nature could then suspend those laws and overturn nature, as was done during the ten plagues. Moreover, the plagues affected only the Egyptians, and spared Beneh Yisrael. This clearly demonstrated Gd’s direct involvement in world affairs, how He controls the forces of nature to punish the wicked and rescue the oppressed. And, Gd overpowered even the strongest natural forces. He brought fire and water together during the plague of hail, and he darkened the sun and moon during the plague of darkness. Over the course of the ten plagues, Beneh Yisrael were shown the three most fundamental tenets of emunah: that Gd exists; that Gd is intimately involved in world affairs, fully controlling everything that happens; and that there is no force in the world outside His control or jurisdiction.

This was the “cure” brought by the plagues. They helped cure our spiritually ailing ancestors, reawakening their emunah and inspiring a process of return to their forefathers’ beliefs and value system.

Rav Haviv Haim David Siteon (1827-1906) was a renowned Kabbalist whose ancestors emigrated from Aram Soba (Aleppo, Syria) to Israel. He composed a work entitled Shemesh Umagen, which includes a commentary to Rav Shimshon of Ostropoli’s famous letter. In this commentary, he adds a fascinating insight, further developing the “healing” theme of the Exodus.

The most common Name of Gd is Havayah, which is spelled yod, heh, vav, heh. Rav Sitehon showed that this Name was embedded, as it were, within the process of the Exodus. The first letter of the Name, yod, in gematria (the system assigning numerical values to Hebrew letters) equals 10 – representing the 10th of Nissan. In the year of the Exodus, the 10th of Nissan was Shabbat, and on that day, Beneh Yisrael were required to designate a sheep for the korban pesach – paschal sacrifice – which would be offered several days later. The ancient Egyptians regarded sheep as a sacred article, as a deity, of sorts, and so they were, naturally, enraged at the sight of their slaves preparing a sheep for a sacrifice. Miraculously, however, the Egyptians felt frail and powerless, and stood by idly as they watched Beneh Yisrael prepared their sheep. This miracle corresponds to the yod, the first letter of Gd’s Name.

The second letter, heh, in gematria equals 5, and is associated with the event that occurred five days later, on the 15th of Nissan – the actual Exodus. Six days after their departure, Beneh Yisrael found themselves trapped at the shore of the Yam Suf, where they were saved by the miraculous splitting of the sea. This miracle is indicated by the vav, the third letter in Gd’s Name, which equals 6. The fourth and final letter – another heh – points to the less famous event which transpired five days after Beneh Yisrael safely crossed the sea. After journeying several days without finding any fresh water, they finally reached an area called Marah, where they indeed found water – but the water was “marim” – “bitter,” undrinkable. The people vented their frustration at Moshe, angrily demanding water. Gd showed Moshe a certain branch, which he cast into the water, miraculously transforming it into sweet, refreshing water. This event, which took place five days after the miracle of the sea – corresponding to the letter heh – completed the divine Name, signifying the completion of the process of spiritual healing, the restoration of the people’s belief in Gd. Not only were the actual bitter waters of Marah sweetened – but so were Beneh Yisrael’s souls. The “bitterness” of cynicism, agnosticism, negativity and Gdlessness was replaced by the “sweetness” of faith.

Following the miracle of Marah, Gd told Moshe to announce to the people, “If you heed the voice of Hashem your G-d…then all the illness which I brought upon Egypt I will not bring upon you, for I am Hashem, Your healer.” Significantly, Rav Sitehon explains, Gd here emphasizes His role as “healer.” The miracle of Marah completed the process of spiritual healing, of restoring the people’s faith which had been lost over the course of the years in Egypt. The plagues brought illness to the Egyptians but brought healing to Beneh Yisrael, restoring their lost faith in Gd, and this process of healing is an important aspect of our commemoration of the Exodus on Pesach.

On the one hand, our modern-day experience in exile bears no resemblance at all to our ancestors’ experience in Egypt. They were oppressed and enslaved, and their infants were killed. We, thankfully, enjoy the freedom to practice our religion, to choose a career, and to chart for ourselves our preferred way of life. It goes without saying that we must feel grateful to Gd and to this country for these wonderful freedoms which have allowed us to flourish.

On the other hand, our current exile presents us with the same challenge faced by our ancestors in Egypt. We, too, find ourselves submerged in a Gdless society, in a culture that scorns and ridicules religion, and which celebrates decadence and permissiveness. And, as in Egypt, this culture and its values have permeated the Jewish community, threatening our faith. Just as our ancestors were challenged to maintain their beliefs and values in a country overrun by paganism and immorality, so are we challenged to maintain our beliefs and values in a country overrun by atheism. And just as our ancestors fell spiritually “ill,” so are we ailing, struggling to adhere to our principles and our traditions.

The topic of illness and healing has been at the forefront of our lives over the past year. Tragically, our community, the larger Jewish community, and the entire world, have suffered enormous losses – the loss of life, loss of sustenance, loss of stability, and loss of communal structure. We hope and pray for the healing process to unfold quickly, and that we be spared any further loss or grief.

But at the same time, it behooves us to undergo the process of spiritual healing that this unparalleled experience must inspire. Far be it from me, or from anybody, to claim to know why Gd brought this pandemic upon us. It is clear, however, that we have a great deal to learn from this tragic experience. We have been shown that only Hashem is in control, that as much as science and technology have, thank Gd, advanced and made our lives safer, more healthful, more convenient and more comfortable in countless ways, ultimately, the world and our lives are governed exclusively by Gd. The COVID-19 pandemic has been very tragic and painful, and we mourn and grieve together with those who have lost loved ones, but it has also provided us with a precious lesson in emunah. Submerged in an atheistic society, our eyes have, hopefully, been opened to recognize Hashem’s unlimited power over the universe.

As we pray to Gd to heal our many wounds, to swiftly bring health to the ill patients, comfort to the mourners, and recovery to the financially devastated, let us also work to heal our spirit, to reinforce our faith, to recognize ever more keenly Hashem’s providence and control over the world, and recommit to serve Him each day to the best of our ability.