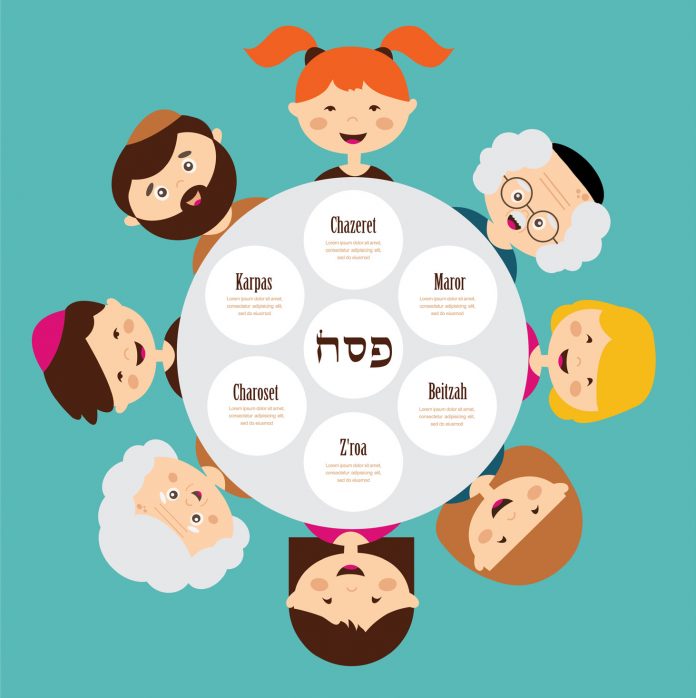 Each year on Passover, Jews around the world sit down to the Passover seder to remember the difficult years their ancestors spent as slaves in Egypt, and their miraculous deliverance. At the seder, we read the story, eat certain foods, and pass on the story to our children and grandchildren.

When preparing the Passover seder, it is important to understand the importance and symbolism of each of the traditional foods. The word “seder” itself means “order,” and we call the seder by this name because we must do things in a certain sequence. That order reflects priority, as indicated by Rabbi Avraham Dayan, a”h, of Aleppo.

When setting the table for the Passover seder, we prepare a special seder plate, which sits in the center of the table. The plate can be a fancy silver platter, or a simple child’s plate made in school. What’s important is not the plate, but the items on the plate. Six foods are placed on the plate, each of which is symbolic, reminding us of the bitterness of bondage of our ancestors.

The seder plate is topped with three matzot and covered.

The six foods on the seder plate are:

After kiddush, and the drinking of the first cup of wine, we wash our hands, and the blessing is recited on the karpas (celery), which is dipped in either salt water (according to Ashkenazic

custom) or vinegar water (Sephardic custom) to remind us of the bitter tears of bondage. The karpas represents hope and redemption. 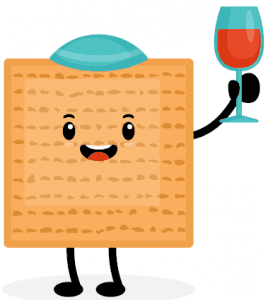 Then the person leading the seder takes the three matzot and breaks the middle one into two pieces, designating one as the afikomen and wrapping it in a sack. At this point, the tray is removed from the table, usually by the eldest unwed girl.

It is customary among Syrian Jews for the sack to go around the table, and for each person to take it in their left hand and place it on the right shoulder. They are asked three questions – “Where are you coming from?” (Answer: Egypt); “Where are you going?” (Answer: Jerusalem); “What are you carrying?” (Answer: matzah).

Moroccan Jews take the sack and tap it on the head of each person at the table while saying in Hebrew, “In haste we went out of Egypt.” 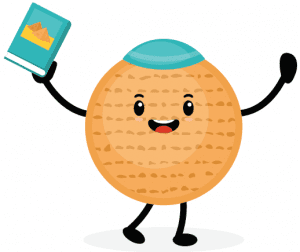 The tray is brought back to the table, and the reading of the Passover story begins. After the second cup of wine, and before the meal is served, various berachot are said over foods.

First, we wash hands, say the blessing and eat a portion of matzah. Next comes the maror (bitter herbs) dipped in haroset. This symbolizes our hope that all the bitterness of exile will be eliminated, and the Holy Temple will be rebuilt.

The sticky haroset reminds us of the cement with which the slaves made bricks in Egypt. It can be made from any number of dried fruits. Syrian Jews usually make a paste using dates, wine, finely chopped nuts, wine and cinnamon.

Next comes the korekh, a sandwich of matzah, bitter herbs (romaine), and haroset.

It is the custom of Aleppan Jews to eat the shank bone from the seder plate, before eating the egg. Syrians customarily serve lamb shanks as an entrée, with rice. (Sephardic tradition permits eating rice during Passover, whereas the practice among Ashkenazim is to refrain from rice throughout the holiday.).

Last, each person eats the hard-boiled egg before the meal, symbolic of the festival sacrifice which was offered at the Temple in Jerusalem.

While every culture offers unique ways of entertaining guests, Syrian hospitality has always been concerned with opening one’s home to friends and family in the most gracious, generous way. So the seder meal will be generous, and will include soup, a chicken dish, a beef dish, a stuffed vegetable, a rice dish and vegetables.

While each family adapts their seder to particular traditions handed down from generation to generation, the Passover story and associated foods remind us of Hashem’s hand in our lives, past, present, and future.

Sarina Roffé is a journalist and author of Backyard Kitchen: Mediterranean Salads and Backyard Kitchen: The Main Course, cookbooks based on her grandmother’s catering company Salem Catering, as well as the Sarina’s Sephardic Cuisine cooking app. The books are available on Amazon.com.