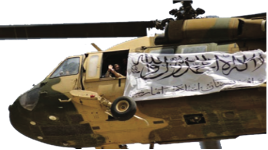 I was already disheartened about the whole Afghanistan fiasco before reading last month’s cover story (Arming the Taliban). But after reading what Marine Corps Major Joshua S. Zager had to share – I literally got sick to my stomach.

The global lesson learned from this tragedy is that the universal revulsion of the mainstream press towards the barbaric Taliban is heavily filtered with bias when reporting on Israel’s enemies, Hamas and Hezbollah. Magically, with a strong dose of anti-Semitism, there is a sudden moral equivalence in the media and the Squad, between Israel and their arch-enemies, that is shocking to basic human logic. What the Taliban is doing to their own people is what Hamas and their ilk want, Gd forbid, to do to Jews, but unimaginably worse.

This whole enterprise to remold Afghanistan into a modern democracy was doomed from the very start, and it is a pity that no one dares to analyze why this is so. The Afghan population is very religious Islamic, yet, none of our civilian or military leaders ever studied the Koran and the Sunnah in order to learn what guides, motivates, and inspires most of the Afghan population. If they had studied Islam, they would have known that it was impossible to make a liberal democracy out of a Moslem society. There is no way that we can win the hearts and minds of religious Moslems no matter how much money we give them, and no matter how many roads, schools, water filtration plants, government buildings, and mosques we build for them. The very religious Moslem Taliban will always be closer to the Afghans’ hearts and minds than we will. The Taliban wants a stricter practice of Islam than much of the rest of the population, but all of them want Islam. 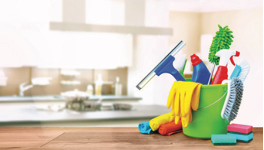 Thanks for last month’s column about the pros and cons with household help. I believe in designating children to do chores. They should have time to play, study, and do chores. Many moms today try to prevent their kids from doing anything unpleasant. But as a result, we raise lazy kids, young women who don’t know how to care for the house, and young men who don’t know how to cook or do their own laundry. Plus, doing chores together can be fun, creates a common purpose, teaches many lessons, and can bring family together. Oh, and we also save some money!

I always had cleaning help until about two years ago, and it has taken me this long to realize what a huge mistake it’s been to be without the help of my own children. My kids have learned to clean up after themselves, and we have saved money – but in the end it is not worth it. I’m a mother of a large family and the only overworked person is me! I stay up way too late at night to have some “me” time. The laundry never ends, I don’t have time to exercise unless I’m willing to let other high-priority things go, and the list goes on. A sane, happy mother – now that’s worth something! Unfortunately, now that my husband is unemployed, I don’t have a choice in the matter, But for those that do – think twice before you decide to do it on your own. 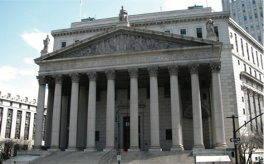 Just wanted to let you know how much I enjoyed reading the interview with Judge Gina Levy Abadi (The First Orthodox Sephardic Woman to Join the NY Supreme Court). May she be guided by Hashem to judge the facts and the law correctly and may her service be a Kiddush Hashem. Mabrouk!