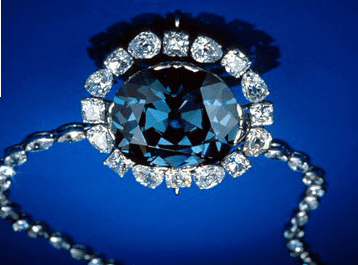 Upon the passing of their dear parents, Joan, Albert, and Eddie proceeded to divide their parents’ estate as per the Last Will and Testament left by their father. Each of the two sons inherited forty percent of the estate while Joan, the only daughter, was bequeathed twenty percent. Joan, who had access to the safe in her late parents’ home, opened it and removed her mother’s valuable jewelry. When Albert and Eddie discovered the missing jewelry, they immediately demanded of her to return what she had taken. Joan defended her position explaining that it is customary and a well-known fact that jewelry of a mother belongs to her daughter. Joan further clarified that her mother passed on suddenly, and that her father was ill at the time of her mother’s passing. She continued to explain that if her mother was still alive, or had her father not been ill, they would have most definitely gifted her with the jewelry. As such, she is unwilling to allow her much younger sisters-in law to take possession of the jewelry. Joan’s brothers were not interested in their sister’s plea and demanded that she return what she stole. Without any legal records proving the existence of the jewelry they threatened as a last resort to call the police. The family ultimately brought their dispute to our Bet Din to resolve.

Is Joan entitled to her mother’s jewelry? Are the brothers entitled to a percentage of the jewelry? How should the Bet Din rule and why?

According to the ruling of the Shulhan Aruch, a parent or any benefactor is entitled to gift a specific heir or a recipient a portion of their estate. For such a gift to constitute a valid transaction, the parent or benefactor is required to stipulate in their Last Will and Testament that the gift is effective the moment prior to their passing.

The underlying reasoning for this stipulation is that by Torah law, one is unable to execute a transaction after he is deceased. Immediately upon one’s passing, all his assets automatically belong to his halachically rightful heirs. Hence, one who wishes to deviate from the prescribed outline dictated by the Torah and choose to gift a foreign recipient is required to stipulate that such a gift is effective prior to his passing.

The above ruling is one of the legal methods commonly used to gift funds to a specific heir or to include a foreign recipient in an estate’s allocation. Other legal methods are readily available. For further information one can contact a competent halachic authority to implement a legal method most suitable to their needs.

Additionally, due to the complexity of these laws, one can anticipate further halachic requirements depending on the specific details of the case at hand.

Contemporary halachic authorities advise that a daughter be included in the distribution of an estate. Some leading halachic authorities recommend a father allocates to his daughter at least half the portion he allocates to a son. This recommendation ensures family peace after one’s passing and promotes a daughter’s appreciation for her father’s legacy.

By Torah law, a halachically valid Last Will and Testament is a binding transaction. Hence, unless detailed otherwise, a will encompasses all the assets of the deceased. Thus, when an estate is blanketly divided into percentages, every item is divided according to the percentages of the will. Often, when the various recipients cannot agree on a fair distribution and are unable to negotiate terms of trade, a Bet Din will instruct the parties to sell the assets and divide the proceeds in accordance with the stipulated percentages.

By rule of the Shulhan Aruch a man that survives his wife is the sole inheritor of his wife’s assets. This ruling is applicable even if the wife expressed her wishes during her lifetime to bequeath her valuables to her daughters. Clearly, a mother’s jewelry does not automatically belong to her daughter after death. Rather, upon her husband’s subsequent passing the assets are distributed as per the Last Will and Testament.

VERDICT: The Law Is the Law

Our Bet Din ruled in favor of Albert and Eddie, by submitting to the family a ruling instructing Joan to return the jewelry she took from the estate. As mentioned in Torah law, Joan does not inherit her mother’s jewelry simply because she is her only daughter. Since the father of the family survived the mother, he is the sole inheritor of his wife’s personal property. The father of the family wisely distributed his estate in accordance with many contemporary halachic authorities when gifting Joan half the portion he gifted each of his sons. Generally, such a distribution promotes peace in a family and allows one’s daughter and family to appreciate the legacy of their father.

Our Bet Din informed Joan that she is entitled to twenty percent of her mother’s jewelry, as per the Last Will and Testament. However, the balance is to be returned immediately to her brothers.  Upon receiving our decision, Albert and Eddie proposed to Joan the option of purchasing from them their shares of the jewelry, however, Joan declined. The brothers nevertheless graciously gave her first choice in selecting her twenty percent of the jewelry.

Jonathan, an attorney at law, represented heirs of a family estate claiming criminal charges against a non-profit organization. The details of the claim included a misappropriation of funds that were assigned by the deceased to the organization. In Bet Din, Jonathan explained that the funds were transferred to the organization with explicit instructions to create an endowment fund. Such a fund typically invests the total amount of the grant received, with only a portion of the yearly income earned spent by the organization. The balance of the yearly income is added to the principal for growth. This method of gifting ensures that the money granted is perpetual. Instead of creating an endowment fund, the organization used all the funds to purchase a property to serve as their central location. Jonathan implied that suspicious activity transpired at the time of the property’s closing, including the possible embezzlement of funds by board members. He further claimed that the money granted was to assist the organization in maintaining stability of salary payment to their staff and not to purchase real estate. Quite the contrary, the purchase of real estate and the carrying of a mortgage is likely to increase the amount of monthly debt and further increase the risk of the timely paying of salaries to the staff. Jonathan called for the immediate firing of the board of directors. Additionally, he petitioned that the board of directors are responsible to financially reimburse the organization in order to formulate the aforesaid endowment. The board of directors, in their entirety, responded, that although they deviated from instruction, they nevertheless only used the funds in the better interest of the organization. Hence, they believe that they should be acquitted on all counts. In addition to signing on the standard binding of arbitration the parties expressed their willingness to comply with the ruling of our Bet Din on the matter.

How Should the Bet Din Rule and Why?