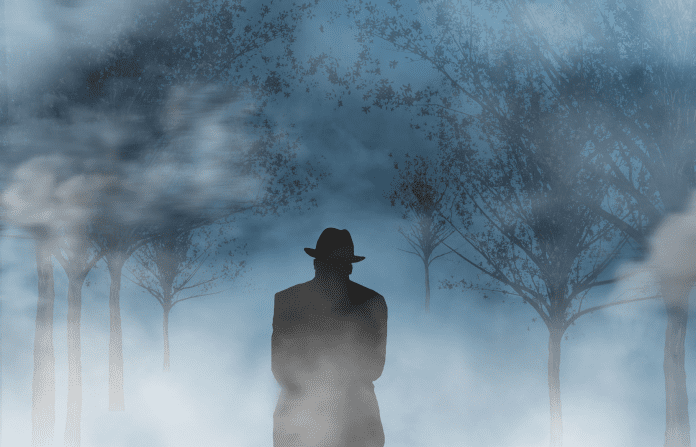 You will probably identify with this fairly common occurrence. You are busy bustling around the house – taking care of this and that, your mind preoccupied with the multiple tasks at hand – when you suddenly turn a corner and let out a shriek of fright at the sight of an “intruder.” The startling moment, though, rapidly gives way to a feeling of intense relief, as your brain quickly processes the fact that this unexpected person is not a dangerous thief, but is a non-threatening family member. Phew!

This relief response is a uniquely human characteristic according to neuropsychiatrist Dr. Katherine Brownlowe, Chief of Neurobehavioral Health at Ohio State University. “When stress activates the amygdala – it temporarily overrides conscious thought so that the body can divert all of its energy to facing the (perceived) threat,” Brownlowe said. The release of neurochemicals and hormones causes an increase in heart rate and breathing, shunts blood away from the intestines, and sends more blood to the muscles. It puts all the brain’s attention into ‘fight-or-flight’.”

But there is a difference in the ways humans and animals deal with fear. “We can get startled,” explained Brownlowe, “but instead of running away like bunny rabbits, we reassess the situation and figure out that we don’t need to respond in a ‘fight-or-flight’ manner. And then we can just get on with our day.” So that ability to take a step back and rationally assess the situation is something that sets us apart from the animal kingdom.

“Amazingly enough, a large portion of humanity seeks out fearful experiences, like riding roller coasters or viewing terrifying media programs. Is fear pleasurable for them? According to Brownlowe, no. What they are enjoying is the ensuing chemical euphoria. “Once the ‘fight-or-flight’ signals cease,” Brownlowe elaborated, “the brain releases neurotransmitters and hormones that mediate… ‘rest-and-digest’… heart rate [comes] down, breathing is slowing, goose bumps are relaxing. There’s a sense of internal cognitive relief in the body, and that feels good.”

Strategy to Calm Your Fears

I guess Brownlowe’s motto would be: if you’re scared, scare yourself even more! This is like the desensitization component inherent in the CBT approach of psychotherapy. A noted director of a psychotherapy clinic once put it this way: “If you’re scared of spiders and are locked in a room full of spiders for a week, do you think you’ll still be scared of spiders at the end of that week?” Perhaps not, if you survive the ordeal and don’t die from fear.

Not surprisingly, we Jews seem to have a divergent tradition in dealing with fear. “Ein od milvado” is the mantra, says Rav Chaim Volozhiner, that can trump any fearful situation. Intently focusing on the fact that there is not even one subatomic particle in the entire universe that exists without the will of its Creator, neutralizes the influence of perceived negative forces.

The Brisker Rav employed this tactic during his escape from German-conquered Poland during the Holocaust. Numerous times, doom seemed inevitable as Jews underwent German soldiers’ inspections, and the resultant release – which the Rav attributed exclusively to focusing on “ein od milvado” – was nothing short of miraculous. Tapping into the higher consciousness that there is no power whatsoever besides the Creator lifts a person above all the perilous sources of fear and propels him into a realm where the only thing that exists is the will of Hashem.

Of course, it’s no simple feat to emulate the Brisker Rav. Rabbi Avigdor Miller once said that life’s journey has two roads:

The super-fast highway and the slow, winding country road. The highway of life is “gam zu l’tovah”: recognizing that absolutely everything is an expression of Hashem’s will and is thus for the person’s benefit.

The low road, Rav Miller said, is “gam zeh yaavor,” this too will pass. Realizing that a negative situation – as painful, fearsome, or unpleasant as it may be – will eventually fade into the oblivion of history past.

The preferred, more efficient route is gam zu l’tovah. But not everyone can navigate that path, so Hashem gave us another, workable route called gam zeh yaavor. But there is no reason why anyone should have to resign himself to isolated mediocrity. Even while making use of lower-consciousness methods such as “this too shall pass” or “if you’re scared, scare yourself some more,” we can remain cognizant of the fact that another approach does exist.

That is the approach of gam zu l’tovah and ein od milvado. That awareness alone connects us to this superior approach and gives us a part in it. And who knows, maybe, just maybe, we will sometimes manage to infuse a bit of that higher consciousness directly into our lives.