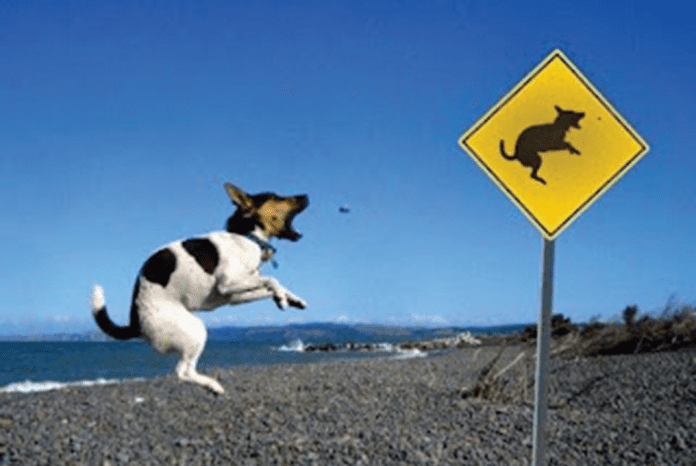 Light travels faster than sound. Therefore, some people appear bright until you hear them speak.

A Texan in Jersey

A Texan is visiting New Jersey and feeling thirsty, he stops at a farmhouse along the road. “Can you give me a drink?” asks the Texan.

“Of course,” says the farmer, and he invites the Texan to come in.

“I raise chickens,” says the farmer.

“Well, out front it’s three acres, as you can see, and in the back, we have close to six acres of property. What about your place?”

“Well,” says the Texan, “on my ranch, I have breakfast and get into the car, and I drive, and drive and I don’t reach the end of the ranch until dinnertime.”

“Really,” replies the farmer, I once had a car like that, too.”

My Son the Doctor

Leah meets her old friend Naomi, and they start talking about their families. “So, how’s your son getting on?” Leah asks.

“What nachat my Sheldon gives me. He’s now a qualified doctor and has just opened an office in the city. His patients all work for the top banks, brokers, insurance companies, you name it. Sheldon is a very good doctor, Leah, you should go see him for a check-up,” said Naomi.

“Listen, Naomi,” replies Leah, “I’m in perfect health, so who needs a check-up?”

“Don’t worry Leah,” says Naomi. “My Sheldon is such a good doctor – he’ll find something!”

A Tie That Pops

Chaim got a new job at a men’s clothing store, and he was hoping that this was the job that he could finally hold down.

On his first day, a customer approached him. With his manager watching the interaction, Chaim was determined to impress.

“Good morning young man. How may I help you?”

“I’m looking for a tie that will really make my blue eyes pop,” said the customer.

“Young man,” replied Chaim, “Any tie will make your eyes pop if you tie it tight enough!”

Bravery in the Israeli Army

“I hope so. You see, my men over at the United States Army are so well trained, they’re the bravest men in the world.”

“Well, I’m not so sure about that, General,” replies Goldstein. “My men are very brave, too.”

So, Goldstein calls Private Barak and says: “Private Barak! I want you to stop that tank simply by standing in front of it!”

“Are you crazy?” says Private Barak. “It would kill me! Are you some kind of fool?”

Goldstein turns to a Marshall and says, “You see? You have to be pretty brave to talk like that to a general.”

Bleckstein is seriously ill and decides to make a will. He calls his brother Isadore, a lawyer. When Isadore arrives, Bleckstein directs him to write.

“Nu?” replies Bleckstein, “So let them work for it like I did.”

Dave Rosenberg recently made aliyah to Israel and was still getting used to the new bureaucracy. One day, he received a very strongly worded “second notice” from the Israeli Tax Authority saying that his taxes were overdue. Dave ran down to the tax office, paid his bill, and said apologetically that he must have accidentally overlooked the first notice.

“Oh,” confided the tax collector with a smile, “the Israeli Tax Authority doesn’t send out first notices. We have found that the second notices are more effective.”

Dr. Bernstein was a new doctor in town. He was a Harvard-trained doctor in the big city with a great reputation, but he decided to move to a small town instead. The townspeople were enamored by their new fancy doctor, and he soon got a reputation that he could cure anything and anybody. Everyone was amazed with what he could do – everyone except for Mr. Thompson, the town skeptic.

Dr. Bernstein scratched his head and mumbled to himself a little, then told Mr. Thompson, “What you need is jar number 47.”

So, Dr. Bernstein brought the jar out, opened it, and told Mr. Thompson to taste it. He tasted it and immediately spit it out, “This is gross!” he yelled. “Looks like I just restored your sense of taste Mr. Thompson,” said Dr. Bernstein. So, Mr. Thompson went home… very mad.

One month later, Mr. Thompson decides to go back to Dr. Bernstein and try once again to expose him as a fake, by complaining of a new problem. “Doc,” he started, “I can’t remember anything!” Thinking he had Dr. Bernstein stumped now, he waited as the doctor scratched his head, mumbled to himself a little, and told Mr. Thompson, “What you need is jar number 47, it’s…”

But before Dr. Bernstein could finish his sentence, Mr. Thompson was cured and fled the room!

Shulem and Pessy Schechter were parents in a typical Chassidic family with many children. They had ten kids, six boys and four girls. One night, Shaindy, their oldest, was chatting with her mother about how their parenting style had changed from the first child to the last. Pessy answered that she had mellowed a lot over the years:

“When your oldest sister coughed or sneezed, I called the ambulance. When your youngest brother swallowed a nickel, I just told him it was coming out of his allowance.”