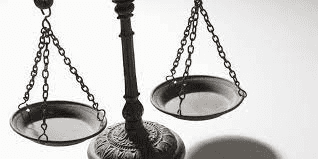 Danny, already in his mid-40s, decided to move to Jerusalem, Israel and enroll in a yeshiva. Having never received an extensive Jewish education, he was overwhelmed by the large number of Torah laws that he was entirely unaware of. He was particularly intrigued by the agricultural laws of the Sabbatical year (“shemitah”), which apply this year (5782), and dedicated most of his energy to studying these laws. Then, he embarked on the study of the financial aspect of the Sabbatical year, namely, the cancellation of all debts with the conclusion of shemitah, with the onset of the new year on Rosh Hashanah. The cancellation can be averted by signing a special form called a Prozbol.

Danny panicked, as he had recalled collecting a loan of $50,000 after the last Sabbatical year some seven years ago. The loan was collected from his friend Stanley, and Danny was not in a financial position to return the sum. As he was then unaware of the laws of shemitah, he had not prepared a Prozbol form to allow collecting the debt.

Danny and the yeshiva’s rabbinical staff consulted with our Bet Din to determine whether he needs to return the money to Stanley.

How should the Bet Din rule, and why?

The Torah mandates that all loans extended be cancelled with the conclusion of the sabbatical year. Today, this decree is of rabbinical origin since our nation is in exile. Thus, by rule of the Shulhan Aruch it is prohibited for one to claim a loan any time after sunset on the eve of Rosh Hashanah of the following year. This ruling is applicable to basically all types of loans, though it excludes instances in which a lender previously collected collateral from a borrower in order to secure the outstanding obligation. The rationale behind this ruling is that collection of collateral prior to the conclusion of the sabbatical year is comparable to collection of the loan.

A great sage of the Mishna named Hillel observed that because of this mandate people were growing reluctant to lend money as the sabbatical year approached, fearing the inability to collect the debt prior to the time of cancellation. Since the decree was already reduced to a rabbinic restriction, he effectively instituted a Prozbol, a system that enables one to collect outstanding loans even after the sabbatical year. By process of a Prozbol, creditors submit all loans to a rabbinical court, thereby authorizing the court to collect the debt. This effectively allows the creditor himself to collect the debt, since it is the court that is in essence prosecuting the borrower and not the individual. Additionally, a rabbinical court entrusted with the power of collection is similar to holding collateral against a loan and may be viewed as already collected before the cancellation date.

Legally, it is unnecessary for the lender to appear before a rabbinical court to submit the debts owed to him, as it suffices to fill out a Prozbol form before two witnesses. The witnesses are not to be related to one another, or related to the lender. The Prozbol is effective only for loans extended prior to the signing of the application. It is therefore customary to fill out the form shortly before the time of cancellation.

Interestingly, contemporary halachic authorities rule leniently with regard to people who were previously non-religious and unaffiliated with Jewish practice who consequently did not complete a Prozbol form.  Hence, in the event a loan was already collected after the sabbatical year, in such instances the funds need not be returned to the borrower. The rationale behind this ruling is beyond the scope of this article.

A Prozbol form according to Sephardic tradition is being provided for our readers. As mentioned, once the form is signed by the witnesses it is valid, there is no need to contact or submit the form to the Bet Din. It is perfectly permissible to use the services of any well recognized Bet Din that is appointed by the masses, even if the Bet Din is located outside of one’s area.  Renowned sages of Syria would customarily use the services of the rabbinical courts of Israel to officiate a Prozbol.

Verdict: The Time Is Right

Our Bet Din ruled that Danny was permitted to withhold the $50,000 he collected from Stanley. Although Danny did not prepare a Prozbol prior to last year’s Sabbatical, by law he was not required to do so. As mentioned, only loans past their due date are cancelled with the conclusion of the Sabbatical year. Since the loan extended to Stanley was only payable after the sabbatical year, it was not cancelled and a Prozbol was not needed. Furthermore, even for other smaller loans Danny collected from borrowers that should have been cancelled, he nevertheless does not need to return the funds. Since Danny was a non-observant Jew unaware of the prohibition at the time he collected the loans, according to leading contemporary halachic authorities he may withhold the funds. Obviously, now that Danny is an observant Jew he is required to prepare a Prozbol for the upcoming cancellation date. If he fails to do so, his loans past due will be cancelled upon sunset the eve of this Rosh Hashanah.

A Prozbol form according to Sephardic tradition is being made available to our readers. Follow the instructions detailed in Torah law when filling out the form.

David rented a home from Steven for ten months, with the rental contract expiring on June 30, 2022. Although David was planning a trip overseas in early June, he nevertheless, as per his contractual obligation, sent Steven payment in full for the month of June. David moved all his belongings out of the house and returned the keys to Steven on June 7th, before he left for overseas with his family. While overseas, David immediately realized that he forgot to empty the vault in the master bedroom prior to his departure. He contacted his brother and gave him the code to the back door to enter and collect his valuables from the vault. Upon his brother’s entry to the home, he was confronted with an entire family living on the premises. The brother contacted Steven, the owner, and he arranged for the vault to be emptied and its contents returned. However, David was exasperated that Steven, without consent, rented out the home to another family before June 30. In Bet Din David demanded of Steven that all proceeds from the new tenants are to be forwarded to him. David explained that since he rented and paid for the home until June 30, he is the rightful owner and is entitled to the earnings. Steven replied that as the owner he had the right to rent out the vacancy especially after David returned to him the keys. Furthermore, Steven explained that he rented his home for the summer at a high summer rate per month and he clearly had no intention of forwarding his earnings to David. David responded by threatening that either the summer tenants vacate the property until July 1, or all proceeds of the three-week term be paid to him.