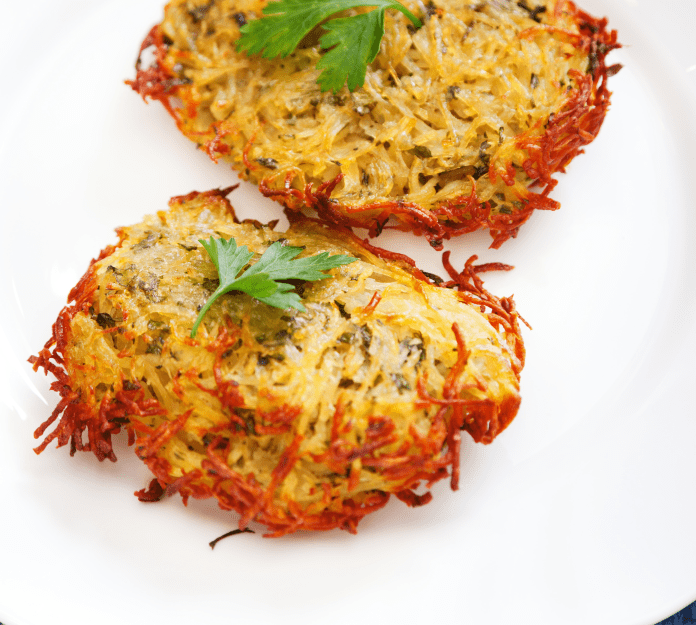 Kids – See if you have what it takes to become a Junior Chef!

Heat half the oil in a large frying pan and let it begin to sizzle.

When you say a berachah, you must say it loud enough to hear your own words.

Available at Artscroll.com and at all Judaica Stores.

Get creative and combine the potato with other delicious vegetables such as sweet potatoes, carrots, or beets!

WHAT’S IN A NAME?

Technically the word rosti means “crisp and golden” and refers to foods sautéed until crisp and browned. Rosti (pronounced RAW-stee or ROOSH-tee) is a Swiss potato dish perhaps best described as a cross between hash browns and a potato pancake.